News > Uber IPO: What you need to know

Uber IPO: What you need to know 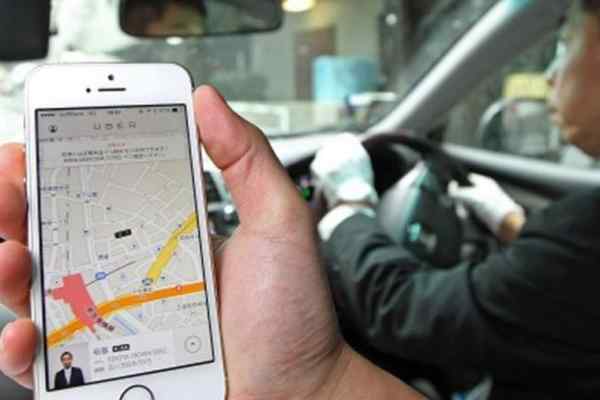 And just how did it rack up those billion dollar losses?…

Investors are getting their first real peek under the hood of global ride-sharing giant Uber as its IPO filing, consisting of hundreds of pages of detailed information, gets submitted to the US Securities and Exchange Commission. Assuming the IPO goes smoothly, it will be the biggest listing of 2019 as Uber is understood to be seeking to raise US$10 billion and could begin trading publicly as early as May.

Uber’s line up of investors consists of Toyota Motor Company, Jeff Bezos, Fidelity Investments, SoftBank and Tencent Music. As of October 2018, Uber was funded by more than 96 corporate and private investors, raising over US$22 billion from its capital ventures and investors. Based on this, Uber can claim to be the number-one rated unicorn (a private company valued at over $1 billion) globally.

While Uber has long released partial financial results, the IPO filing provides the first comprehensive look at their numbers and operations. Investors want detail, especially as many already have rival, Lyft’s, March IPO filing as a reference to benchmark Uber’s value. Comparisons between both companies are inevitable, and prospective investors will be keen to break out Uber’s US ride-hailing numbers from global figures as Lyft only operates in North America.

Once floated, Uber will be under considerable pressure to achieve profitability.

Uber disclosed $50 billion in gross bookings last year, up an estimated 45 percent from similar figures in 2017. Ubers data also showed slowing revenues. Of the $11.4 billion revenue reported for 2018, $3 billion were generated in the last three months of the year, up 2 percent from the previous quarter. While that number translates into year-on-year quarterly growth of 25 percent —it fell short of the 38 percent rate recorded in last years third quarter.

Understandably curious Investors are seeking explanations for Uber’s slowing trajectory, and some speculate that these numbers as a sign that Uber’s core ride-sharing business may be stalling. Investors are also likely to want to know what line of business the money is coming from as Uber expands into other sectors including food and package delivery plus e-scooters and e-bicycles, plus Uber has also said that they are looking into driverless vehicles and flying taxis. Uber’s last public valuation was US$76 billion and happened when Toyota invested in Uber in 2018. Further details on the number of shares to be offered and their price are not likely to be known until a later filing.

The multi-billion dollar question now is how attractive Uber will be to investors?

The company is not without its challenges. While Uber’s 2018 revenues were a 42 percent jump over the previous year, their operating losses are significant. The filing shows loses of US$1.8 billion for 2018. While this represents a considerable improvement over the US$4.1 billion losses recorded in 2017, Uber is still prioritising growth over profit.

Much of the speculation around these numbers attribute the losses to competition from Lyft which saw a price war in the US/Canadian ride sharing space, while increasing competition slowed growth in the food delivery space. This is particularly evident with current user numbers. Uber recorded 91 million active users as of the end of 2018, up 23 million on the previous year. Revenue, however, almost halved in 2018.

Further adding to Uber’s US woes was the loss of ‘hundreds of thousands’ of customers in January 2017, following the #DeleteUber backlash against the company after it lifted surge pricing around JFK International during a New York Taxi Workers strike. The strike was in support of protests at US airports over Trump’s immigration policies and the condemnation against Uber was swift.

Uber’s problems extend beyond the US. The company suspended activities in Bulgaria in 2015 after protests and a threatened strike by Bulgarian taxi operators who said Uber practised ‘unfair trade practices’ as Uber drivers operated without taxi licences or any defined legal status. Following an investigation by authorities, Bulgaria’s competition commission fined Uber €50,000 for unfair competition and the Bulgarian supreme court banned the company. Recently passed legislation in Bulgaria requires taxi services to be provided by licensed carriers with qualified drivers on formal contracts.

Uber also exited the Danish market, where it had more than 300,000 customers, in 2017 when fare meters and seat occupancy sensors were mandated for all vehicles operating as a taxi. In Italy, complaints and a six-day strike by the Italian taxi associations saw the Italian courts blocking the Uber app in 2017. A subsequent appeal lifted the ban but only for the company’s Uber Black service, which uses licensed taxi drivers.

The numerous challenges facing Uber will not end there either.

Once floated, Uber will be under considerable pressure to achieve profitability. Industry speculators say that this could force a sea-change within Uber. That said, over the short-term, Uber is likely to see investing in growing user numbers as a priority.

Based on their previous behaviour they are likely to seek to use promotions, incentives, and aggressive discounts. In 2018 over US$3 billion – a third of their total operating costs – was spent on sales and marketing. A continued focus on growth could also see Uber investing in new markets and operations while they continue to underwrite ‘flying taxi’ as well as autonomous vehicle research. All of which raises the question of whether price hikes will be part of a post-IPO Uber?

Uber also faces regulatory challenges. Their business model is reliant on low-cost driver contractors. If regulators rule that Uber drivers are not contractors, but in fact employees (who would then be entitled to benefits and protection via minimum wage laws) losses could grow. In the Uber filing, Uber notes that over 60,000 drivers expressed interest in arbitration over employee misclassification. It says the outcome of this “could result in significant costs”.

Given the hype surrounding Uber’s IPO and investor behaviour around Lyft’s recent float, it is probable that potential investors will be unfazed by Uber’s losses. Lyft lost $911 million in 2018, yet investors valued the company well above its last private valuation. Morgan Stanley Goldman Sachs says Uber could be valued up to $120 billion when it lists, over US$50 billion more than initially anticipated. Uber could surpass Facebook (US$104 billion in 2012) and Google (US$23 billion in 2004). But the company still has a long way to go to reach Amazon and Apple, both of whom achieved trillion-dollar valuations.