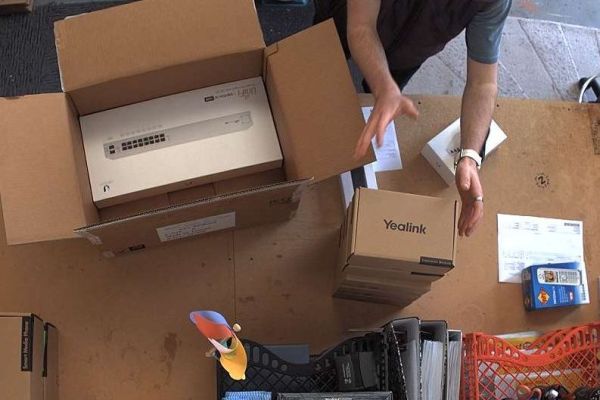 How an hour of development eliminated pesky manual labour…

Faced with an infrequent but niggling task which amounted to finding a needle in a haystack, technology distributor SnapperNet consulted its enterprise resource planning provider First Software to automate it away. The problem was searching through video footage to confirm how outwards goods were packed; with First Software’s help, what once took at least half an hour of manual fiddling with video recordings now takes just minutes.

Located in Auckland’s North Shore, SnapperNet takes orders from a network of resellers around the country, sending out thousands of parcels of valuable technology products every week. When each parcel is packed, a surveillance camera captures exactly what goes into the box and how. If a customer queries quantities or contents SnapperNet can today, through its n2 ERP system, instantly locate the video and review it.

The ability to introduce this automated functionality, said Richard Paul, SnapperNet director, is thanks to the fact that First Software is a locally-based developer. “Though it wasn’t a major issue, as our picking and packing staff are efficient and accurate, any query would require at least a half hour of going through pick bench footage to identify the specific time and date that the queried parcel was packed.”

He said the company came up with the idea of taking the video feed and integrating it with the n2 ERP system, sending invoice information to the camera, timestamping it on the captured footage image, and indexing the invoice information in the camera system. “We went to First Software and asked them if this would be possible.”

First Software’s n2 ERP solution is used by some 75 companies in New Zealand, predominantly in the wholesale/warehousing/retail industries. Business development manager Stewart Martel told iStart that one of the key advantages it offers customers is the ability to rapidly respond to requests for customisation or additional features. “When Richard came to us with this idea, it made perfect sense. While they weren’t losing a lot of time, it is one of those things which can be an annoyance, and which good software can easily solve.”

It took First Software’s developers just over an hour to make it happen. “Our team added a function to n2 so every time an invoice is generated, it automatically sends the invoice number and customer name to the camera,” Martel noted.

Now, if there is any query, SnapperNet staffers just type in an invoice number and the system goes straight to the footage of that specific parcel being packed. “From around half an hour to review an order, we’re down to a couple of minutes. It removes a task which, while necessary for quality control, was an annoyance,” Paul explained.

He said that the integration of the camera with the ERP system has potential for other distributors, particularly those handling high volumes of orders. “If you’re doing thousands of packages a day, the time saving could quickly add up.”

Paul said the way n2 is built and the fact that SnapperNet is using Mobotix cameras which are designed to integrate easily with 3rd party software made the process straightforward. “The next step for is to look at our inwards goods and returns, with the cameras recording the condition and contents of returned packages as an ‘independent 3rd party’. That way, there can’t be any arguments about the state in which returned goods are received – and again, that will be automated with a time stamp which will make it simple to access footage when required.”