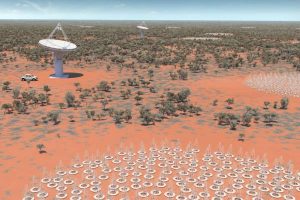 Once called ‘the sexiest job of the 21st century’, data scientists are currently a hot commodity…

We used to call them business analysts, now we call them data scientists – a title not even listed as an ANZ Standard Classification Occupation – but that hasn’t stopped them from being in demand.

But 3,000 new data scientist jobs in Western Australia in the next decade?

That’s the prediction from a new report produced by WA Data Science Innovation Hub and KPMG, that says around 3,000 data science jobs are expected to be created in WA over the next 10 years.

“Demand is peaking for these specialists, especially across Australia and New Zealand.”

Using Australian Bureau of Statistics (ABS) Census occupation data and data available from online job sites, Data Science in Western Australia: What we do today will pave the way for a better Tomorrow says there are currently 32,034 full-time data science employees in Western Australia. With about a 60:40 male/female gender split, most of these work in professional, scientific and technical industries, followed by public administration and safety, and financial and insurance services.

But it’s not enough.

“Western Australia will need more data scientists – both in quantity and quality,” says the report.

“Work across all industries is becoming more data-driven, affecting both the skills and jobs required.”

Data collection in Western Australia is increasing, thanks in part to facilities like Pawsey Supercomputing Centre and the Square Kilometre Array, as well as the International Centre for Radio Astronomy Research and Centre for Digital Agriculture.

The growth in demand in Western Australia reflects international trends too: Data science job postings have increased steadily over the last few years, rising sharply in the last two.

“The world is transforming as a result of Covid-19 and digitisation is occurring at a rapid rate in a multitude of industries, seeing data science trends accelerated in their adoption.”

The demand for data experts is booming across all industries, in particular health, the financial services industry, insurance, higher education and retail.

If only it were that easy. From lack of executive buy-in, to a lack of available talent, there’s a lot that can get in the way when attempting to populate organisations with skilled data scientists.

According to the Innovation Hub’s report, barriers include a lack of executive awareness of the value of data science, a lack of private sector investment in infrastructure, bureaucracy and the need for greater coordination across sectors, as well as simply that fact that there are “not enough of them”.

But the report warns optimistic prospects that the industry is demanding pragmatism, along with digital chops, from candidates.

“Data scientists need to demonstrate some commercial acumen as a theoretical model won’t save the business money or identify where money should be invested,” says the paper.

The report also looks to the future, predicting several that the rise of specific technologies such as programmed intelligence, narrow AI, broad AI and reinforced AI, will have a profound effect on the data scientist role in the immediate future.

And as the robots taketh away, they giveth also. ‘Augmentation’ of an occupation – defined in the report as ‘the capability of technologies to supplement the efficiency of a job and in doing so, enabling a worker to gain capacity to do higher value work’ – will affect around 42 percent of data science roles in the next 10 years.

The paper predicts that this augmentation-enabled capacity gain will amount to a total gain of 6,300 full-time equivalents within Western Australia over the next decade.