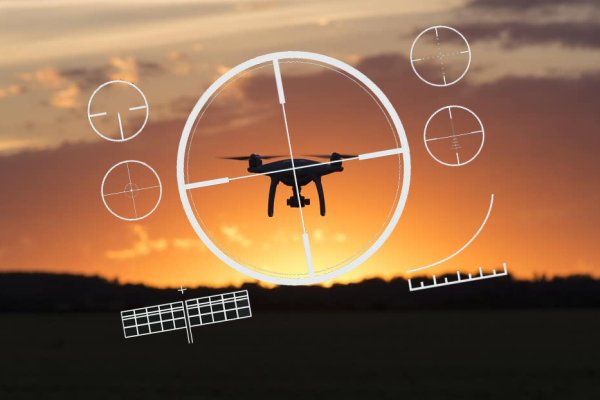 With endless applications and plunging prices, we seem to be entering the age of drones everywhere, all the time.

It doesn’t take much for a noisy drone to ruin a beach picnic or cricket match, or offend one’s sense of privacy. But annoyance can easily turn more serious. Case in point: The September attack on Saudi oil facilities which caused significant damage to two oil facilities and saw oil prices – and Middle East tensions – soar.

While use cases for drone tech are plentiful, the emergence of hostile applications is even more unsettling – ISIS has claimed responsibility for hundreds of drone attacks, including the dropping of explosives.

Simply put, the malicious use of drones and the data they collect can pose a risk to public safety, be deliberately used to facilitate or commit a wide range of criminal acts, and even present a threat to national security. It’s a risk that security agencies and custodians of major national infrastructure are taking very seriously indeed as they seek defences against Unmanned Aerial Vehicles (UAVs) and the UAS (UA-Systems) that control them.

People should be able to attend events and gatherings free from the prospect of drones being an agent of harm.

It’s those sorts of threat that are behind the quickly developing counter-drone industry.

It’s a rapidly-filling market with startups of every description, from simple detection and tracking all the way through to elaborate devices that can snare flying drones in nets, disrupt GPS signals and even shoot rogue drones out of the sky via high energy laser beam.

Local companies, too, are getting in on the act.

This month Australian firm DroneShield unveiled its military-minded vehicle-mounted counter-drone system, dubbed the DroneSentry-X. The ‘detect and defeat device’ is mounted on the top of vehicles and can detect drone threats (at a distance of two kilometers) and automatically disrupts drones operating on consumer and commercial ISM frequencies to a range greater than 300m.

The Australian division of German electronics company Rohde & Schwarz has announced monitoring and countermeasure trials are planned for its ARDRONIS anti-drone solution for federal and state level customers in Australia and New Zealand.

The early warning system can detect activity even before drones take off, detecting and disrupting drone control uplink signals.

Managing director Gareth Evans says the automatic radio-controlled drone identification solution, which can locate both the rogue drones and the operators themselves, will soon be offered to Australian and New Zealand customers.

“Rohde & Schwarz is acutely aware of the dangers posed by unauthorised drone activity,” he says.

“The disruption at Gatwick Airport in the UK has highlighted the emerging threat not only to lives, but also to economic activities and critical infrastructures”.

Evans says anti-drone technology is a rapidly developing field and as such, government can struggle to keep pace with the shifting tech. Australian Federal Police have been eyeing anti-drone options, coordinating with the Australian Communications and Media Authority (ACMA) to address the risk to the private sector and public safety risks.

“In Australia there are pretty strict rules in place for drone operators and the Australian Civil Aviation Safety Authority has made these quite accessible and easy to understand.

“But countering drones can be a fraught business because legislation hasn’t kept pace with technology and where approvals are needed to use a jammer or electromagnetic pulse, there is no legislation to cover this,” says Evans.

“But, waivers can be obtained and these have been given for events such as the 2016 Commonwealth Games.”

Nevertheless, regulation only plays a small part in the bigger picture Evans says. In addition to the law, legal bodies need ways to enforce those rules.

“Having rules is only one part of the equation and an effective counter drone strategy is needed to ensure public safety at events like APEC 2021 in New Zealand.

“Rohde & Schwarz has been aware of the growing threat from drones for some years and we’re very proud of our ARDRONIS product which is being reviewed by a number government agencies in Australia.”

‘The product is already in use overseas because people are seeing that we have very high detection rates, and can pinpoint where a drone is being controlled from with an astonishing degree of accuracy and speed, often before the drone takes to the air.”

In New Zealand, ‘relatively flexible’ drone laws were passed in 2015 ‘allowing for the growth of fast-developing technology’.

Those regulations are overdue for an update says Victoria University.

“C-UAS can take many forms, including detection and surveillance systems; radio or GPS jamming; ‘protocol manipulation’ that takes over control of a drone; nets that entangle the drone; and firearms, lasers or even a special C-UAS ‘grenade’ to knock a drone out of the sky.

“Other countries have already taken steps to allow or enable the use of C-UAS. Australia deployed it for the Commonwealth Games in April. The United States is undertaking trials at selected airports and the United Kingdom reportedly used it to protect against drones at the royal wedding in May.”

And the New Zealand government is in fact looking at creating new legislation that will make it legal for drones to be shot down – under certain circumstances.

“We put fences around high lookouts and along cliff edges to prevent people falling; we regulate to require isolation of dangerous machinery; we can and should implement policy now that allows relevant parties to implement systems to reduce the potential for drone-related harm by preventing drones from accessing the areas where they will cause most harm.

“There should never be the opportunity for drones to fly in the approach and departure paths of our major airports, major infrastructure should be protected from errant drones, and people should be able to attend events and gatherings free from the prospect of drones being an agent of harm.”