Why data analytics is set to slay corporate data silos 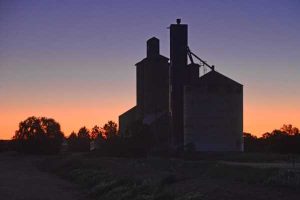 Backed by accessible analytics, it is about what and not who you know, writes Maurizio Canton…

Silos are not only those tall towers used for grain storage, but also in today’s corporate parlance the pesky divisions and hierarchies that are rampant across many organisations – and largely resistant to destruction.

They take many forms, and once established prove to be tenacious and embedded, keeping people in their boxes, marginalised and isolated, cementing a ‘them and us’ culture which remains the perennial gripe of corporate life.

Of course, the number crunchers have woken up to the fact that a siloed workforce has deeper repercussions. Such schisms keep particular skills and knowledge locked in pockets of the business and compromise the sharing of intelligence and best practice. Processes may be duplicated or outsourced at greater expense, an inefficiency which ultimately undermines performance and profits.

This is why a seamless integrated team has become the Holy Grail of today’s workplace.

Indeed, from the marketing collateral gathering dust in the reception foyer to induction sessions and the annual conference, no opportunity is wasted to advance the importance of a one vision, one culture utopia, where everyone works as together, an entirely cohesive culture cemented by the much-lauded corporate values.

That’s the theory, but ham-fistedly applied in practice, it’s an approach that usually falls short. Brand values can carry weight up to a point, serving as a barometer of who or what represents the ‘right’ cultural fit, informing recruitment, promotion or demotion, and used to reach the front line – but it rarely has much traction beyond head office.

Hours spent crafting a snappy alliterative soundbite, to this end, is inevitably time wasted, barely registering on the radar of those at the sharp end. More than anything, it’s an endeavour that highlights both the depth of divisions that exist and the mistaken focus that marketing can gloss over the cracks.

Analytics to the rescue
Something more meaningful is needed. Step forward data analytics, which is now teetering on the brink of perhaps its most game-changing incarnation of all – primed and poised to make significant inroads to banish silos for good.

By enabling deeper analysis which can derive greater value from business data, the fusion of technology and human insight has fuelled the data explosion and put it at the heart of decision-making. Buoyed by the proliferation of mobile technology and ubiquity of cloud, things are getting even more interesting as industry leaders extend the reach of this traditionally complex area in the workplace – analytics and insights – beyond the usual domain specialists.

Visualisation is at the heart of this accessible makeover. It morphs information into clear graphics that provide an instant snapshot of the story usually buried in the data, so that non-experts can spot anomalies in performance and gain insight in real time.

The upshot is an empowerment and independence which will challenge traditional hierarchies and ways of working, in turn lead to the gradual erosion of IT bottlenecks and the dependency culture that relies on a select few to extrapolate intelligence.

Deeper repercussions
The efficiency benefits are clear, but the repercussions go deeper. Democratising data creates a level playing field. Knowledge is power and only by extending this privilege beyond the usual confines will there be transparency and equality needed to meaningfully address the limitations of long entrenched silos.

Greater freedom around the access and sharing of information heralds a shift from passivity to proactivity and shapes a culture where people generate findings and results themselves rather than awaiting instruction, while in turn changing the conversation around what people are privy to and expect to be included in.

It won’t happen overnight, but the momentum is already building, and where it really matters – on the front line – it is evident among the growing number of retail teams that can access data themselves to inform customer service, rather than rely on missives from head office.

Ironically, the technology that empowers people to think as individuals is far more likely to smooth divisions and, in turn, foster a more fluid, integrated environment.

That old adage deserves a rethink, for in the modern workplace, it will be all about what you know. Who you know may become a lot less critical. 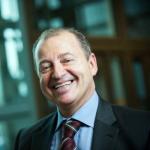 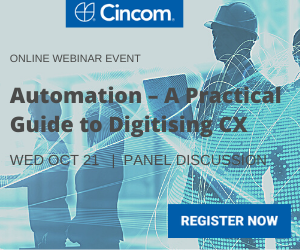