Opinion Articles > The robot accountants have arrived, and they mean you no harm

The robot accountants have arrived, and they mean you no harm 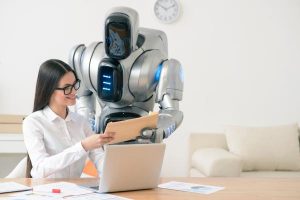 Ask not what you can do for the robots – ask instead what they can do for you, contends BlackLine’s Ann Furlong…

They’ve been replacing humans on factory production lines for years, and now robots are making their presence felt in the office. Powered by sophisticated algorithms and armed with an ability to learn, they’re poised to replace many white-collar workers within a few short years.

For these software robots, any manual, repetitive task where decisions can be reduced to a series of rules is fair game.

One place this revolution has already started is the accounting department where they’re doing things which once required people. One example is the traditional bank reconciliation process. Typically, an accountant would open a bank statement and look at corresponding accounts in their ERP or General Ledger  Accounting System, matching transactions and looking for any discrepancies. Robotic Process Automation (RPA) robots do the same thing, only much, much faster.

Since it starts at the individual or task level, this trend is the ‘bottom-up’ form of the robot uprising. Manual tasks are shifted to what are essentially robo-accountants.

Process-level robotics
The other RPA robot deployed today works at a macro or process level. For example, an organisation could look at its overall bank reconciliation process and design it to include automation as part of the standard accounting workflow.

The robot built to do this is likely part of a software platform designed with a data connection and integration layer to the General Ledger or ERP system. It is configured to ingest bank files, match them against transactions and identify discrepancies.

This is the ‘top-down’ approach of the robot uprising, where top-level processes are considered. Rather than the robot mimicking the accountant and performing screen scrapes, data inputs, and other tasks, it instead controls the upstream process while routing exceptions to a human accountant when necessary.

These two types of robots can be deployed together, with a process-controlling robot sending exceptions to a robo-accountant for further analysis. The robo-accountant uses its rules and algorithms to process what it can, and then forwards any remaining items to a human.

Smoothing the period end
RPA robots can also help improve the way an accounting department deals with period ends. Rather than staff managing workload spikes at each close, much of the required activity is robotically handled.

After the period-end, accountants traditionally keep busy processing and verifying journal entries, reconciling accounts, analysing balance fluctuations and producing financial statements and reports.  Now, much of this work can be shifted to robots, smoothing the workload spike. Freed from having to perform all of the manual processing tasks, accountants can instead focus on dealing with exceptions and investigating discrepancies.

When a company achieves a sufficient level of automation, the advantages of connecting systems and data in such a way that robots can do the bulk of the work is clear. The advantage isn’t just about efficiency, but also the possibilities that this efficiency unlocks.

With data sources connected to robots, and the robots processing it quickly, there is no need to wait until period end. Robots process the data as it’s available, again, routing any discrepancies and exceptions to the accountants. This shift transforms a traditional Record-To-Report (R2R) process into Continuous Accounting.

These more sophisticated robots will assist with compliance, fraud mitigation, and analysis, furthering the shift in human workloads to strategy and business decision support. The end result is a world in which accounting systems become the centre of intelligence for the financial health of the business.

Whether following a top-down, bottom-up, or combined approach, much of the work traditionally done by humans will be taken over by robots. Accountants will function more as trusted business advisors, explaining the financial health of the business to peers and advising on the financial impact of decisions. They will be knowledge workers, as their jobs will revolve around handling and using information.

And just when will that future arrive? The shift is already underway within many accounting departments. Expect the pace of change to accelerate, as the robot uprising is in full swing. 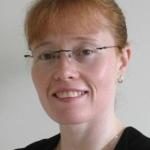