Opinion Articles > The re-emergence of process as a competitive differentiator

The re-emergence of process as a competitive differentiator 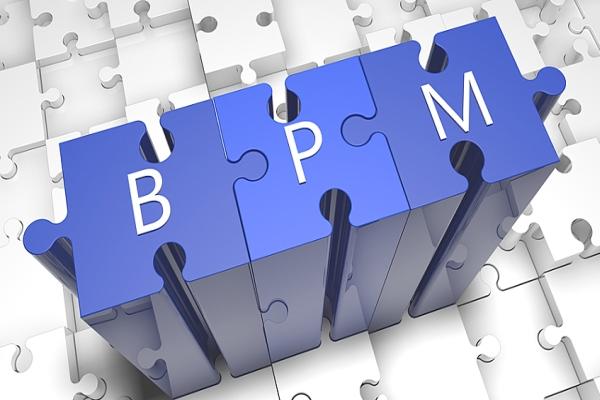 It’s not only what is done, but also how, writes Ivan Seselj, advancing the argument that process can deliver the edge…

More than eight in ten organisations believe business process management (BPM) has a positive impact and seven in ten plan to either maintain or increase their BPM spending in the next three years. Be that as it may, the focus on process is hampered by historical failure, while a poor track record of process improvement dogs a significant proportion of Australasian companies.

These were the findings of a mid-2015 study by TNS Global which assessed the current state of BPM in Australia, New Zealand and the United States, drawing responses from 627 functional managers and senior executives representing a range of industries. Participants spoke of BPM projects delivering benefits ranging from improved customer satisfaction and reductions in training time and costs, to more consistent service delivery. A surprising finding for public sector organisations is that they are more likely to report staff efficiency gains than their private sector peers.

The reality of current practices
However, not all Australasian organisations are realising the full potential of their BPM activities. In fact, the majority of local respondents acknowledge there is still much work to be done.

Across all countries and industries, almost one in four research participants (and 58 percent of Australia’s public sector) still have few or no processes documented. Even where documentation does exist, confidence in the processes is low, with only four in ten organisations believing their processes are better than those of their competitors.

The reasons for this poor track record are varied. Some say they are hampered by insufficient resourcing committed to improvement, with almost seven in ten Australian respondents pointing to low improvement staff numbers. Time is another issue. Despite the potential ROI, adding BPM workshops into the mix still appears to be a stretch.

Lack of consistency in establishing, documenting, managing and monitoring processes is also a common problem. It’s hard to establish a process framework if each department manages its processes differently. This ties in with another often cited concern – ownership. The majority of organisations said that they do not have fundamental process governance roles and four in ten do not have process owners identified.

The lessons of the past
There is one other reason why some organisations haven’t boosted their process management efforts, or why their attempts tend towards the superficial. These are the organisations that remember the early BPM approaches of the 1980s and 90s when many projects sucked up resources and good intentions with little return. It was a time when documentation itself was often the end game. Over time, many of these processes were largely forgotten, and had minimal impact on real business activity and outcomes in any event. There was no attempt to sustain this information or improve processes and for many organisations the significant investment in ‘documentation’ was considered unsuccessful.

Today it’s a different story. Heightened competition and the modern business imperatives for consistency and continuous improvement have brought renewed focus on BPM. But this time, the processes aren’t static. They are online, owned, living embodiments of an organisation’s knowledge, providing a foundation for action and a starting point for improvement.

Reconciling the contradictions
Most businesses investing in processes achieved improvements in consistency, standardisation and in alignment between teams. Perhaps most convincingly, the research also found a correlation between a focus on BPM and higher profit growth over the last three years.

Yet at the same time, Australian organisations lag in documenting processes. Few believe they are providing sufficient resources to maximise the benefits of their BPM projects.

What is clear is that BPM is achieving noteworthy benefits in both the public and private sectors, in Australia, New Zealand and the US. Because of this, it is attracting interest right across the board and according to the survey, seven in ten organisations will be maintaining or increasing their investments in BPM in the coming years, with 37 percent of Australasian organisations planning an increase in BPM investment, starting in 2016.

Start with the fundamentals
While organisations reported good outcomes, there is still a great deal of room for improvement in the way BPM projects are managed and realised. Before boosting investment in process, organisations need to understand that fundamentals like governance structures and resourcing can extend the benefits even further. Rather than focusing on BPM as a technology shift – if we take the learnings from history – we need to consider other elements critical to success. This includes factors like process owners, establishment of a governance structure, the role of ‘visible’ leadership, the introduction of a central, accessible process repository, and the application of process methodologies that communicate knowledge in formats appropriate for the intended audience.

As we look forward to the next five years – the organisations reaping the real and sustainable benefits from improvement efforts will do so through the right ownership, leadership and accessibility of this invaluable IP. Far from existing in static files and folders, process knowledge has transitioned to become an integral part of everyday business. It can provide a framework for consistency, efficiency and improvement to support an organisation’s ability to learn faster than the competition. When managed effectively, process is a critical enabler of competitive differentiation.

Ivan Seselj is the founder and CEO of Promapp Solutions, a Deloitte Asia Pacific Tech Fast 500 company. With a finance and internal audit background, and experience in business process improvement roles across a range of organisations and industries, Ivan has helped hundreds of companies around the world develop and foster a positive improvement culture.

Other Articles by Ivan Seselj

Why it pays to focus on process

For more than a decade business surveys and management text books have identified strategy execution as the number one challenge facing CEOs. The problem isn’t the quality of management strategies, says Ivan Seselj.  It is the difficulty of carrying them out…