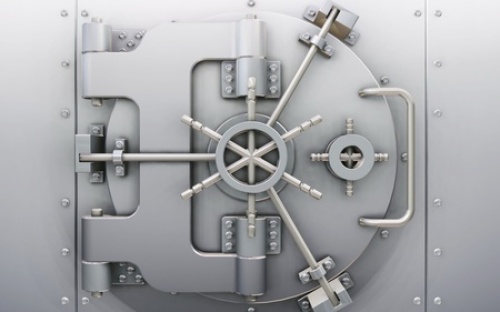 Business needs
BNZ is one of the largest and oldest banks in New Zealand. Founded in 1861, BNZ operates 180 branches that provide banking services such as checking accounts, credit cards, and home loans. BNZ, which is a subsidiary of the National Australia Bank Group, also offers a full suite of insurance services and provides financial services to commercial and agricultural businesses.

The Business Intelligence Centre of Excellence at BNZ provides vital data, including performance management reporting. Local branch managers receive monthly profit-and-loss statements and other financial information so they can compare their branch performance against targeted goals.

National Australia Bank used to provide this information, but in 2005 BNZ took over the process to speed up the delivery of data. For about four years, BNZ used features of the Microsoft SQL Server 2005 data management software, including SQL Server 2005 Analysis Services and SQL Server 2005 Reporting Services, to deliver information to branches.

As the bank continued to grow, the tools used for delivering and analyzing monthly business intelligence (BI) became inadequate. “Network performance suffered because of the sheer volume of information,” says Shawn Lewis, Data Architecture Manager for Business Intelligence in the Finance Department of BNZ.

The different software programs used by employees for analysis created more problems. John Andrews, Project Manager for Business Intelligence in the BNZ Finance Department, says, “The data analysis tools were quite fragmented and they created manual, time-consuming processes. We needed unified tools that could provide better self-service business intelligence capabilities to our employees.”

BNZ plans to deploy Excel 2010 in the Finance Department in late 2010.

BNZ also plans to implement Microsoft Office SharePoint Server 2010 as part of the overall solution. This will let employees use PowerPivot for SharePoint. Users will be able to share and collaborate on their analysis by publishing it directly on the intranet; automated feeds from BNZ core systems will update information at specified intervals. By using these tools, IT administrators can carefully manage the distribution of information.

The bank began testing a beta version of SQL Server 2008 R2 in late 2009, with 10 employees, including IT staff and finance analysts, participating in the pilot. They are focusing on streamlining the reconciliation process, in which data feeds from several sources—Microsoft SQL Server and Oracle databases, an SAP data warehouse, and transactional banking systems—are imported into Excel 2010. Users work with an average of 5 million records a month.

Benefits
The powerful BI tools supported by SQL Server 2008 R2 are expected to improve vital business processes for BNZ. With the self-service BI functionality provided through SQL Server 2008 R2 and the PowerPivot tools, bank employees will be able to do much more of their own analysis. The BI tools will deliver more detailed information, helping to uncover data that may have been overlooked in the past.

The technology is also expected to make information easily accessible to more employees, which will lead to greater collaboration across the bank.

Delivers managed, self-service BI
PowerPivot for Excel will provide powerful data analysis functionality inside the familiar spreadsheet software that BNZ employees use every day. It will also help to reduce or completely eliminate the manual processes involved in moving data back and forth between various applications used for analysis.

Additionally, IT managers have access to tools that they can use to carefully manage how data is distributed and who can access it. “The BI capabilities of SQL Server 2008 R2 are a huge step beyond what has been traditionally used in the bank. We have already identified several key areas where we can empower BNZ employees with self-service business intelligence,” says Lewis. “It also relieves branch staff and other subject matter experts from having to rely on the BI department for information.”

Provides more detailed information
With the new BI functionality in SQL Server 2008 R2, BNZ employees can discover much more data than in the past.

“With PowerPivot for Excel, I can import very large data sets from different sources and start analyzing information immediately—there is no need for coding or technical knowledge to make it work,” says Andrews.

“The PowerPivot tools help to expose more data than what was available before, which greatly enhances the level of business intelligence that executives can use to make important decisions.”

“Eventually we’ll promote the new SQL Server BI capabilities, to a much wider audience. The BI capabilities of SQL Server 2008 R2 are a big step forward, and we know that many departments can benefit from the insights gained by using the PowerPivot tools.”