Dealing to the donkey work: How automated integration drives innovation 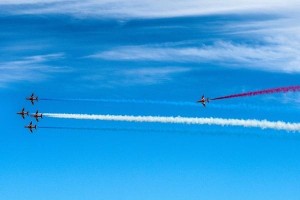 Integration, recognised as a powerful concept which allows IT to better serve business, is traditionally difficult and expensive…

On a recent visit to New Zealand, MuleSoft founder and VP of product strategy Ross Mason sat down with iStart to share his perspectives on integration, automation and the new challenges facing distributed businesses.

The first thing we wanted to know was a direct account of how he came to write the mule (an enterprise service bus). “I was working at an investment bank, with the task of connecting seven systems. That’s nothing today, but at the time, it was huge. It involved about 30 million Euro, took two years and had 12 teams involved.”

In other words, it was a nightmare, Mason confirmed. “Being in the thick of this thing for 18 months, the outcome didn’t seem to be particularly impressive, yet it was deemed successful. I thought, ‘if that is success, we have to do better’.”

Mason identified the shortcomings of vendor tools for data integration between various systems. “It was almost impossible; I would come home and complain to my now-wife. She said ‘stop complaining and do something about it – so I did.”

The mule (and in due course, MuleSoft) was the outcome and Mason confirms the name was selected because these beasts of burden do the heavy lifting. “Integration is like that. There is a lot of shitty preparation that has to be done to get it to work. By building that into the platform, the donkey stuff is automated so the focus falls elsewhere, where real value can be created.”

Why not DonkeySoft? “We figured ‘Mule’ sounded a lot better,” laughed Mason, “and AssSoft probably wouldn’t be ideal.”

Headquartered in San Francisco, the 2006-founded company today employs 650 people and has offices all over the world. Fuelled by several rounds of venture capital funding, Mason declined to say if it is yet cashflow positive.

A more complex world demands more integration
Back in 2006, most systems integration was internal to the value chain, connecting one on-premise solution to another and causing headaches for the likes of a younger Mason. These days, it is more frequently a question of connecting on-premise systems with cloud services. And there are a lot more of them.

But that’s the tactical issue. The strategic one that Mason sees is the tremendously changing role of central IT. “The way the IT organisation operates is completely different. Central procurement was fine when technology was peripheral to the business, but today, every company is a software company. We all use software to be more efficient, to compete, and all our customers use software. We use more and more technology to interact with providers to get the experience we want.”

Of course, that necessitates – you guessed it – integration. But this isn’t a case of ‘Maslow’s Gavel’ (to a man with a hammer, everything looks like a nail), because examples abound of how integration delivers value.

Mason explained why integration is such a big deal, particularly for ‘new era’ companies which are innovating not just within their businesses, but within their sectors. “[These] businesses don’t need to create new things, they just need to make existing things better. Today, the building blocks [to create a new business, or line of business] are numerous and cheap; when MuleSoft started, open source was in its infancy. Now it is pervasive.”

From open source software, which long in the tooth industry insiders will remember as a mistrusted concept in its early days, has flowed the concept of public APIs on the web and the easy availability of a multiplicity of services. “You can get all things necessary to make a business, things which a few years back would have either taken forever to develop yourself or which would simply not have been possible,” Mason continued.

Things like an API to integrate telephony, or payments, or facial recognition. “Building one service on your own in 2006 would take six months plus. Now you can pull everything together and have a business in three days, together with operational infrastructure. You can just grab stuff as you need it.”

Mason described this new reality as exhilarating. “There has never been a more exciting time to be a developer,” he said.

It’s not hard to see why, either. With the ability to create innovative business models using nothing more than ingenuity and a knowledge of how to access and present information to customers in ways they find valuable, developers with commercial acumen potentially hold individual power to shake up the apple carts of established industries.

And we’re seeing it, too, said Mason. “Traditional organisations are competing with new companies which don’t have the same regulation and legacy [which can slow them down and drive up costs] and they can deliver new models of service that delight customers. That’s what we’re talking about now; integration never used to be a big concern, because this stuff [mass personalisation] didn’t matter five years ago. The consumer wouldn’t expect the additional information like you get today when you book a plane ticket, taxi or accommodation. Now, they very much do.”