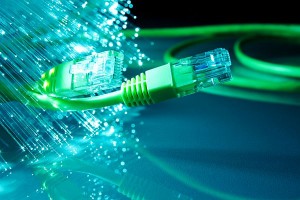 The price proposals set out by the regulator dictate the maximum monthly rental charges that Chorus can charge telco retailers for use of the copper and broadband network. These prices have been in a state of uncertainty for the last three years and all indications were that the price would drop significantly, as laid out in the Initial Pricing Principle (IPP).

According to the latest proposal, however, fixed line charges for the unbundled copper local loop (UCLL) will increase from $23.52 to $28.22 while the proposed wholesale price for the unbundled bitstream access (UBA) service, the main product used for broadband provision, will be $38.39 per month, compared to the price that came into effect on December 1st of $34.44 per month. Prior to that $44.98 per month was the price Chorus has been able to charge for the UBA service for the past few years, so while this is still a drop, it is nothing like the amount that the telco retailers were banking on.

Telecommunications Commissioner Dr Stephen Gale explained that while the ‘TSLRIC’ model used to calculate these charges was an orthodox one, the copper prices came out higher than those indicated in the IPP due to “uniquely New Zealand factors, such as the dispersed nature of the rural network”. The UBA prices came out as close to the initial benchmarked price, while copper prices were higher.

“This is the first time we have undertaken such a comprehensive modelling exercise. We are therefore very interested in the industry’s views on the model we have built and the reasoning behind our modelling choices,” he said.

The industry has reacted to the news with unanimous dismay. Spark put out a release indicating its intention to undertake an urgent review of all of its broadband and fixed voice customer pricing. Managing director Simon Moutter said that the announcement was “unexpected” and the company would now be facing increased annual costs of $60 million per year based on the new numbers.

“For the past two years, we have been anticipating a $10 reduction in broadband costs, which has been reflected in our current customer pricing. But what we didn’t expect was a $5 increase in the cost for a residential or business line – for both broadband and standalone voice services. All of this comes on top of recently implemented increases in Chorus connection charges for broadband services.”

Vodafone spokesperson, Craig Jones, has also expressed the company’s disappointment in the proposed prices saying that in the competitive New Zealand broadband market retail broadband prices have decreased and value has increased significantly over the last two years, while Chorus’ wholesale pricing has not changed. He also said that Vodafone had already factored in the drop in copper pricing from 1 December and the Commission’s proposed new pricing will increase the costs faced the business.

Peter Wise, senior research manager at IDC New Zealand, said it was fair to say that the retail service providers had been anticipating a significant drop in pricing for broadband as indicated in the Initial Pricing Principle (IPP) issued in 2012. For instance he said the price for UBA was going to drop from $44.98 to $34.94 which would have been the largest ever drop in the broadband price. Instead the new proposed maximum price is $38.39. Wise said that off the back of those assumptions and given the competitive market, the telcos had taken some calculated risks and he was not surprised by their reaction to Monday’s announcement – although he did stress that the prices are only a draft proposal and are open for discussion.

He said Spark will be the most effected by the pricing changes because not only does it have to deal with the unexpectedly high broadband price, but it also uses the largest chunk of copper services and the ongoing increased cost will have a significant impact. Spark shares took a tumble after the announcement, falling below $3.00. Meanwhile, Wise said any backdating of price changes would cause a significant one-off issue to all concerned – perhaps as much as 20 percent more since 2012, depending on the Commerce Commission’s final decision.

On the end user front, TUANZ CEO Craig Young has expressed his disappointment pertaining to the new-found uncertainty around prices for broadband users saying that he had expected customer pricing to continue its downward trend but now it is possible that this trend will be reverse come April when the final charges come into force.

He also said TUANZ is concerned that the Commission has chosen not to make a formal statement on backdating until it releases a discussion paper on the issue and he noted the limited time for organisations to submissions on the decision given the complexity of the subject.

The Commerce Commission is seeking submissions from interested parties on both draft decisions. Submissions are due by Friday 23 January 2015.