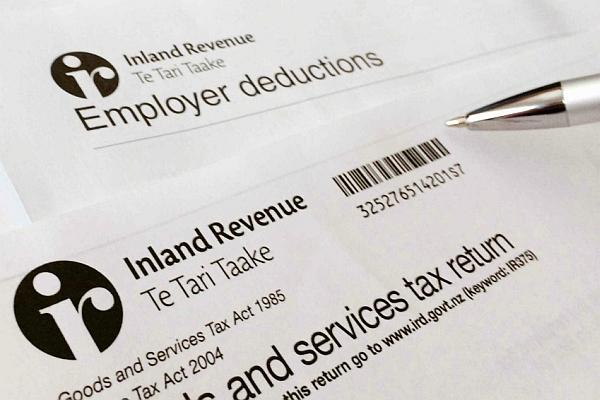 Digitisation and automation are driving efficiency in tax compliance…

The Inland Revenue Department is in the midst of a major public service digital transformation effort. The point of the exercise? To make it simple, convenient and easy for Kiwis to pay their fair share of tax, and receive any entitlements they are due. GST has already been revolutionised under this programme of work, and now the next target is set to roll out by April this year: payday reporting.

Greg James, IRD Deputy Commissioner, Transformation, said the organisation commenced its shift to digital enablement ‘in all seriousness’ around three years back. “We got the tick from the then-government for a transformation which, at its core, is about making tax and the social products we administrate simple, open and certain. That means making sure that whatever we design into the tax and social system is easy for our customers to use.”

In most cases, James explained, the desire is to consume tax at the source and not have IRD customers interact with the tax system unless absolutely necessary. “This is at the heart of what we are working to achieve. As we go on this journey, we are mindful that if we move the compliance burden from the IRD itself to our customers, we fail. So, we are very focused on customer centricity, and that means taking time out of the system for them.”

Fast, automatic, easy
Payday reporting is another example of digital rubber hitting a previously analogue road, where the intention is to reduce the overhead on taxpayers – an overhead which consists of both time and effort, and money.

Payday reporting replaces all previous employer deductions and all New Zealand employers must be compliant on or before 1 April 2019 (subject to legislation passing through Parliament) by upgrading or replacing existing payroll systems.

James said IRD customers, particularly small and medium enterprises, have already had a ‘taster’ of digital transformation delivery, with the integration and automation of GST returns. “[Transformation] is a process which has been seen by especially our small and medium enterprise customers, where changes to the tax system which reduce overhead have a real impact in terms of giving time back which can be invested into running their businesses, or even just for more leisure time.”

Managing ecosystem change
Agreeing that change, whether for the better or worse, comes with an overhead, James explained the IRD takes a careful, considered and steady approach to introducing any new developments. This applies across the tax accounting ecosystem, including with software and other vendors which must adapt their systems accordingly.

The IRD, as James makes clear, doesn’t operate in a vacuum; in fact, far from it, the transformation is driven in the interests of those it serves. Within the tax ecosystem are multiple vendors which provide software and services which interact with the IRD’s systems and which, when any change is made, must adapt. “We work closely with software and accounting service providers, sharing our release plans in advance so they can see what we are thinking,” James explained.

An example of one such payroll vendor is Unit4. A spokesperson from their local implementation partner Agilyx explained what’s involved from the perspective of a business systems vendor: “We’re currently using the IR 345/348 electronic filing system, but there are still some vendors which use an older paper-based system and this is being made redundant with the payday reporting changes in the IRD’s filing system.”

Agilyx also advises that all vendors which integrate and interact with the IRD’s systems face an overhead in terms of the investment necessary to integrate their software with the new suite of IRD webservices. “While this represents an upfront cost, the payday reporting change allows for the development of autonomous processes which reduce workload by eliminating menial tasks. The benefits including efficiency gains, improved data integrity and future proofing accrue to our customers, which are also IRD customers, and that more than makes up for it.”

The IRD maintains close contact with software providers, which allows for a collaborative approach to development. Agilyx again: “As for keeping our customers up to speed, we engage through account managers to ensure everyone is on the same page with what is planned and when the rollout dates are.”

Notably, added James, this makes for a two-way street: “We often get some brilliant ideas back from the software and accounting industry in terms of how we can shape our systems to benefit customers. Specifically, with payday reporting, we’ve engaged extensively with the payroll industry, intermediaries and large organisations handling wages on behalf of multiple businesses, and large players like the Department of Education and the Ministry of Social Development where benefits are also part of the process.”

There’s another aspect to change which must be considered: a change in government can imperil legislation (and intentions) introduced by the outgoing administration, but not yet codified into law.

James said inasmuch as the IRD’s transformation is concerned – and with payday reporting as a case in point – this isn’t an issue with the rise to power of Jacinda Ardern’s coalition. “The good news is that we had the opportunity to brief the then-opposition, so they knew the journey and objectives. With the coalition in place, we’ve worked closely with the new Revenue Minister and the Minister of Finance. They have been very supportive and it is all looking very positive that the Bill before Parliament will pass.”

Automation: the way of the future
Research, added James, suggests that automation and simplification of tax collection and allocation is the way of the future. After all, in the long run, it will reduce the cost of collection and administration, allowing more tax to reach its ultimate intended goal (which is for the benefit of all citizens). “When you give time back to people running businesses, it enables them to be more productive for the New Zealand economy. That’s at the heart of what we are doing, and when you think of payday reporting, it is about making it simple for people to ensure that they are on the right tax code, that the right amount of tax is deducted, and that real time information is available on the income of every individual.”

It’s not only crucial from a ‘tax perspective’, stressed James, but also from a social one. “The products we run, like Working for Families, Child Support and so on, are dependent on accurate income tax information. Moving to payday reporting gives benefits across all these areas and are a basis for moving away from, for example, secondary tax codes [which complicate matters for taxpayers and administrators]. So that makes this quite key to the whole transformative effort we are undertaking.”

The bigger picture, James said in conclusion, is that the IRD is taking another solid step towards what he calls ‘seamless tax automation’. “It’s something we used to call ‘straight through processing’ in the private sector, where the whole process handles itself with no intervention from the customer. People just want to pay their fair share of tax – and it shouldn’t take up any of their time to do that.”