News > Leave ‘failure is OK’ aside, accept that ‘risk is OK’

Leave ‘failure is OK’ aside, accept that ‘risk is OK’ 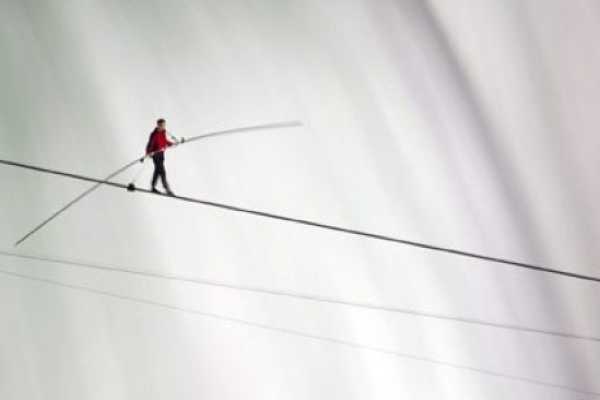 That’s the experience of Tim Bird, GM of Agilyx, which provides the Unit4 Business World ERP system in New Zealand.

He said there is, quite understandably, a high degree of inertia when it comes to back office systems which appear to be chugging along just fine. “While those systems may well be performing as steadily as they always have, the reality is that often the organisation’s needs have changed or the world has moved on without them.”

Old systems can veil their obsolescence through the very fact that they may work pretty well, often after what can seem like a lifetime of tweaks and changes. It is generally a wise man, when it comes to complicated technology systems, who leaves good enough alone. There’s even a name for it – the good enough principle – which states that consumers will use products that are good enough for their requirements, despite the availability of more advanced technology.

Yet in an age of digital transformation, data analytics, artificial intelligence, mobility and more, perhaps what once was ‘good enough’ no longer is. The target moves rapidly; by letting things rest for a decade or more, the sheer magnitude of advances which pass by, one day at a time, conjures up the frog in a pot analogy. Your frog might not be literally boiled as the heat keeps coming on one degree at a time, but get left far enough behind and your figurative goose could be cooked.

But change isn’t always easy. Or, as Bird bluntly puts it, there is no zero-risk option. “Whenever companies look at the feasibility of making a change to a core system, it is a process of weighing up the risks and getting to a ‘go’ or ‘no-go’ decision. In one instance, we had a company which had an old business critical system, supported by one person who was looking to retire. The company looked at the options on what to do, concluded that any effort to change would be too risky, and decided to do nothing. They had effectively normalised the existing business risk of having an unsupported critical system, because they had lived with it for a while, and focused solely on the risks associated with a change.”

Nature being a cruel task master simply meant that in opting for a perceived zero-risk approach, this organisation had merely deferred the inevitable. “There is this idea that doing nothing is the safe option; I would absolutely challenge that, because even if you are not changing, the world around you most certainly is.”

Other risks which Bird said he encounters in the field include:

In a tumultuous environment where picking the right course of action is made more difficult owing to the sheer number of options, Bird said there is no inherently safe choice aside from accepting a degree of risk. Not doing so might leave your organisation to become the next Kodak.

He pointed out a subtle but important distinction. “Risk avoidance isn’t the same thing as risk management. Do nothing and you will become irrelevant, either by going out of business or by no longer meeting the needs of your customers.”

Bird said delaying change can result in misunderstandings, ineffective reporting, and a business performing well below par, among other problems. “As Mark Zuckerberg said, ‘The biggest risk is not taking any risk’. For those organisations which have noticed that their older systems are not capable of matching business requirements, the solution is not to avoid change, but to manage it well.”