Summer of Tech comes to Auckland 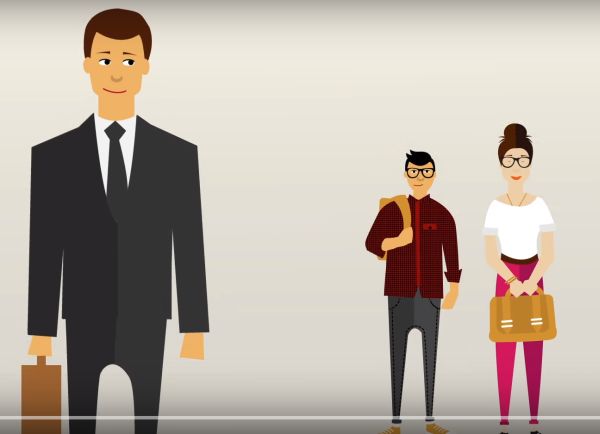 Summer of Tech, the not-for-profit group which organises paid summer internships in IT companies, is launching in Auckland this year…

Billed as a great way to invest in the next generation of New Zealand tech talent and a strategic recruitment tool for building a team, Summer of Tech has been helping tertiary graduates of IT-related subjects get placements within the IT industry in Wellington since 2006. Now it is bringing the initiative to the big smoke; internships will run from November to February with preparatory bootcamps and recruitment events held throughout the winter.

Summer of Tech’s CEO Ruth McDavitt said she is currently taking expressions of interest from local IT companies willing to take on interns, and is also working with employers, partners and sponsor organisations to help shape the bootcamp programme between now and August.

Summer of Tech brings together candidates with skills in development, software engineering, DevOps, digital design, business analysis and digital marketing to name a few. Prospective employers can meet the candidates at meet-and-greets and through ‘speed interviews’. Interns are paid a minimum of $20 per hour and have a dedicated mentor for the duration of their time at the company.

Candidates also attend bootcamps which are designed to prepare the would-be interns for the world of work by providing them with a range of technical and non-technical skills.

“Our bootcamps are short workshop-style events designed to inspire and inform students about the technologies and skills they’ll need in the workforce,” McDavitt explained. Technical topics include software development fundamentals (like code management, software testing and databases) which are only lightly touched on in most courses. Summer of Tech also runs higher level “masterclasses” on topics like mobile development, Javascript, and other key languages, tools and processes in high demand in local IT businesses, she said.

“Soft skills are just as important. Summer of Tech volunteers help with CV writing, communication skills, interview preparation, and we run bootcamps on Agile and career topics, too.”

While McDavitt said she cannot talk about specific companies looking for interns until May, she did say that there have already been expressions of interest lodged from a range of employers this year. She was, however, able to reveal that the bootcamps will include presenters from well-known businesses such as Xero, Trade Me, Powershop, HealthLink, Koordinates and Spark Ventures.

As with previous years, McDavitt said that eighty percent of the interns who finished up their stints in February have been offered permanent positions with their employers. Cloud project management software firm, Psoda, has taken interns for the past few years and hired its two interns this year; one in a user experience role and the other as a junior programmer. CEO, Bruce Aylward says paid internships, like those provided through Summer of Tech, are essential to the New Zealand technology industry. He said the bootcamps prepare the students well for business life and that hiring interns is a great way for small companies to bring fresh, new ideas into the workplace without the baggage of a previous business culture.

“They help us develop and, importantly, retain the next generation of tech employees and entrepreneurs. This is particularly important in small countries like ours that already have skills shortages,” he said.

If you are interested in taking part in the next Summer of Tech, Aylward says he believes it is important to attend the events over the winter where you can meet the student candidates and get to know them.