Alison keeps the pantry stocked up year round with rolling forecasts 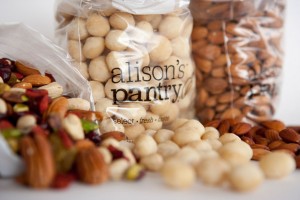 Three years ago Prolife Foods identified the need to have a formalised sales and operations planning process to strengthen the link between sales and marketing, and operations, and to improve efficiency.

“We used spreadsheets for 12 to 18 months but we found these were cumbersome for forecasting,” says Ralph Blackburn, general manager operations and supply chain.

“We weren’t spending much time on it because it was too hard. There was a lack of key performance indicators and we were only forecasting out for three months when we needed a 12 month rolling forecast.”

Prolife Foods is one of New Zealand’s largest importers, manufacturers and marketers of nuts, dried fruits, snack foods, cereals and confectionery products. It has sales revenue of $65-70 million.

The company was founded 25 years ago in Hamilton by Bernie and Kaye Crosby, as a hot nut vending supplier to health shops and the hospitality trade, operating out of a garage. Today, it employs around 270 staff and has its own purpose-built food facility on 8.5 hectares of industrial land in the city. Manufacturing capabilities include nut roasting and flavouring, dry blending, oven roasting, and packaging finished food products.

Prolife Foods owns the well-known Alison’s Pantry brand, which is endorsed by Alison Holst. In some of the bigger supermarkets, there are up to 270 bins stocking the product range, creating a ‘store within a store’.

More than forecasts
In preparation to deliver its Sales and Operations Planning Project, a software project team was formed, involving Blackburn, and sales & marketing and information technology staff.

“Originally, we were looking at forecasting tools,”

Blackburn says. “But we saw that a lot of the software packages we reviewed had integrated modules.” The project team reviewed six packages before settling on the Infor SCM Demand Planning suite.

Blackburn, who was the project sponsor, sourced the software from EMDA, a gold channel partner for Infor, who also managed the implementation.

Several criteria had to be met including ease of use, functionality around graphics and tables, ease of data extraction, and the ability to link to Prolife’s ERP system.

The decision was relatively easy when the product stacked up against requirements, and the fact that EMDA also supports the Infor Streamline ERP system run by Prolife Foods. The integration between the two systems was therefore very straightforward. “Our consultant gave us a good feeling about the software and our business processes,” Blackburn says. “He’s an expert on these systems.

“Price was also a consideration. Infor gave us a very good deal for the software bundle. We had originally looked at buying one module but we could see the value and ended up buying four.”

The modules implemented at Prolife were Demand Planning; Inventory Optimiser; Replenishment Planner; and a collaborative tool for external stakeholders.

A decision was made to buy in June 2008 and Blackburn says it was a gradual implementation. “We put in the forecasting module first in July, and went live in August. There was a fair bit of work involved because we also had to look at requirements planning, data export and strategic inventory planning. In September we formed a training requirements planning team, which went live the following month. Everything was fully implemented by the end of January 2009.”

The benefits for Prolife Foods have been substantial. Where previously forecast accuracy was in the low 60 percentile it is now around 73 percent; and delivery in full on time in specification (DIFOTIS – an industry metric) is running at around 97percent compared with around 90 percent previously.

Blackburn says the system allows Prolife to have seasonal safety stock with which it can meet demand that has not been forecast, and have inventory in the right places. “We get greater transparency of numbers and 12-month rolling forecasts” he says.

“We don’t lose too many sales through having low stock. In fact,” says Blackburn, “the system paid for itself within six months by reducing lost sales because of out-of-stocks”.

Bring on mother earth
Prolife has expanded its manufacturing into muesli bars with the purchase of Mother Earth, which added 50 production staff to the team. “We’ll be introducing three new Mother Earth products in the next few months and are confident that the Infor Demand Planning tools will provide us with realistic forecasts for these products before they’re even released.”

Blackburn says Prolife has made a substantial investment in information technology over the past 10 years.

“We’re a Microsoft shop, using SQL Server. We’ve had to add additional servers recently because we are an information-hungry business.”

Prolife has developed a set of key performance indicators, which it has been using for the past two years.

“KPIs have got us a lot more focused,” Blackburn says. “Everyone is now on the same page, looking at the same numbers.

“We’re constantly reviewing the list. It is a moving document.

“They’ve got to be visible down to the bottom level so everybody believes in them.”

The investment that Prolife has made in integrating its manufacturing and demand planning systems means that KPIs are not confined to the boardroom table – they are translated effectively into operational changes as and when needed.