Carlton Taylor Industries gets customer satisfaction made to order 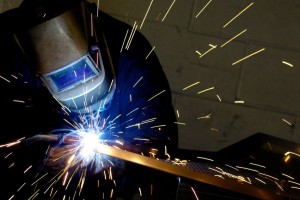 The Christchurch metalwork solutions company has integrated disparate operations, nipping production problems in the bud before they get out of control…

Christchurch’s Carlton Taylor Industries Limited (CTI) provides metalwork solutions for the electronics and electrical industries, as well as for a wide variety of other industries, in both New Zealand and Australia.

The majority of its products are now made to order, to customers’ specifications. CTI supplies large OEM customers in the region. Based in Christchurch, the company operates two factories, where it employs 70 people.

CTI needed an integrated ERP solution that could address two issues. The immediate problem was a lack of integration between the company’s financial and manufacturing systems and those of two companies with which it had recently amalgamated. This systems mismatch was making it difficult to serve CTI’s customers’ needs. The company also needed to make improvements in this area, which were pressing because of increasing competition.

CTI chose Infor’s ERP SyteLine suite partly because it suits the idiosyncrasies of the metal fabrication industry, but also because it is a flexible system that can meet different manufacturing and distribution needs.

“Our customers require flexibility and responsiveness,” says David Hawes, CTI’s general manager. “We have plenty of competition from local and Asian companies, who also have a cost advantage, so it is vital that we have systems in place that are cost-efficient and flexible.”

Both CTI and the metal fabrication industry have seen significant change over the past few years. The days of long lead-times and large volumes have been replaced with demand for short lead-times and quick turnaround, and low-volume orders.

Making three into one
Another challenge facing the company was its recent amalgamation with Aluminium DieCasting and Hamer Precision. All three companies were running different systems and none were they capable of accommodating the new, expanded organisation. “The immediate task was to find a solution that would enable us to integrate all three businesses (each running a mix of manufacturing processes) under one set of systems and processes,” says Hawes.

“The solution needed to provide a view of the business as a whole and a detailed view of each specific area of our operations. Until this was achieved, it was impossible to make any real changes to the business.”

So the newly enlarged company went looking for a solution that had three critical qualities: it had to be fully integrated; easy to install, and come with strong local support. It found the solution in the combined capabilities of Infor ERP SyteLine and Infor’s New Zealand partner, EMDA. “Between them, they could fulfil CTI’s requirements for both the short and long term,” says Hawes.

Before settling on Infor’s ERP SyteLine, CTI looked at two other solutions as well. Infor’s system was chosen because of its combination of functionality and integration, and the quality of local support provided by partner EMDA. Hawes says he is particularly impressed with the system’s financial management functionality.

“The manufacturing functions are tightly integrated into the financials, bringing a level of discipline into the business that we never had before.”

Engineering to Order, Make to Order and Make to Stock functionalities are all built into the system, along with distribution capability, which naturally suits a business that runs a range of manufacturing scenarios.

The new version of SyteLine – version 8 – that CTI installed also has other benefits. Hawes says it was chosen because it can manage a range of manufacturing and distribution scenarios, but a bonus was the knowledge EMDA has built up dealing with other industries. Hawes says he was keen to draw on this knowledge to bring a fresh approach and new ideas into the business.

Quick results
Once the hardware was installed, getting the new ERP system up-and-running happened quickly. It took a mere four months to implement at both Christchurch sites.

The project team was led by CTI’s project manager working in close collaboration with EMDA.

The company also paid close attention to training. Understanding that learning is best acquired over time, and that much of it takes place once people are actually using a system, CTI opted for staggered training.

“We began with introductory courses, then later on we had post cut-over sessions to provide answers to ‘real-life’ questions,” says Hawes. As CTI’s was the first SyteLine 8 site to go live in the region, there were, not surprisingly, a few teething problems.

“But they were minor issues,” says Hawes. “What we have now is a vastly different solution, which gives us an accurate view of the whole business and access to information that helps us serve our customers better.”

Early benefits
While many of the planned outcomes of the new ERP system are yet to be realised, Hawes expects significant cost savings to result from the integration, efficiency and productivity improvements the system has brought about. The company has already seen a number of benefits. Productivity benefits include a 30 percent time-saving in financial administration and better time and cost management of contractors. Integration has also reduced manual data entry and checking, freeing up resources to be used more productively elsewhere.

There have also been improvements in accuracy. These have included faster and more accurate reporting; more precise stock control, and, generally, more accurate information in every area of the organisation.

And then there are the bigger-picture improvements that bode well for the future. The management team can now make better decisions because information is better presented in all areas of the business.

Specifically, management now has a better understanding of production and can view the current status in any area of production. This means it can spot potential or looming problems early on and nip them in the bud. Customer service has also improved, with CTI achieving a 100% fill rate – up from 80%, prior to SyteLine being installed, for customers running on a Kanban system.

Looking to the future
CTI plans to carry on growing its business through both acquisitions and organic growth. “We selected ERP SyteLine with future growth in mind,” says Hawes. “It will enable us to increase the volume and complexity of our operations and also to incorporate acquired companies with ease.”

“While I will not pretend that we didn’t have some challenges in the early stages of the project,” he says, “the speed of implementation was impressive and the cut-over was painless. Everything functioned the day after. The implementation was a credit to both CTI and EMDA.”