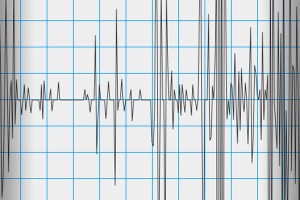 Christchurch-based electrical switch gear importer and manufacturer Bremca Industries was spending a lot of time picking up components from its warehouse floor in September.

After the initial Canterbury quake on September 4, which cracked the warehouse’s concrete slab walls and emptied its shelves, aftershocks were keeping staff on their toes.

One thing they were grateful for, says managing director Andrew McLean, was that the company’s manufacturing and financial system, Infor ERP SyteLine, didn’t miss a beat during the drama.

“SyteLine kept working through the earthquake — it didn’t stop,” says McLean, one of the 38-year-old business’s four shareholders.

EMDA, Infor’s New Zealand channel partner and Bremca’s supplier was also impacted by the quake. Its central Christchurch office was cordoned off for days, and two of six servers were knocked out. But as aftershocks continued, EMDA’s DR processes kicked in, and it was quickly back up and running. Using back up email options, staff also stayed in constant email and phone contact to check on its customer’s welfare.

If SyteLine had stopped, the ripples would have extended far and wide: aside from Christchurch, Bremca has factories in Auckland, Hamilton, Mt Maunganui, Dunedin, Invercargill and Sydney, whose computer systems all connect to the Hillsborough head office, in the shadow of the Port Hills.

“In terms of SyteLine hosting and financial control, everything is driven out of Christchurch,” McLean says.

“If we’d lost the servers or the building here, it would have affected all the sites.”

However, through good design, the results wouldn’t have been catastrophic, since the remote sites were all architected to have local versions of the ERP software and the databases could be restored to the local site.

These would all be synched back to the main Syteline database when things came back online.

“It’s not a total failure if we disappear offline, but it’s still not desirable.”

It’s SyteLine’s ability to handle multiple sites and currencies, Bremca’s 10,000 stocks items, and the company’s financial and manufacturing requirements that make it an essential system.

The company imports and distributes electrical components, and manufactures electrical and mechanical components and switchboards. It exports mostly to Australia and the Pacific, but has also sold products in the Middle East, Europe and Russia.

It’s a diverse business, McLean says, that includes sheet metal plants for making enclosures for its switchboards, of which it is the largest New Zealand manufacturer.

“After the frustrations of using subcontractors and outside parties through the 90s, we moved to a model where we control all the critical steps in the manufacturing process. By setting up our own sheet metal companies we were able to shorten lead times, increase flexibility to give customers what they wanted and be able to shorten our development cycles.

“Research and development are very much part of the Bremca competitive advantage so, being able to do that in-house, we are able to tailor a solution for a customer in a quick space of time then deliver it in volume. If we were relying on outside parties it just wouldn’t happen.”

The company competes head-on with China in the Australian market and with Chinese and other local manufacturers in New Zealand.

Since 2005, when McLean and three other managers bought the business, it has extended its New Zealand branch network and opened one in Australia.

SyteLine was a key part of the expansion.

“Because it can be multi-warehouse, multi-currency, multi-site and multi-company, it catered for our changing and expanding requirements,” McLean says.

“We can set up all the companies on a similar general ledger structure and have centralised entry of customers and items and it ripples through all the different SyteLine entities.

“We only need to update critical information in one spot and it hits all the companies at once. So there are a number of niceties around that, and also around how it handles inter-company transactions between the different SyteLine entities.”

The system handles transactions in multiple currencies, including New Zealand, Australian, US, Singapore and Fijian dollars, and euros.

“It doesn’t matter what currency we buy in, it caters for it well,” McLean says.

SyteLine is also tightly integrated with Bremca’s quoting and CAD systems, its other two key IT systems, that have been developed over the past 20 years.

The quoting system has a web interface so customers can access SyteLine parts availability and price details. Ensuring the systems work together has been EMDA’s role.

“EMDA has been important in terms of interfacing between what we’ve done and SyteLine — making sure that what comes out of our systems into SyteLine is set up the right way and does the right things. EMDA has been very good at that,” McLean says.

On the to-do list is implementing SyteLine CRM and payroll functions.

“I guess SyteLine is the backbone of the business,” McLean says. “Bremca comprises 11 companies across two countries and nine different sites — it’s what links every part of the business together.”

Quake or no quake, Bremca’s backbone was unbroken.