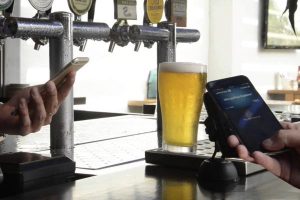 Frustrated with the limitations of an existing ERP solution, Mint Payments searched the market for a better way – and found it in MYOB Advanced Business…

Founded in 2005, Mint Payments provides organisations and businesses with the ability to accept, process and manage in-person, online and mobile payments. With over 40 staff across three offices in Australia, New Zealand and Singapore, Mint makes card and electronic payment transactions simple, safe and fast for businesses and their customers.

But what wasn’t simple for the company itself was an ERP system which was poorly configured and supported. As a result, it implemented MYOB’s Advanced Business and hasn’t looked back.

Situation
Mint had been using Netsuite for around 7 years. As the business continued to grow, it became clear that the old way of doing things simply wasn’t cutting it says CFO David Owyon. “The system was not properly set up to be very automated for expense reimbursement and procurement to meet our current business needs and we were not getting the appropriate level of support. As a result, we weren’t getting the best value from the system,” he says.

Furthermore, adds Owyong, “The finance team was frustrated that we weren’t as automated as we could have been. In fact, I’ve even got a sign that says ‘Get Automated or Get Out!’”

After being referred by a client, the team at Mint decided on MYOB Advanced Business for its broad range of functions, in particular the employee portal for expenses and purchase requests. Mint considered other options, but decided they weren’t the right fit. “We looked at Dynamics and SAP, but they weren’t suitable for our needs, and the costs were too high,” explains Owyong. “And a system like Xero was not an enterprise grade solution that could scale up to our business structure, especially overseas.”

Solution
Mint employed Kilimanjaro Consulting to handle the transition to MYOB Advanced; Owyong says the company took the time to understand Mint’s business before beginning the rollout and provided the necessary training to get the most out of the solution.

After working with the team at Mint on the crucial task of importing data from the old system, Kilimanjaro performed a final reconciliation against the old system to ensure the data was correct. “The assistance and prompt responses made the implementation process run smoothly. They were approachable and quick to answer all our queries. They followed up on the issues that we had and promptly assisted us to solve any problems.”

Being able to access the system online is of critical importance. “As a cloud based system, we can access Advanced from anywhere there is internet connectivity. This is very beneficial as we operate in Australia, New Zealand and Singapore,” he says; Owyong adds that MYOB Advanced is an enterprise grade solution which offers a winning combination of cost, value for money and a simple pricing model.

Results
The ways in which Advanced has made business life easier at Mint are many and varied. “The fixed asset register has been easier to manage in MYOB Advanced as we do not need to maintain a separate record. In addition to this, the calculation and depreciation of assets is automated, which saves a lot of time and reduces errors,” Owyong explains.

Advanced compares particularly well against the company’s previous system, and Owyong reels off a long list of improvements. “Uploading and exporting files in MYOB Advanced is more flexible and user friendly. Automation in payment processing makes the accounts payable process faster and more efficient. Tax modules for preparing BAS reduces the work load, as it has a worksheet already prepared and a tax report with the details. As a result, we don’t need to run multiple reports from the system to work out what to lodge.”

He adds that it is now possible to add a non-stock inventory ID for commonly used items, with no need to fill out all the fields each time an entry is done. “It is easier to use and we can see which invoices are pending approval. We can also export payment details straight from MYOB Advanced to an ABA file to import to the bank, which was not available in our previous system.”

Thanks to the solution, he adds, “I probably save about a day of work a month. Automation in accounts payable, employee reimbursement and purchase requests have helped create efficiency and added value to Mint by reducing manual work – and as an expanding business, the need for automation is important.”