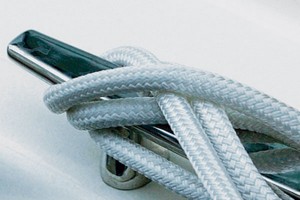 The usual concerns about a strong kiwi dollar making New Zealand companies uncompetitive in the US market didn’t enter into the discussion, says Navico’s Tulsa, Oklahoma-based IT director, Greg Wilson, when it contracted ERP specialist EMDA to undertake the EDI the project.

“EMDA is what I like to call a trusted adviser,” says Wilson, a role it has made its own by delivering quality results for Navico over several years. The relationship goes back to 2007, when Navico acquired the former marine division of New Zealand GPS maker Navman from US company Brunswick, which had bought it three years earlier.

Navico continues to have an engineering centre in Auckland, and former Navman engineers and managers are now on the Navico payroll.

EMDA fits into the picture as the supplier of Infor ERP Syteline, which was used by Navman, and which Navico also runs. With that background, Wilson says, there was no agonising about the impact of the New Zealand dollar-US dollar exchange rate as Navico commissioned EMDA to provide its EDI solution.

“It was about the relationship we have with EMDA.

When we have had issues or difficulties or needs they have proven to be an extremely valuable partner.”

And that’s the way it has panned out once again, as Navico has successfully outsourced warehousing for its customers in the Americas to FedEx.

Manufacturing of Navico’s three marine electronics brands – Lowrance, Simrad and B&G, aimed at the inshore fishing, offshore boating and competitive sailing markets respectively – is carried out in Ensenada, Mexico. Products are made to order from logistics centres in the US, which caters for the Americas, the Netherlands, which supplies Europe, the Middle East and Africa, and Sydney, from where Asia-Pacific customers are supplied.

Since Americas warehousing was migrated to FedEx in the third quarter of this year, manufacturing orders make their way from Tulsa to Ensenada, and the finished products, with associated documentation, are sent direct to the FedEx logistics centre, from where they’re shipped to customers.

Wilson says Navico decided to outsource to cope with growth in sales.

“To be able to meet customer demand, we were going to have to spend a sizeable sum on a worldclass warehouse management system. When we took a look at the return we would get on that investment, it just didn’t make sense.

“It was a lot more financially sound to work with a third-party that had already made that investment, and capitalise on the economies of scale and transfer that responsibility to them.”

That meant developing processes for exchanging information between Syteline and FedEx’s shipping systems. EMDA were “the guys in the middle” that helped bring Navico and FedEx together, Wilson says.

It was a year-long effort, says EMDA technology head Matt Holland, who spent a month in Tulsa during a key part of the project. “What we have done is written a framework that connects to Syteline — and other ERP systems as well — and extracts data from a database, or file, if that’s how it is stored. We then create custom mapping of business partner documents that can be transferred via email or FTP.”

Documents that need to be exchanged between the Navico and FedEx include advanced shipping notices and invoices that the logistics centre needs to be able to process a shipment and send it to Navico’s customers.

Wilson says FedEx has a prescribed document format that Navico had to accommodate in its systems, while also translating its documents into the FedEx format.

Wilson says the project went extremely smoothly thanks to careful planning. “I think the people both internally and externally that were involved with the project were really good.

“It’s been a great success. I’m very satisfied from the IT standpoint and I believe the logistics managers are satisfied as well.

“We haven’t run into any critical or showstopping issues following the go-live, which I think is testament to the quality of work that came out of the project.”

Perhaps more importantly the logistics revamp itself is delivering the goods.

“It’s helped reduce a lot of the end-of-month fire fighting that typically went on within the organisation because our systems couldn’t handle the demand peaks. We have eased a lot of infrastructure and systems-related issues by moving to the FedEx logistics centre.

“And I believe it’s really helped smooth our distribution process and provide greater value to our customers, which is the ultimate goal. We’re able to deliver to customers in a more timely and accurate way than we could in the past.”

The success of the project affirms the solid relationship between EMDA and Navico, Wilson says.

“I anticipate we’re going to have a lot more of these success stories in the future together.”