Tainui Group Holdings lays a digital foundation for the future 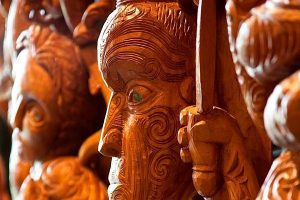 Tainui Group Holdings (TGH) has created a robust platform for its future operations after taking an innovative approach to its implementation of SAP, with the help of Soltius and cloud hosting provider Amazon Web Services (AWS).

TGH is the inter-generational investor and kaitiaki (guardian) of the commercial assets for the 67,000 members of the Waikato-Tainui. Established in 1997, following settlement with the Crown two years earlier, TGH takes responsibility for protecting, nurturing and growing tribal commercial assets. Dividends are used to invest in education, welfare, and health, as well as social and cultural facilities and activities, for the benefit of Waikato-Tainui members.

Since their establishment, TGH have successfully grown their asset base from NZ$170 million to around NZ$1.1 billion today, and have invested over NZ$420 million in the Waikato region over that time. They are also responsible for having directly and indirectly created around 3,800 jobs in the region.

With investment horizons of 50 to 100 years, TGH has focused the majority of their investment in the property, retail, hospitality, primary industries and equities sectors. Key property investments and developments include The Base shopping Centre in Hamilton, the Novotel Hotel at Auckland Airport and the University of Waikato site, among others. TGH financial investments include Go Bus and a stake in Waikato Milking Systems.

If the business was to meet its long-term goals, TGH leadership knew that IT systems would need upgrading. Prior to selecting a new IT solution, senior leaders at TGH identified key elements of their ideal future state:

The Problem
Existing IT systems were identified as a risk to continued growth. The original bespoke ERP system was not fit for purpose, and lacked scalability. Adding even small changes to functionality was difficult, and resulted in both vendor lock-in and serious cost implications for the business. A lack of automation meant resources were consumed by manual processes. Finally, the system lacked key reporting capability meaning that senior TGH executives were unable to get clear answers to questions in a regular and timely fashion.

The Solution
The company engaged Soltius in late 2014, choosing SAP Business All-in-One as the solution to deliver a single ‘source of the truth’. A major reason for choosing SAP over other software options, and Soltius over other vendors, was a reputation for stable, quality systems and long term partnerships.

“For a project of this kind of importance, we needed a safe pair of hands. In this market, SAP and Soltius are that safe pair of hands”, says Helaman Tangiora, ICT Manager at TGH. Implementation of the new ERP system began in January 2015, focusing on finance and real estate management, along with some facilities management, to support TGH’s main areas of investment.

To align with their strategy, TGH consulted with Soltius around SAP’s recently launched Partner Managed Cloud (PMC) hosting solution. In this approach, the SAP partner takes care of deployment, application, and infrastructure management services, as well as ongoing maintenance and support. This was a first for Soltius (and for SAP in the A/NZ region), and TGH have enjoyed the simplification PMC has brought.

In terms of the infrastructure management element of the PMC model, Soltius recommended TGH host their new system on the Amazon Web Services (AWS) cloud platform. This cut out the need to invest in on-premise hardware, and meant a monthly subscription rather a capital outlay with annual license fees.

With their data centre, network and server Infrastructure now all virtualised on AWS in Sydney, TGH are benefiting from economies of scale second to none. The PMC model has been proven to reduce total IT costs by 30% compared to an on-premise deployment, and enables TGH to quickly respond to changing needs in the future. It also ticks some agility and innovation boxes for the company. “AWS is now one of the central elements of our digital strategy”, says Tangiora. “With SAP on AWS, we can turn our servers off when we are not using them. We love that”, he adds.

Key Outcomes
The new system went live on 1 October 2015, with 40 users, which has since grown to 60 as the benefits are realised. The organisation now has one version of the truth, instead of having to refer to multiple systems for their real estate, finance and facilities data, for example. “We’ve already noticed that processes have been streamlined and automated, freeing up our people to do more value adding work”, says Tangiora.

TGH saw immediate improvements in the visibility and traceability of their purchasing operations, due to business process discipline enforced in the SAP system. This has already started to reduce the number of variations, ensuring all purchasing is done with a purchase order and approval in the system, by staff with the correct authority.

The technical implementation on the AWS platform took less than a month from design, to deployment, through to the system being ready for Tainui to use, and helped keep the core project down to around 6 months.

The Road Ahead
Armed with their newfound agility, Soltius and TGH are now looking at developing a roadmap towards mobilising the solution, which will allow their people to perform asset inspections from the field, for example. TGH are also looking at further developing their analytics capabilities to uncover insights from their operational data and steer future decision making. 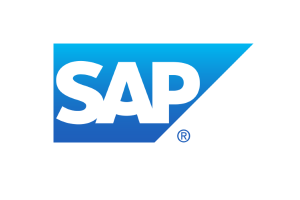 NZ manufacturer leverages EPI-USE Labs’ landscape solution to get a new business up and running, with no downtime…