Home Page > Feature Articles > Why digital transformation must be value-led 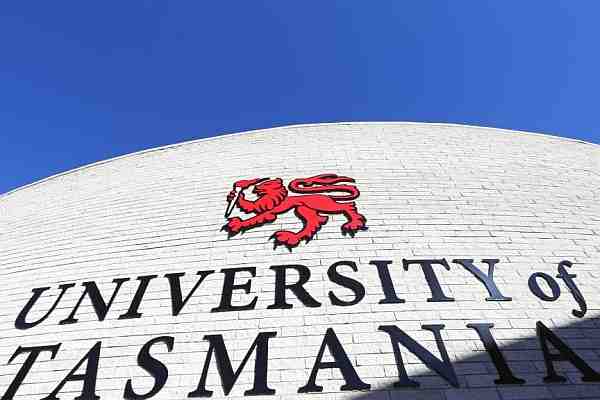 One is that it isn’t new. Another is that it is a journey and not a destination – a process which, while it might have a definite start, doesn’t have a definite end. And probably most importantly, all efforts at digital transformation must be led by delivery of value to the organisation it supports.

That’s the observations from someone well into the process: The University of Tasmania’s CIO Jeff Murray. Over the course of five years, he’s guided a complete reinvention of the organisation’s business systems – a reinvention which has come with a price tag of around A$120 million, but which is delivering lasting and quantifiable benefits.

In a discussion with iStart, Murray said it all started by analysing where IT was sitting and realising that it needed vast improvement; “Particularly around service delivery, the supporting systems and infrastructure, it was clear that things weren’t ideal,” he related.

As is the nature of things in the technology industry (it is not for nothing that Gartner has a hype cycle), there is always the possibility of being led astray by the shiny new stuff. “At that time, there was a rush to the cloud. When putting together a strategy for digital transformation, it wasn’t a case of embracing the ‘latest and greatest’. Instead, we were looking to improve the way the organisation works, uplift innovation of the IT service and help people work better. Everything we considered was analysed in terms of the value it could add,” Murray continues.

Murray will share his story with delegates at the CIO Summit, taking place in Auckland from 13-14 June 2018.

The hardest yards, arguably, were to map every enterprise system over a 10-year time frame and how those systems were expected to evolve, whether legacy, custom, off the shelf or cloud. “We had a very close eye on understanding the way the ecosystem needed to work together to deliver a transformative journey.”

A lot went under the microscope, including the core student system the university runs on which Murray described as ‘the equivalent of manufacturing’s CAD-CAM’ and which itself is an ecosystem of some 20 subsystems. A lot of new initiatives were introduced, too, including CRM, a digital strategy for the external website, a course catalogue system, BI ‘which was virtually non-existent’ and a service management approach across multiple business units. He added that work is presently underway to digitise all processes where paper is involved.

What gave the University an advantage, Murray believes, is his description of the IT environment as ‘a good integration shop’. “We use TIBCO as middleware and that gave agility particularly around doing so many projects in such a short space of time. What that’s allowing us to do is combine front end service delivery into one shop for internal and external customers – something banks have been doing for 20 years, but which in education is unheard of.”

The introduction of service management, using software from ServiceNow, ‘really put digital transformation on steroids’, said Murray – but before explaining that, he said one thing which demands careful attention when making so much change is managing user expectations. “You get a general expectation from users that IT projects work seamlessly. That just isn’t going to happen. It takes time and careful management. Going live is often not the point at which value is realised and that is often the start of building features and functions which do in time add value,” he cautions.

Service management is being introduced across five departments in addition to the IT department. That’s involved the application of proven ITIL service management principles to marketing, student services and HR. More than the simple value of bringing order to chaos, Murray said this has another important benefit: it helps IT become a leader in the business where it once wasn’t.

“Take HR for example: they get 50,000 requests per year, so service management is crucial to help them manage better.”

Of course, investment demands results and Murray advocates the importance of measuring value. He reports that some A$11 million in annual savings have been demonstrated. In the time that’s passed, the University is now doing A$160 million more in turnover, which would likely not have been easy or even possible without transformed IT systems. The IT department is 30 percent more efficient in terms of people to run the show. And he believes everyone else is between 10 and 20 percent more efficient.

But these are still early days and he cautions those who look for rapid demonstration of value. “IT has a lag impact. It is difficult to say in advance what the benefits will be, but you must do it if the business is hurting, if the indicators are down, if you start needing more staff, if you aren’t able to process the transactions in the given time. When bringing in digitisation, you’ll only start seeing the benefits in one to three years’ time.”

You can hear directly what Jeff Murray and the University of Tasmania discovered on its digital transformation journey at the 2018 CIO Summit June 13-14 in Auckland.