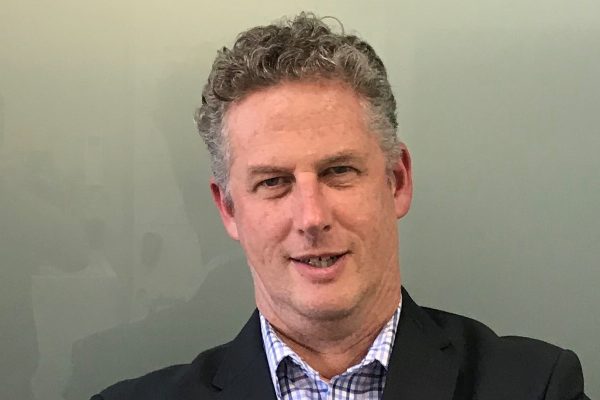 When Gerard Naish joined Ports of Auckland just over two years ago, he admits it was a whole new world for him.

The head of ICT for New Zealand’s largest import port, Naish notes that operations IT systems in use are ‘not the systems you get from Microsoft or Harvey Norman, they’re pretty obscure and a lot were new to me – that was one of the appeals of joining the port.”

He’s since been thrown deep into one of the biggest projects the port has seen in recent times: The automation of its container terminal – a first for NZ and a move designed to increase capacity.

“We can’t reclaim any more harbour but the number of containers we’re processing continues to grow and this is about being able to bring in efficiencies in order to meet the growing demand,” Naish says.

“Not a huge number of ports have done it around the world, and the model we are putting in place is a little different, plus we’re doing it to a working port, which is a little unusual – often you start with a greenfield, but we are very much a brown field.”

When the project is complete late next year, 27 German automated straddle carriers will be used to load and unload trucks and operate the container yard. Ports of Auckland CEO Tony Gibson has said the technology will give the port an additional 30-40 years of capacity, increasing terminal capacity from more than 900,000 TEU (twenty-foot equivalents) to 1.6-1.7 million TEU per year.

“There’s obviously an increased reliance on ICT and from that point of view it is quite a transformation from how we have run IT up until now,” Naish says. “The reliance on technology is going to go up quite a few steps.

“When you have system failures there are manual processes you can put in, but with automation it has the risk of stopping the whole operation, so we need to make sure our systems are resilient. Cybersecurity is a major focus for us – there has been a significant upswing in cyberattacks on IoT and this is IoT on steroids really with the straddle carriers.”

Equally important, he says is governance and how systems are maintained and monitored.

The project has seen the building of a new on-premise operations technology platform, but also a root and branch review of the port’s processes such as change and release, monitoring of networks and infrastructure and project governance, with each area put under the microscope.

“It’s one thing to get these things architected and to get the tin and string in place but it’s feeding and watering and sustaining those systems.”

Cybersecurity is such a focus for Ports of Auckland that the organisation has split its operations technology from its corporate technology.

The company has a head of information security, completely independent from Naish’s role.

“That highlights the importance of cybersecurity here. They own the cyber security strategy. ICT are there to deliver against.

“Attacks on IoT are up so we have to make sure that our operations technology platform is well bolted down, so we bake security in to all our design.”

Analytics, integration and blockchain
Naish has a background in analytics – he was a business intelligence consultant for companies including Universal Pictures, IBM, UBS and Sky Television and has also had roles with a heavy BI focus at companies including BNZ and Fonterra. It’s an area he’s keen to see Ports of Auckland harness more, and he’s recently set up an information and analytics function within his team at POAL.

“I’m quite passionate about analytics. I always think companies can do a lot more to exploit data, which is often regarded as a liability because you are paying to store and back it up and protect it. But you can turn it into an asset.

“There are a lot of predictive opportunities for us, from ship arrival times to revenue forecasting, scenario analysis – what will it mean for throughput if we take on another service.”

“The problem is we are a victim of our success. There is so much stuff we can be working on.

“We would really love to get into the predictive analytics space. It’s just a matter of finding a window of opportunity given everything else that is going on.”

And while there’s often talk of a shortage of skilled staff in the data analytics space, Naish says that’s not the case for POAL. “We can be pretty self-sufficient there.”

“I see a lot of focus on getting the technology right and quality of data correct, but it’s the last mile of evangelising, supporting and constantly feeding and watering the desire [of the business] to do the analytics that is also critical.”

Integration, around microservices architecture and its API platform, is another key component of work underway at the port.

“We want more consistency around how we integrate. I joked with another CIO once who said one day there won’t be IT departments, there will only be integration departments making IT applications talk to each other and share information.

“It’s about coming up with a standard mechanisms to do that efficiently and smartly and in our space that needs maturing.”

He says POAL is also looking at blockchain for better visibility and integration across the supply chain. “Integration is a key part of it, so we need to be prepared so that when we do look at the rubber hitting the road we are in a good position to exploit that opportunity.”

Naish admits that many of the projects underway at POAL aren’t necessarily bleeding edge.

“It’s about exploiting what you have got – it’s not necessarily about introducing new technology, but about being able to extract the latent value that already exists in an organisations enterprise architecture,” he says.

With so much change in technology, Naish says it’s critical to be constantly maturing and polishing architecture to prepare for ‘what you don’t know is coming tomorrow’.

“Uncertainty is a given so it’s about making sure our processes and technologies are such that we can deal with that uncertainty and feed it into our decision-making processes.”

But if you want forward thinking, think 3D. Like ports around the world, POAL is grappling with the potential impact of technologies like 3D printing and its potential to reduce the quantity of product shipped.

In the Netherlands the Port of Rotterdam is implementing its own Additive Manufacturing FieldLab with 3D metal printers, enabling companies, researchers and students to work on metal printing and 3D design projects.

So, is POAL considering similar? “Well… maybe that’s something we get into. Seriously, what does the future hold for ports? Do we stick to our knitting or do we think beyond the square and think about offering 3D printing and so forth?”

It’s not a formal strategy for the company, Naish is quick to point out. But you get the distinct impression Naish will be keeping a close eye on the potential.