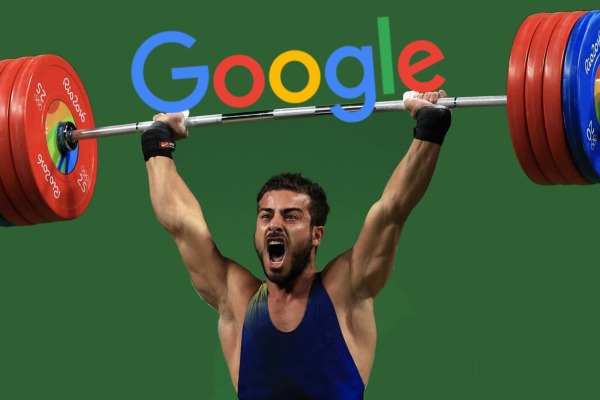 In an online world, Google dominates. It’s got the leading search engine holding 90-95 percent of the market, and when it comes to digital advertising, it’s the biggest ad network and dominates the search and programmatic markets.

And it’s huge business. Last year Google earned more than US$100 billion in ad spend and accounts for about a third of every dollar spent on digital advertising in the US. In Australia, its advertising revenue hit A$4.3 billion in 2019, up 16 percent. That’s out of a total Australian revenue of A$4.8 billion. In New Zealand, where digital ad spend hit NZ$1.3 billion last year, numbers aren’t broken out but experts spoken to by iStart estimate Google’s share at more than $0.5 billion.

When it comes to advertising, Google has its fingers in every pie. And publishers (along with Google competitors) are paying the price.

Earlier this month, Microsoft president Brad Smith took a swipe at Google when he told the US antitrust House Committee that Google is the dominant technology firm in virtually every corner of the digital advertising ecosystem – and the disruption of traditional media isn’t a case of fair disruption.

“News organisations have ad inventory to sell, but they can no longer sell directly to those who want to place ads. Instead, for all practical purposes they must use Google’s tools, operate on Google’s ad exchanges, contribute data to Google’s operations and pay Google money,” Smith said.

Ashwin Sundaram is head of ad operations for APAC-award winning Kiwi digital media agency – and Google partner – Acquire. Ask him if he can book advertising without touching a Google system and he says he can. With a big but.

“The biggest driving force is all that data they’re sitting on.”

“But whether you will be able to get what I could get you if I was allowed to touch Google…,” he says. “It will restrict scale a lot.”

Google’s reach in advertising is far and wide. Its Google Ad Manager is the dominant supply side platform (SSP), used by publishers to manage their inventory, along with AdSense which puts that inventory up for sale. Google’s Display and Video 360 (DV360) is the dominant demand side platform (DDP), used by agencies and buyers of the ads. And its DoubleClick Ad Exchange is the biggest ad exchange – the intermediary between the DSP and the SSP where the auction process, which can see big fluctuations in pricing, takes place.

The forth component is the ad servers from which every ad is served, and the market is cluttered with options with Xandr from AppNexus and Sizmek a couple of established players. But again it’s Google’s Campaign Manager which is rapidly on its way to being the biggest ad server, Sundaram says.

“The reason Campaign Manager is becoming dominant is because it doesn’t just ad serve, it comes with an in-built attribution engine, so it’s going to be super strong as well.”

That’s important for companies using a variety of channels and wanting to see which ad has translated into buyer interest and conversion into sales.

Google’s dominance isn’t without reason. It was by design.

Sundaram says he’s watched the company’s dominance grow over the past few years, noting Google’s early foray with search ads was great positioning to demonstrate the power of its advertising model.

“Someone searching for something is already demonstrating high intent and being the largest search engine they were uniquely positioned to take that to market.

Today, DV360 is a primary choice for Acquire, he says, because it enables them to use Google data. And that’s a goldmine of information advertisers are keen to harness, providing reams of information on whether someone is in the market for a product or service and targeting accordingly. Use Google’s platform and that data – harnessed from Google’s search engine and analytics (used, for free, by virtually all websites to track what users are doing) – is available for free. There are independent offering, but you can kiss goodbye to Google’s data.

“We can use third party data from data aggregation companies or from local publishers such as TradeMe, or real estate, but you pay for every impression purchased. With Google you don’t pay any money if you’re using their platform,” Sundaram says.

Officially, Google has always said it doesn’t collect and use data in apps ‘where you primarily store personal content’, such as Gmail, Google Drive and Calendar, for advertising.

All bets, however, are off when it comes to Chrome – something that became frighteningly apparently last week, thanks to Apple’s mandatory privacy labels. When Chrome’s label was finally revealed it showed it’s not just search data being collected, but user and device ID across multiple categories on your browser – and linking harvested data to devices and individuals, something Safari, Edge and Firefox don’t do.

Historically, for an advertiser with the right permissions, this matters because with device ID comes IP address. With IP address comes e-mail address, all matched against a full demographic profile. Thankfully, privacy law changes are coming into place to prevent advertisers harvesting such personal data, and Google is being forced to prove their compliance.

The company also offers ‘free’ tools, such as Google Tag Manager and Google Search Console, enabling companies to see what someone has searched for before they come to your site. It enables companies to see what search terms are driving people to their website, and potentially create content around those terms. For Google, well, the benefits are obvious for a company whose business model is all about monetising users information. The data passed back from all of those engines is all Google’s.

Sundaram says about 70 percent of all ad requests come through Google and most publishers also use Google Ad Manager because it makes it very easy to sell their ad inventory through DV360 – the primary buying platform for most agencies.

“I don’t know any agency that doesn’t have a DV360 account,” he says. “Most people will have a secondary buying side platform but they will always have DV360.”

Where’s the money going?
“If I spend $100 on advertising, about $14-15 goes to the buying platform and then on the seller side, it will be different for different publishers – the NZ Herald will pay a lot less than a smaller site will – but it’s usually about 20-25 percent, so $35 to Google,” says Sundaram. Factor in all the other costs – agency fees, additional data platforms if you trust another data source over anonymised Google data, technology intermediaries providing protection from bot fraud and ensuring you’re buying human eyeballs, and the publisher themselves is going to end up with around $30 to $40, he says. Read that as a 60 to 70 percent commission that publishers pay to sell ads via the Google ad network.

Of course publishers don’t have to sell via Google. Case in point: iStart, which sells ad inventory direct to clients.

“We only need flick a switch in Google AdSense and we’d be open to accepting ads from the network, but then we lose control over what ads appear on the site, and the pricing and commissions payable are determined by the auction process, not us,” publisher Hayden McCall says.

But even without selling via Google, iStart still relies on those Google tools which provide analytics, impression and click reporting, further proving the might of the company.

The might of Google (and Facebook and other platforms) vs publishers is gaining increasing attention globally. In Australia, the ACCC has big tech firmly in its crosshairs. Its digital advertising services inquiry estimated Google’s share of revenue or ads traded in each of the required services in Australia ranged from 50-60 percent to between 90-100 percent depending on the service and that has the ACCC, and other competition watchdogs, determined to take action to reduce dominance.

To achieve privacy compliance, Google has promised to drop its cookies and instead use a ‘Federated Learning of Cohorts’ API (Floc). How exactly that will impact privacy and advertisers’ ability to extract leads from campaigns is yet to be fully understood.

Some things will change. Frequency capping, used to prevent people being bombarded with the same ad too often and the attribution piece targeting specific individuals, will disappear.

With Floc, data will be modelled as groups, and user functions to control what data is exposed will move into the browser – 60 percent of which is Chrome.

So are local advertisers and their ad buyers concerned? Well, not so much, says Sundaram.

“I think we see more concern from Google’s competitors. Customers just want to use the best data they can find. Google and Facebook are giving them a good return regardless of any other news about the ethics of the company and so on.”

So what’s to be done?

Despite all the angst and talk of action from regulators around the globe, Sundaram isn’t optimistic.

“Unless their search and advertising businesses are broken into two separate businesses, or there’s disclosure about how much data they collect, or there is regulation about what data they can collect, given how long they’ve been in the game and how big they are, I don’t think anything is going to knock Google off its perch.”