Greg Muir: The IT thinking behind Pumpkin Patch’s growth 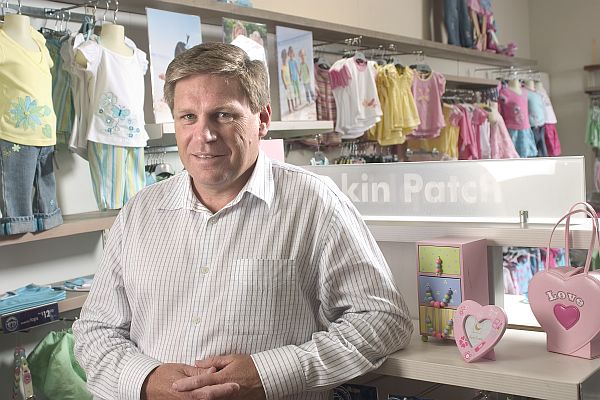 In the first of a regular series of interviews with leading CEOs, iStart caught up with Greg Muir, executive chairman of Pumpkin Patch, to gain his insights on the application of technology in a rapidly growing international business…

Children’s wear manufacturer, retailer and wholesaler Pumpkin Patch is one of the great kiwi business success stories of recent years. Founded in 1991 as a mail order business with one store, the company has grown to become the largest specialist children’s clothing retailer in Australia with over 90 stores in four countries. Last September Pumpkin Patch reported its profits had tripled to $24.6 million in the year to June, but the growth won’t stop there. Over the next year the company plans to open over 20 new outlets including six stores in the UK and three in the US.

We caught up with executive chair Greg Muir at the company’s East Tamaki headquarters to gain his insights on how the company has used technology to manage the phenomenal growth of the business.

Executive role
Muir joined Pumpkin Patch two years ago following his stint as CEO of The Warehouse. While running The Warehouse was Muir’s first experience of being at the helm of a public company, he had previously held CEO or general manager positions at the Blue Star Group and TNT Logistics, and prior to that he was a divisional manager of Lion Nathan.

Along the way Muir gained an MBA and part of the course included writing a program for small business financial modelling. He says this helped to spark an interest in technology.

“For 20 odd years technology has held a fascination for me and I’ve been looking to use it wherever I can. The Warehouse in particular was a great organisation for using technology with an incredibly powerful database, very good reporting tools and sophisticated merchandise planning tools. It’s a leader in New Zealand or even the South Pacific in terms of the technology it has and the way that it uses it.

”Muir says this interest in technology helps in his role as a CEO. “I don’t claim to be an expert in it, but I think that having that macro overview of what’s possible is important for a senior executive to know nowadays because it can make such a big difference to your business if technology is employed appropriately.

“At Pumpkin Patch Muir shares the day to day running of the company with managing director Maurice Prendergast who runs the manufacturing and retail side of the business. The “chair” part of Muir’s role focuses on governance and board issues while the “executive” part of his title includes responsibility for the company’s international wholesale business.

“We’ve got wholesale operations in the Middle East, Europe, the United States and Australia, and we are looking at developing through Africa, Asia and some other European countries. That’s the part of the business I look after day-to-day.”

When Muir arrived at Pumpkin Patch his first task was to prepare for an initial public offering (IPO).

“The company was going to float six or nine months later so the most important thing was getting the business ready for the IPO. This meant talking to advisors in the broking, finance and legal sense, preparing the prospectus and generally making sure we were in the best shape when we floated.”

Muir says the company’s IT systems proved to be up to scratch when it came to providing investors and brokers with the information they required.

“One of the really great things about this business is that Maurice Prendergast, who has been the managing director for 12 years, has always had a good understanding of IT. IT has been a cornerstone of the organisation right back from the early days when we were a catalogue business. In that business you needed good IT systems for both your database and your logistics management and we continue to build on both.”

Merchandising and logistics
Muir says the company runs separate systems for outbound merchandising, the catalogue and e-commerce businesses, as well as point of sale (POS) systems in the stores, and general internet and email links.

“We operate in four different countries and lots of our executives are travelling regularly so the technology is an important part of keeping us all in contact with one another.”

All Pumpkin Patch products are designed in New Zealand by the company’s own team of over 30 designers, but nearly all manufacturing takes place overseas. All products are shipped back to the East Tamaki distribution centre before being dispatched to the stores or wholesale customers.

“Technology is what hangs our business together, and I guess the two major components of that are point of sale – being able to sell merchandise – and the second one is logistics. We ship merchandise out of our distribution centre here in Auckland four or five days a week to stores around the world and that requires a good system to do that.”

The company’s core IT system is a Microsoft Great Plains financial package but it is also running a logistics system and various subsidiary ledgers which have been developed in house. The principal POS systems have been developed by local solution provider ALM but the company is currently testing a US-developed solution for its stores in that country.

Online reporting
Pumpkin Patch has also recently implemented a centralised database based on the Microsoft SQL Server platform and the Web FRX web-based reporting facilities which are built on top of that system mean Muir can access all the information he needs online.

“It enables us to drill down, create customer reports, or look at pretty much anything we want to. I still get some reports, for example weekly sales by store, coming through here in hard copy form just because it’s nice to have a paper document to look at sometimes, but pretty much everything else – accounts payable, debtors or sales reports – all come through the web now. Some of those can be pushed through and others you just go into the system and pull out yourself and we can do that from any machine that is web enabled anywhere in the world.”

Because he is working at the governance level for much of the time Muir says he doesn’t have to work too much from reports but he says they are vital for managers working in design, merchandise planning and store operations.

“Data is an incredibly important part of what we do, you literally can’t run that part of the business without it. Having timely and accurate information about various activities is mission critical. In any season we’ve got 1,500 styles and each style will have different variations of colours and sizes. If you take all those permutations and you look at moving merchandise on a daily or weekly basis the number of stores we’ve got around the world you couldn’t do it if you didn’t have sophisticated IT. If you sat down with a piece of paper you’re never going to do it.”

e-Commerce
Pumpkin Patch runs an e-commerce website and maintains separate customer email databases in all the countries it operates in. In New Zealand the company’s e-marketing services are provided by MessageMedia.

“It’s a very important part of our marketing,” says Muir. “If we could we’d like to have the email address of every mum who visited our store and be able to communicate with them. We also do e-marketing in the UK, the US, with separate databases for every country.”

Pumpkin Patch also makes some direct sales from its website at www.pumpkinpatch.co.nz but the volume is relatively small.

Muir is keeping his eye on technologies like RFID (Radio Frequency Identification) and he is aware of forthcoming trials at The Warehouse but he says Pumpkin Patch will not follow its lead yet.

“It may come in time but there are no immediate plans to implement it here. At The Warehouse they have a totally different product group – we have got 1,500 styles, they have probably got something like 100,000 line items – so their complexity matrix is dramatically different to ours.”

VoIP is another matter. “We are starting to have IP links as the primary or the only means of communication to our stores from here, for data and then VoIP over that. We are in the middle of a big change-out of our phone systems and that will include voice over IP as an important part of our voice communications around the globe.”

As Pumpkin Patch is both an importer and exporter Muir says movements in the exchange rate have been largely neutral. At present foreign exchange transactions are handled by a mainly manual system. The company buys in US dollars, so there have been some gains as the greenback has fallen in value, but it also sells in US dollars, Australian dollars and the Euro, the last two of which have been high in recent months.

“Net-net they pretty much wash out to be a neutral currency effect,” says Muir.

Personal kit
Muir lives in Kohimarama with his wife Debbie and their two children, a son aged 10, and a daughter aged seven. Despite his interest in technology, Muir does not surround himself with gadgets. He does have a wireless LAN at home which means he can securely access the corporate network from anywhere in the house, but he likes to spend his leisure time playing golf, coaching his son’s cricket team or refereeing his junior rugby matches.

“I actually quite like to have my email and my telephony separate – I don’t need in my day to day job to have email on the run so I choose not to have a 3G phone, I just have a normal [Telecom] mobile phone. I have a Hewlett Packard tablet PC which is totally portable and which I take all around the world with me and that’s pretty much it.”

For the medium term at least, Muir’s future plans seem to be firmly centred on Pumpkin Patch.

“I certainly plan to be here for quite some time. This is an incredibly exciting business with some wonderful opportunities well beyond the two to three year horizon here for international expansion.

So my horizons pretty much start and end with this place at the moment, it’s a pretty good place to be.”