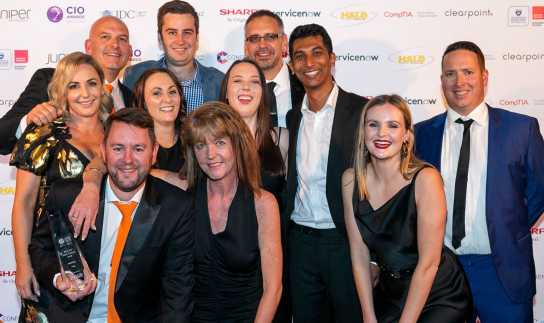 Management guru Peter Drucker’s memorable line that ‘culture eats strategy for breakfast’ has a local incarnation in the winner of the recent CIO Awards ‘Best ICT Team Culture’ gong. Top SAP and cloud services partner Zag has added the accolade to its collection and it’s one the company is particularly proud of.

That’s according to Nick Mulcahy, Zag CEO. “It’s phenomenal to win, particularly given the growth we’ve experienced over the past year. And even though this award is aimed at internal IT teams rather than whole companies, we had confidence in our entry because everyone in our business is part of one team – team Zag.”

Zag recently rebranded from Soltius, with the new name reflecting the consulting provider’s approach of ‘doing things differently’ (where others zig, they Zag). There’s the usual stuff, of course, of focusing on customers and treating everyone with respect and dignity; these are obvious and generic requirements for common decency if nothing else, even if all too often it’s more lip service than fact.

The way Zag shows it is getting the bacon delivered is in some hard facts of its own. In business for 23 years, it has a 90 to 95 percent staff retention rate. It has 5 employees who have been with the company for over 20 years. The management team has a 50/50 gender split. Mulcahy started as an Enterprise Architect 16 years ago; the Chief Customer Officer as an IT Administrator in 2004. Zag is 100 percent owned by its employees, in fact, almost a quarter of them own shares in the business.

There are more numbers, too, and they point to the natural difficulty of maintaining an award-winning culture in a growing organisation. There’s the sheer headcount, for starters, which has gone up by 27 percent in the past year, following several years of 15-odd percent growth. This makes for some 200 employees. Then there’s the cultural differences across countries: Zag has expanded to Australia and the United States, both nations where things are done somewhat differently from God’s Own.

Those with an anthropological bent will know that co-operation with larger numbers becomes increasingly difficult. In fact, it gets to a point where it all falls down…unless there is a commonality which gets everyone pulling in the same direction.

That commonality is culture, and this is precisely why it eats strategy for breakfast.

It starts with lived values
Creating a company culture starts with values. Since values lists don’t generally vary much from one business to another, there’s no point rolling them out here; what is instead important is the approach taken by Zag in instilling them.

“Actions speak louder than words, everyone within the company is expected to actively live the values – which themselves were determined through engagement with every staff member,” says Chief People Officer, Sarah Millard. “It’s why, when expanding to Australia and the States, we made sure to have a consistent senior executive presence in the new offices. It helps culture grow through osmosis.”

Where Zag differs from many is through a desire to actively encourage, measure and manage windows into its culture. The primary tool to do that has been the Officevibe interactive platform. Feedback and comment are constantly assessed, either anonymously or personally, weekly surveys constantly measure the pulse and major changes or decisions impacting employees – like the creation of company values – are put to a vote.

“We have a high survey participation rate and thousands of comments or suggestions [in Officevibe]. Our leaders are constantly answering queries, acting on suggestions and most of all actively listening to what our people have to say,” Millard reports.

It means staff members aren’t isolated from one another or managerial decisions; Mulcahy likes to joke that his door is always open. That’s because he doesn’t have one, choosing to  sit in the open-plan office with the same desk set up as the next staff member.

Investing in people
If you’re going to claim a culture of caring, demonstrating care is essential. “Our people are our brand and our identity is a tight-knit, high-performing team who do things differently,” says Mulcahy.

Keeping people happy, engaged and up-to-speed is crucial, adds Millard, and that, she says explains Zag’s high staff retention. “We invest heavily in health and wellness, and training and development initiatives. And we have company targets for new skills gained, knowledge sharing and completion of development plans.”

The company has ‘wellness rooms’, Fly-Home Fridays (where staff working at remote sites do just that) and provides flexible hours and work-from-home opportunities. It has even engaged a wellness doctor and mentorship coaches. Again, hard facts, not easy words.

“We might be involved in technology services,” says Millard, “but we’re in the people business. Looking after our people is the foundation on which Zag is built. In every decision we make, culture is thought about first and foremost.”

Company culture is probably a bit like marriage. In the early days, things progress well all on their own. As time goes by, more effort and investment are required. It’s something Zag clearly takes very seriously and by all accounts is endorsed company wide.

After all, just look at the Best ICT Team Culture trophy shining, amongst plenty of others, on the awards table.