Netflix tax: Why digital goods belong in the IRD’s net 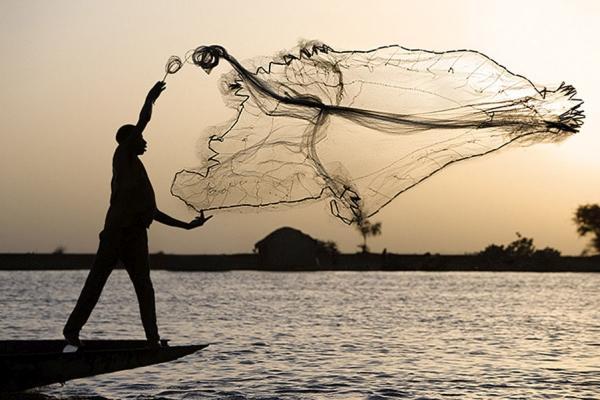 That’s because the continued growth of the provision of offshore services presents an opportunity to boost the coffers of the country. Some argue that taxing cloud providers ‘levels the playing field’ by putting them on a more even footing with those businesses which are locally domiciled, while other may question the fairness of lumbering consumers with additional costs. Whatever the case, GST on digital goods is yet another example of digital transformation in action, it emerges.

While it is a consumer service, the so-called Netflix tax – GST on a cloud provided service – serves as a case in point which can easily be extrapolated to business-oriented cloud service providers. With the announcement of the introduction of GST on these services, the government stands to benefit to the tune of up to $180-million in additional revenue, which means NZ, Inc, benefits from a nice bonus.

However, “Those celebrating the government getting more money perhaps don’t appreciate that it is coming straight out of the consumer’s pockets,” pointed out Jordan Williams, CEO of the Taxpayers Union.

Economist Henry Hazlitt warns in ‘Economics in One Lesson’, published in 1946, that one should always consider the long-run effects of any economic policy rather than focusing on any short term advantage – and those long-run effects routinely hurt the very people the policy seeks to help.

That’s why Williams points out that the proceeds of the Netflix tax don’t come from the company, but directly from the New Zealand consumer. As a consequence, “Our position on online sales tax is that the money raised should be returned through reductions in tax elsewhere,” he said.

Other issues Williams considers include potential unintended long-run consequences. “Our GST system is pretty efficient, with the cost to collect comparatively low compared to the rest of the world. This sort of tinkering on the edges jeopardises that [by increasing complexity and overhead]; moreover, if it is made harder to do business here, many online providers could simply skip over New Zealand altogether.”

Williams explained further, noting that cloud service providers are now required to have their systems set up to comply with New Zealand tax law if business users of cloud services wish to claim back GST. “And for businesses like our organisation, which operates in the cloud, this law change has increased the administrative burden involved in claiming GST back. It’s work which didn’t exist before.”

The tax specialists view
Allan Bullot, Deloitte’s national indirect tax lead partner, explained that GST on digital goods is a logical step for the government to take. “Nobody could dream, in 1986 when GST was introduced, that we’d be buying virtual goods and services on the internet; even paying by credit card wasn’t that common.”

GST, he pointed out, has always been intended as a broad based tax on the consumer which was (and is) intended to cover the vast majority of transactions. Virtual goods are increasingly commonplace (again, the popularity of Netflix is a case in point), so they should not be exempt. “It’s important to be aware that these companies providing goods haven’t come up with some cunning tax plan to avoid charging it; they were just operating within the way the rules worked until the recent law change.”

Asked if there was a ‘fairness’ argument for local companies to see a level playing field, Bullot said things get complicated when getting into moral views of tax. “From a technical perspective, we just ask ‘is the tax doing what it is supposed to do’. When it goes through most of the economy, but the economy then grows a new branch, like the virtual world, then not taxing that branch is as bad as a tax which is not doing what it is intended to.”

He agreed that there is an overhead from service providers to align their systems, but points out that there is an advantage for compliance: “Those companies benefit from access to consumers in a stable, prosperous democracy.”

Crucially, Bullot pointed out the turnover threshold which applies to companies providing electronically accessed services in New Zealand, of $60 000. “That means niche suppliers are not required to comply and so it should not result in any service interruption for users of such services. We have seen in other jurisdictions, like South Africa, where the threshold is low and there, micro-providers don’t deem compliance to be worth the hassle.”

Even though the tax comes straight out the pockets of taxpayers, Bullot said it is taxpayers who benefit from GST on digital goods and services, as the government brings this new branch of the economy into its remit and in line with existing taxes on goods moving through the economy.

And the IT specialist’s perspective
With his strong views, Wellington IT specialist Ian Apperley is our go to man to get a sense of what those in the industry might be thinking. Answering emailed questions, he said “So, on the face of it, the move is fair. To have New Zealand companies disadvantaged by having to pay GST whereas multinationals don’t, is unfair,” he said.

However, that which is law isn’t always a matter of practice. “It’s relatively unenforceable. Because I register for cloud services internationally and have had them for years, for whatever reason, I am not paying GST on those services; however, don’t have an issue paying GST for those services.”

Bullot did address just this issue; he said it is practically impossible for the government to enforce compliance, but added that companies like Netflix, Adobe and others, would consider compliance a component of their corporate responsibility; some, he noted, voluntarily complied in advance.

But he also believed that the move to put GST on overseas services wasn’t because of fairness (aligning with Bullot’s view). However, Apperley puts a different perspective on it: “It is an effort to protect largely bricks and mortar companies in New Zealand. Those companies will be swept away if they do not change their business models. Putting GST on services will never push customers back into New Zealand, the only thing that will do that is a low dollar versus the USD and Euro.”