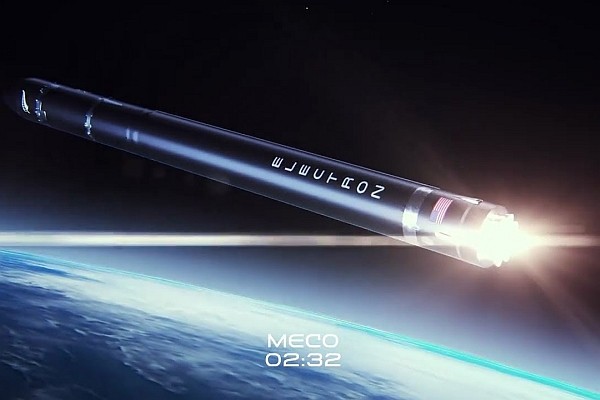 From concerns about the damage New Zealand’s ‘No 8 wire’ mentality is doing and our ‘reactive’ approach to technology, through to climate, workforce and future of work concerns, it appears it’s a worrying time for Kiwi businesses when it comes to innovation, technology and business.

At least, that’s according to participants in the recent Callaghan Innovation Challenge, who paint a picture of a country which, while having plenty of ‘unique potential’, risks falling behind if we don’t start acting on our good intentions.

The Innovation Challenge saw more than 100 policymakers, academics, business leaders and youth representatives taking part in an online forum earlier this year to voice their ambitions and fears for New Zealand’s future out to 2040.

The 2018 Innovation Challenge Summary of Contributions report, a collation of the views of those taking part, has just been released, and outlines what participants view as the key themes and opportunities.

Kirsten Edgar, Callaghan Innovation future insights manager for advanced materials, says the challenge highlighted ‘a real fear that New Zealand as a nation is becoming a little bit reactive towards technology – in essence being scared of it’.

“We need to recognise this fundamental shift and ease the pathway, otherwise we’ll still be trying to get full employment of 40 hours a week… of what, made-up work?”

She cites the example of conversations around AI and automation, which often focus on the potential negatives, rather than viewing the technologies as an opportunity for people to do cool new jobs and upskill themselves.

“There was an overwhelming sense from the challenge that if we carry on with that trend of becoming more reactive to technology we will end up not really having an opportunity to shape our own future. We will end up becoming the slave of technology, rather than its master,” Edgar told iStart.

“The idea of being a master of technology is about learning about what new technologies are coming up how to see the opportunities, not just the threats, and learning how to embrace them and not be driven by a new technology but to drive it ourselves.

“And to go: ‘that’s pretty cool and I see an opportunity that no one else has seen because we’ve got different conditions here in NZ, and I can change this tech just a little bit and turn it into something more awesome’.”

The report advocates exploring income redistribution models, such as a universal basic income, redefining enterprise to include social enterprise and creating a regulatory and investment environment which supports social enterprise.

“We must decouple worth and work. We must embrace the opportunities that automation and AI will provide and that will mean less traditional work… We need to recognise this fundamental shift and ease the pathway, otherwise we’ll still be trying to get full employment of 40 hours a week… of what, made-up work?” the report notes.

No 8 not so great
New Zealand’s much vaunted ‘number eight wire’ mentality, is also in the firing line, with challenge participants saying Kiwis are problem solvers more than innovators.

“We pride ourselves on our No 8 wire mentality, but this is a different skill-set from blue sky innovation – experimentation for discovery and learning rather than immediate practical application,” the report says.

It’s an interesting myth that we tell ourselves,” Edgar says, noting that while elements of it are not a myth, it may not be all positive, with the Kiwi attitude towards collaborating, cooperating and sharing information holding us back in some cases.

She cites John Britten building a super bike in his garage – admittedly, not from number eight wire, but using that mentality.

“But then you think it took him how many years to build that and if he’d gone out of the garage and spoken to some other people and gotten help from experts in areas he wasn’t expert in, how much faster would he have been able to achieve that same result?

“Nobody can be expert in everything and if you can work with the company down the road, can you get your product out there faster?” That speed can provide an early leader advantage, enabling companies to capture more of the market.

“Some of that conversation is how do you collaborate and co-operate, but then how do you know who is the person down the road? And that’s where we get to the transparency element of it.”

Callaghan Innovation is gearing up to launch a national platform, Scale-Up NZ, to connect and showcase New Zealand’s innovation ecosystem. The system, expected to launch in April, will enable businesses to connect with other businesses in NZ to try and create greater scale, Edgar says.

Learning from the megatrends
The Innovation Challenge discussion was based around eight global ‘mega trends’ – the changing world order and the shift in geo-political power; changing climate; future of work: new ways of working (or not); the rise of ethical and empowered consumers; changing demographics; changing infrastructure; the healthcare revolution; and the future of business.

Climate concern topped the list as the trend that will most critically affect New Zealand, closely followed by the future of work – from the impact of telecommuting and dispersed workforces to what AI, automation and robotics means for the workforce, individual’s futures and the skillsets required.

The future of business and the way business models are changing dramatically a’la disruption of industry incumbents by smaller, nimbler companies and technologies such as SaaS, took third place.

Edgar says Kiwi businesses should be looking at the global megatrends and thinking about the possible impact on their businesses over the next three to five years.

“That will give them the lead in to what they need to do about it, and that will give them an angle to help identify the technology, or new business model, or new customer base, they could use to address that threat or opportunity,” Edgar says.

“Our participants say New Zealand has the resources, talent and vision for a successful and innovative future, but we are in danger of over-talking with little action or progress,” the report notes. “We need to act, now. We also need to ensure more people are included in the innovative culture to drive New Zealand forward.”