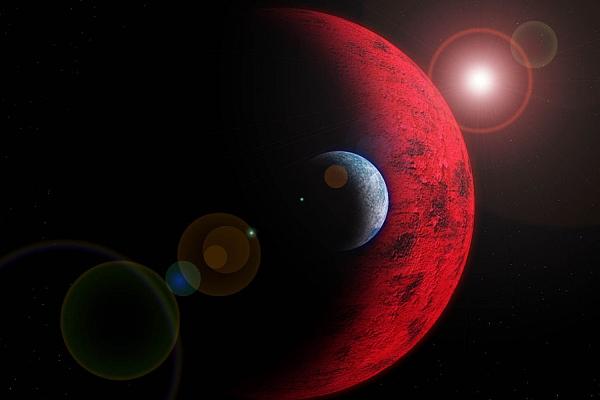 It doesn’t just happen to other industries – technology vendors and partners are affected, too…

That much becomes apparent in a discussion with Oracle partner Red Rock’s New Zealand country manager John Mazenier, who provided an inside view of how a major vendor is digitally pivoting and taking its partners along for the ride.

“Everything we do is tied to Oracle. We go where it goes,” he prefaced the chat with iStart.

And where Oracle has gone, or indeed continues to go, is notable. The one-time database company now spans what techies like to call ‘the full stack’, across applications, hardware, infrastructure, consulting, cloud or on premise.

“Oracle has a massively expanded portfolio, and [to keep pace with that] what we have traditionally done is to fast-track capability in those new offerings. We do that through acquisition or build, so with its move into SaaS, IaaS and PaaS, we are in step,” he added.

Oracle’s extensive offerings have got there largely by the same mechanism which has swept up Red Rock itself: acquisition and industry consolidation. The reseller is today a part of technology giant and digital transformation slinger DXC, but its Oracle roots go back a quarter of a century.

Where Oracle has also boldly gone is to ‘as a service’ models, representing its own digital transformation and indeed pulling along with it the partners in its considerable gravitational field. And Red Rock, as Mazenier has made clear, is firmly in the vendor’s orbit. “We don’t pretend to be anything else. If Oracle decides to move into a particular market or offering set, that’s what we do,” he said, driving the point home.

While Oracle is an ‘old school’ tech industry player, and not a ‘born in the cloud’ type, one is tempted to contend that it is not on the driving end of this new-fangled digital transformation trend. It’s a criticism which is oft-levelled by the upstarts in cloud-land and it may even have some truth in it.

But here’s the thing. While those deep in the tech space like to think of ‘we’re doing it, so everyone else is too’, at the coal face of industry, it just isn’t like that.

That’s probably at least part of why ‘digital transformation’ is such a big deal – because there is so much opportunity for change in a world which is stuck doing many things badly. While some would argue that digital transformation is a natural process – a technological osmosis which kicked off when UNIVACs stalked the land – the reality is that unlike the dinosaurs, there has been no mass extinction event. Greenscreens, decades-old software and COBOL are still very much in use. Some of that may be well past its transform-by date. But, crucially, not necessarily.

And that’s why Mazenier isn’t apologetic about both Red Rock and Oracle’s roots. “Maybe the older vendors are slower, but they have immense strength. It’s called an installed base, with existing customers and an obligation to support them through the journey. Strength extends to having the ability to make vast investments in technology and services which enable customers to make the shift. And the beauty is that with these offerings, customers, can adopt cloud and transform at their own pace.”

But on the other hand, there is groundswell and increasing appetite for change. Technology is transforming the way some industries operate and failing to adapt can have deleterious consequences. “Customers are changing buying habits, sourcing habits are changing. And our responsiveness to the market needs to change,” he said, adding that this is “a mantra for DXC” (he is a director of DXC in New Zealand).

“What we find is that customers are exploring that journey themselves; but remember, not all businesses can flick the switch quickly, so there are a lot of discussions on hybrid models and software infrastructure. The best outcomes may not mean radically changing core applications, but instead could rest on building additional functions.”

He did add “from the Oracle portfolio,” but one imagines this could apply to any organisation faced with the need to modernise and stay relevant in a changing world.

There is, in other words, no need to throw the baby out with the bathwater.

“Digital disruption means if you are not actively reinventing yourself, you are standing still and will be eaten by your competitors, or you’ll fall by the wayside if you are not delivering to customers. But don’t transform for the sake of it,” Mazenier concludes.