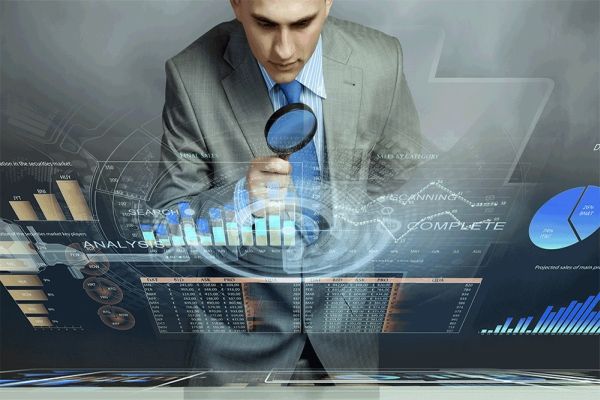 The IT world bandies big data about as some kind of nirvana but the reality is that data is a pain point for most. But organisations are starting to value data as an asset they need to get serious about…

There’s a new CxO in town which reflects the growing importance of data to conducting business successfully. That x is Data and the Chief Data Officer is an emerging role globally that reflects changing attitudes toward business systems and the data they produce. More specialised than the CIO, the CDO is tasked with data governance, and leveraging it as an asset through data curation, mining, analysis and publication.

When iStart set out to find Chief Data Officers in Australia and New Zealand, they were thin on the ground – and that should come as no surprise, said Louise Francis, research manager at IDC New Zealand. “Even internationally, the CDO isn’t yet prominent; where you do see it emerging is in highly regulated environments such as government, healthcare and the telecommunications industry. We’re probably behind global trends in the introduction of CDOs, but you can expect to see [the role] emerging in the coming years.”

That’s because, Francis pointed out, “Data is a problem we hear more and more about.”

Among the early movers is Midlands Health Network, a collaboration among primary health care providers, where Hamilton-based Tim Uckun fulfils the role. But he is brand new to it: “It hasn’t been two weeks since I started and this is a new position which was created,” he confirmed.

Uckun said the health industry is characterised by a mass of data, generated during the course of business and retained. “However, there is some confusion as to what to do with the data. It takes a lot of effort to extract information from data and it is typically a cumbersome process. I’m here to see if I can make that more coherent and make the data more useful.”

This isn’t an unusual problem for businesses today, agreed Nick Deverell, CDO at Sydney-based SE Corp, which brings together more than 2,000 CxOs across a range of industry events; he pointed out that every company in business today generates data. “My role evolved out of a discussion I had with the CEO; as a sales leader, I realised I could achieve a lot more if we could look closer at the massive amount of data we were gathering. There was just so much we could achieve if we could set up a strategy for using that resource.

“Speaking with people from every industry, we’re all in the same boat,” he added.

Like Uckun, Andrea Carboni is a recently-appointed CDO, at Figure.nz. This social enterprise is all about taking data and presenting it in ways suitable for public consumption – and Carboni said making data simple to use is a tough challenge. “It’s 2015 and we [the industry] talk about big data and the ability to access millions of data points, and that’s fine, but we are about taking a step back, building a foundation so that everyone can understand and drive knowledge of what can be achieved with data.”

What it takes
Francis said the CDO role not only revolves around the security and governance of data (Carboni said security should be the concern of the CIO – as security can paradoxically limit the accessibility the CDO strives to achieve), but also making sure that a standardised approach is taken to its use. “It is about developing structure. Data is a living and moving object; if old approaches to analytics are taken, you will get the same old results. To get the deep level of information, to commoditise and monetise the value of data, you need to have someone who understands how it works through and through.”

She added that the more people who are equipped to use information in a given organisation, the greater the value potentially released. “That comes through strongly in the surveys [conducted by IDC, globally]. It is the accessibility of that data to the line of business which is really important.”

Carboni said in some cases a maths or stats background would be suitable training for a CDO. “It does depend on the business [being served], because an analytics background from a commercial sense is a little more suitable when thinking about monetisation of data. And, you can have a PhD in stats, but if you don’t know how to use the data you have, how to enhance it with external data sets, then the degree is pointless. You really need data experience coupled with business acumen.”

Being a CDO, he said, is about attention to detail. “It’s not just big picture, high level strategic. It is also about understanding the finer details of data, such as structure and schematic errors. It’s really a combination of that ‘hands-on’ ability with data and being able to elevate it to the strategic level.”

Deverell reinforced that view: “When there is a C involved, it means you’re involved in decision-making, sitting on the board or with senior management with an input into strategic direction.”

A former CIO, Uckun said that for the past five years, he has focused on analytics and in particular, analysis of fast-moving real-time information. Asked what he is expected to achieve as CDO, he confirms Francis’ view: “There is a general call to make data more relevant for everyone in the business; to provide digitisation, insights and better analytics.”

Data…or information
Data is one thing (and abundant, across a range of industries) but turning it into useful information relevant to specific business users is quite another. Is that a common problem? “Yes and no,” said Uckun. “People know what they want from data more often than not; what they don’t know is just what is available to want.”

That does sound confusing and perhaps reminiscent of former USA secretary of defense Donald Rumsfeld’s famous ‘unknown unknowns’ quote. However, it makes some sense. If people within a given business aren’t aware of the granularity and depth of information analysis available to them, they simply won’t use it. “It’s also about knowing the right questions to ask of the data,” Uckun added.

Another problem which he identifies is the tendency to trap data into PowerPoint, Excel or Word files. “Everyone has a duty or a requirement for some section of enterprise data, but what they do is take it from a structured database, lock it into an unstructured form and send it by email. This is antiquated, static and error prone. That data gets presented to people who aren’t trained to use it – and whatever the user is looking at is a snapshot, a point in time.”

That’s no longer good enough, said Uckun; “And, because people have to go to the IT department to get data, it isn’t an easy resource to use. In that situation, they don’t get the opportunity to engage with data, shape it and work with it and get information out of it. If the data is made more available, it’s value increases, even if it’s being used by employees who are simply curious about what the data can tell them.”

Expect more CDOs
Francis said companies in Australia and New Zealand already see data as an asset and many are seeking to monetise data opportunities. “That [monetisation] will be the tipping point. They may or may not call the person tasked with data management a CDO, but that type of governance role can be expected to become more commonplace.”

It’s early days yet; despite being a CDO for over a year, Deverell said he hasn’t bumped into too many counterparts. “Two months into it, I was asked to speak at a conference and wondered why. Turns out I was one of only three CDOs in the whole Sydney area,” he related.

Uckun said specialised curation is necessary when data is recognised as an asset. “The CIO is responsible for ‘everything IT’, across the board. Even as infrastructure dwindles in importance, data and its potential value keeps increasing; I’d say in most companies, between 60 and 80 percent of their value lies in the data they have. Maximising that value requires dedicated management of the asset.”

Data is Figure.nz’s central asset, pointed out Carboni. “What I have to do is leverage that asset and create more value from it, and showcase to prospective users the amount of information that we can make public.”

Deverell added that data is ‘only as good as the guys using it’. “And the guys using it are only as good as the data at their fingertips. It’s a cycle that works both ways and you absolutely have to make good data easily accessible, or its value is diminished. The more easily understood you can make the data, the more it actually benefits the business on the bottom line. And that is what has to happen to make the role [of CDO] worthwhile.”