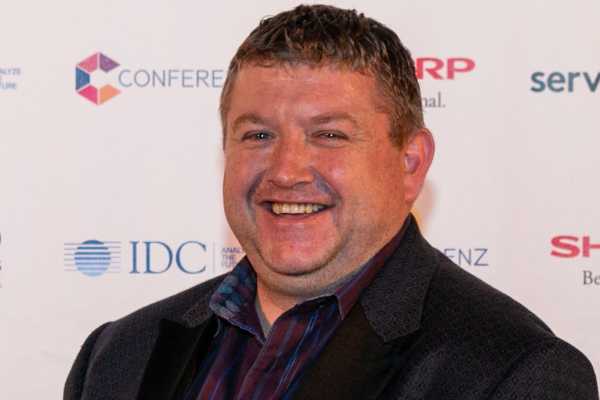 Paul Littlefair has a vision for LIC’s digital future. And it’s a winning vision, with Littlefair being named New Zealand’s CIO of the Year last week.

A farmer-owned co-operative, LIC (Livestock Improvement Corporation) has provided genetics expertise, information and technology to the dairy sector for more than 100 years.

Littlefair’s digital vision revolves around providing frictionless service for farmers and managing both sides of obtaining and using information, from providing easy inputs via mobile devices on the farm and using sensors to automate some data, to providing highly segmented and tailored data for its farmers.

“Digital is a great buzz word. But like agile, it’s not just about a bunch of tools. It’s a mindset, a way of thinking. At its heart, digital is starting with the customer as the focus and using information we have to make life easier for customers.

“It’s the Amazon concept of frictionless and Uber is a great example. It’s so easy. You press a button and it just knows where you are and a car turns up, and when you finish your journey you just get out. To me that’s a digital experience. It’s frictionless and the system using information.”

Littlefair admits LIC has spent ‘years’ getting its digital foundations in place.

“The problem we, and a lot of businesses have, in moving to digital is that it is very hard to build a specific line of business application in a vertical. You have to build horizontal foundations out first,” he says. He likens it to building a skyscraper – in the early days it appears little work is being done because all the effort is in the foundations, then once the foundations are in place the skyscraper suddenly bursts forth rapidly.

Digital is a great buzz word. But like agile, it’s not just about a bunch of tools. It’s a mindset.

For LIC getting the underlying digital framework in place includes transferring, translating and cleaning about one billion cow sire and dam records.

It’s a process that has required diplomacy on the technology team’s part.

“You have to educate people that you’re going to invest all this money and, to be honest, for the first year you’re probably not going to see much because we’re trying to get those foundations set. If we don’t get them right we’re going to have problems down the path.”

The previous online shop was, in Littlefair’s terms ‘a bit like TradeMe – you went on it and it said here’s the product, how many would you like and what colour’.

The new offering is integrated with LIC’s dairy farm management software, ‘Minda’ – enabling the site to know about the user’s farm and herd. A farmer buying animal tags will no longer need to enter the numbers required on the tags, instead the system will automatically notify them of all the numbers they’re missing.

“That to me is really what I consider digital delivery – systems that are very rich in their understanding about you so they can effectively support you and not ask you a bunch of dumb questions,” Littlefair says.

Along with the extension of the Minda platform is the development of a new system, Multiherd, for large corporate customers, which is something Littlefair is particularly proud of.

The system provides ‘amazing insights and information’ for customers with multiple farms. Previously farms had to be managed individually, but the new system, just rolled out, enables customers to classify what their individual operation looks like.

While LIC already provides mobile data capture of things such as calving, Littlefair says the next evolution will be providing information in the right context to the farmer.

Instead of having to type in all the time, we can say here is the information just tell us where we got it wrong. And we can start gathering info from IOT devices, milk metres in the shed, tags on cows.”

Littlefair says thanks to artificial intelligence and machine learning, LIC’s focus is increasingly on providing real-time insights, rather than just reports.

“We could start doing things like predicting animals that are going to have health problems – mastitis is a big issue for cows and they need to be treated with antibiotics.”

The company is also working on how it can use information to predict the performance of animals in the herd and use analytics to help make the right breeding decisions, or indicate which animals are likely to come into heat, when.

It’s the execution of LIC’s vision that Littlefair believes helped him win CIO of the Year.

“We have set a strong vision about what we’re trying to achieve, but the key for us is we have managed to execute on it quite effectively as well.”

The company has made strong technology bets, embracing open source and AWS.

Historically a Microsoft shop, coding in .net, LIC is increasingly transitioning to open source as it moves to the cloud.

“A lot of corporates still prefer the proprietary model because if you have a problem there’s a supplier at end of phone to yell at. When you move into open source you don’t quite get that anymore.”

But Littlefair says open source is the way technology is moving, with even the big players such as Microsoft beginning to support it.

The AWS move has proven to be a ‘very good’ strategic choice for LIC, Littlefair says.

“The capabilities they are delivering in their cloud platform align very gracefully with some of the things we’re trying to do. Things like their Greengrass for IoT are of huge interest for us.”

Amazon’s focus on the agritech vertical is also a winner for LIC and has seen the company receive ‘a fair amount of support’ out of the US as well as Australia and New Zealand, with AWS keen to help move its agritech market hold forward.

A large focus of day one of the CIO Summit in Auckland last week was soft skills and the importance of culture, diversity and inclusivity. While the proliferation of content in those areas raised some eyebrows – with a question, via the event’s Mobi Q&A asking ‘Can we please get back to performance and move on from diversity?’, receiving plenty of up-votes – Littlefair says he liked the focus.

“Tech people need a lot more of the softer skills now because years ago we just had to talk to the computers, now we have to talk to other people because business is now looking at technology to take more of a leadership role,” he says with a laugh.

He believes CIOs need not only technology expertise and leadership skills, but a third, separate trait: diplomacy skills, something he says often gets missed.

“It’s not just the ability to lead and to understand technology, but the ability to work in a wider business context, managing upwards to the board, and CEO, being able to manage peers across an executive team and also being able to engage with your team effectively when working in an agile way.”

Littlefair saying a growing trend of ‘servant leadership’ requires leaders to “empower people and give them the capability and appetite to be curious, to take risks, to experiment and bring their best every day”.

“What has become clear in recent years is that everybody is doing digital now. It’s not a case of if, but when. Everyone is underway with it and trying to make it happen.

“There’s so much disruption that the business is saying rather than a technology strategy just following a business strategy, how do we collaborate and put stuff together, and how does technology take more of a leadership role in helping dive our business to be more digital, because we don’t really know what’s available and what’s applicable.”

But while Littlefair may support collaboration, diversity (he’s actively working to increase the female influence in his leadership team but also includes diversity of thought, age, race and religion as key) and inclusivity, he’s blunt that there has to be balance.

“I get a little concerned that you can spend a lot of time talking. It’s important to listen, absolutely, but eventually the team have to go, ‘right we’ve discussed the options, heard the advice, thought about all the opinions, now we are going to make a decision, move forwards and execute’.

“Like everything in life it’s about finding that balance.”