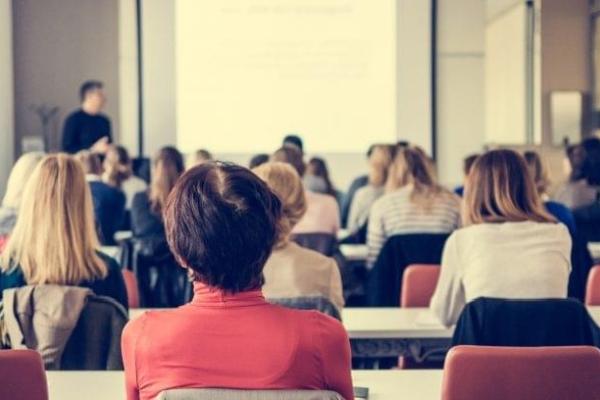 Taking a longer-term view on talent…

Bruce Copeland has a question for New Zealand businesses lamenting the lack of tech talent available locally: What are you doing to grow talent?

“People have to be pretty careful in terms of their hand wringing over this,” says the founding owner and managing director of Kiwi custom software developer Sandfield, whose clients include Mainfreight. “Big employers and people who use a lot of contractors really need to ask what they are doing in terms of contributing towards solving this problem.”

The NZTech Digital Skills for our Digital Future report, released early this year, laid bare the lack of investment in in-house development with just 10 percent of corporate training budgets spent on digital tech upskilling. Combined with a tendency to look offshore for talent – a door now largely slammed shut thanks to Covid and New Zealand border restrictions – flatlining enrolments in tertiary IT education and a lack of interest from younger students in technology and pathway subjects, it has created a perfect storm not just for the tech sector but for all businesses relying on technology.

“What are you doing to grow talent?”

IT Professionals New Zealand CEO Paul Matthews is a lead for the skills section of the Digital Industry Transformation Plan. “As an industry we are doing a really poor job of developing domestic talent compared to other professions or vocations,” he says. “The need for such a high level of immigration is essentially a symptom of that.”

“It is not that there are a lack of places for people to learn, it is a lack of desire for companies to invest in their current staff and, historically, if they needed someone with digital skills they would just go and employ them,” he told iStart.

That’s a key bugbear for Copeland, who says companies resourcing projects with contractors and not including graduates and new people into the mix are ‘making the problem worse’.

“They are taking people who are experienced and could be mentoring and just sweeping them up and putting them into these projects.”

Sandfield has a robust internship and graduate programme with a high proportion of its team starting as interns and then joining full-time as graduates. The company, which has a staff of 120, has taken on about 10 grads in the past year.

Internships are fundamental for the industry, Matthews says, but the numbers are ‘scary’. Last year the Summer of Tech programme had more than 1,000 students wanting to take up internships. Just 200-250 companies were prepared to provide them.

The draft skills plan, which will be part of the overall Digital ITP, will go out for consultation by the end of June and internships are among the ‘quick wins’ Matthews is hoping will drive success.

“The reality is we simply need more of them. We have a model that works with Summer in Tech, but we need to scale it up.”

He says some key issues, such as the cost and the time and focus involved in bringing interns in, can be readily addressed.

Copeland acknowledges there is a cost – for Sandfield, which bills on hours, it’s largely the time cost. But he says: “We’re not doing it purely out of the goodness of our heart.

“What we find is that they are quick and anxious to learn, they fit in with our culture and start contributing to the general feeling and vibe in the office.

“It’s been pretty successful for us and we really like the result.”

That quickness to learn is a key feature of graduates says Giovanni Russello, head of the School of Computer Science at Auckland University. He’s frustrated by companies expecting grads to be immediately work ready.

“We create people who are able to learn quickly and adapt. They have that on top of the general technical aspects of a degree in computer science. But they need experience in the field,” he says.

Matthews agrees. “No other profession would expect someone straight out of university to be productive on day one. “If you study architecture you come out as a graduate into an architecture firm and they expect that it will take a year or two to finish your learning essentially in an industry setting.

“In other professions the education and the training piece is something that is shared a bit more between industry and tertiary, whereas here we look to the tertiary sector and say their grads are no good because we can’t put them to work on day one.”

Both Matthews and Russello are keen to see closer industry-academia links.

“We are the subject matter experts but they are the education experts,” Matthews says. “But whether education has to happen in that traditional setting is another matter and that’s where things like workplace learning, apprenticeship degrees and those sorts of things come in.

“The traditional model of doing a degree programme within a classroom is going to work for some people  but it’s not going to be really where the big future is sitting.”

New pathways
The skills draft contains a raft of options for new training options and pathways into tech, including earn while you learn, apprenticeships and apprenticeship degrees, which combine a degree’s theoretical component with on-the-job training which increases as each year of training goes by.

Apprenticeships have previously been for lower levels of the New Zealand qualifications framework, below degrees and diplomas, but Rove (Review Of Vocation Education) has thrown the old model up in the air and presented an opportunity for apprenticeships at the higher, more complex levels required by the tech sector.

The NZ Tech report early this year showed there wasn’t so much a skills shortage in New Zealand as a skills mismatch, making reskilling equally important.

“Generally it is the more specialist roles that are in higher demand that we can’t fill,” Matthews notes. “And we have got a lot of people mid-career who are working through but aren’t growing as fast as they would be if they were in a parallel profession.”

Cross skilling them to move into more in-demand areas, and bringing into the sector people from ‘compatible’ backgrounds via programmes like the defunct ICT grad schools (funding ran out fo them last year) is a key option, Matthews says.

“What we have found is there are a number of small, good activities happening in this space but no real coordinated approach and certainly no significant focus at a national level and that’s probably an area we need the most attention in,” he says.

The University of Auckland is one organisation offering an ICT Grad School – catering to around 100 people each year and including a 10-week internship – short courses and micro-credentials to assist with upskilling and cross skilling in areas such as cybersecurity forensics and cloud computing. Data science and machine learning/AI plans are also afoot and the university is also offering targeted training to groups of up to 10 people offering crash courses in technology subjects targeted to the industry requesting the training.

Russello says Covid has seen the university to accelerate some initiatives to align more closely with industry, including short courses and micro-credentials.

He’s also pushing for closer ties with industry, including having industry fronting as guest lecturers, or talking directly to students to tell them about the opportunities available at their businesses and what the students need to do to take advantage of the opportunities.

He points to the Netherlands, where he was a PhD student at Eindhoven University of Technology and where there is strong integration between the university and a range of companies including Phillips and 3D printing company Shapeways.

“We have these strong links that create an infrastructure between the university and the industry that they have around the city. And unfortunately I don’t see anything of that sort here in NZ.”

He’s trying to set up similar in Auckland.

“Having the two worlds of academia and industry meeting in a more consistent and meaningful way would be a very good step – having industry people teaching into our lectures, having a more active role supervising graduate students, PhDs and running programmes which can be directly linked to what they’re doing in their business, rather than being theoretical or academic projects.”

That’s something Phillips harnessed in Eindhoven to drive their innovation, he says, but it’s something surprisingly few businesses – even some of New Zealand’s biggest tech names – are involved in, he says.

Combined with academia putting resource into upskilling type courses and programmes focused on industry – something that again he notes can’t happen in a vacuum and would require industry input – would provide positive movement on the talent issues, he says.

Many of Russello’s students are snapped up by big name companies internationally, including Apple and Google.

“I think that is something for the local industry to think about – like salary spend and what kind of business they are, how nice it is working for them, how interesting.”

Copeland is in agreement. His company works hard to attract grads and retain its team long term.

So what role does business have to play in all this?

Matthews says it’s time for companies to look beyond their immediate needs and consider mid- and long-term talent requirements.

While immigration will always be part of the solution, filling more than 50 percent of roles via immigration is unsustainable.

He expects a five to 10 year process to move investment and focus into domestic tech development, and a rebalancing which will ultimately see a more sustainable 20-25 percent of roles filled via immigration.

“Businesses as a whole must be thinking about how they can develop their own talent to meet their needs rather than just expecting to buy them in when the time comes,” he says.