‘When I grow up I want to work in IT’ 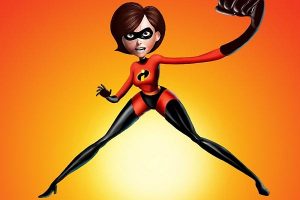 The stats are in and yet again IT has failed to fix its gender gap. Women make up less than a quarter of the IT workforce. Young girls can choose IT as freely as they can choose to become a lawyer, or vet, or ninja poet thoracic surgeon, yet only 3 percent of schoolgirls consider a career in IT.

It’s not for lack of role models. The award-wining film, Hidden Figures, showed us that NASA’s women helped put man on the moon – who knew NASA hired black female mathematicians in the 60’s? The current CTO of the United States is a woman, Megan Smith. That’s a first.

Equality is on everyone’s lips. Hundreds of thousands are spent trying to get more diversity in traditionally male-orientated workplaces – Intel will spend a whopping $300 million by 2020.

So how is it that the number of women in computer science is less now than 20 years ago?

To understand the situation, I spoke to one man and five women who work in IT. Men may feel underrepresented, but suck it up guys; you’re the minority in this tale.

Surprisingly, I did not find a misogynistic universe full of women who felt silenced and handcuffed to the coding floor by brogrammers. I found a bunch of women who love IT.

It’s not a sexism thing
Take Lisa Coleman, who’s worked as an operator, system analyst and IT manager since 1983 across London, New York and New Zealand. When she started the only sexist thing she encountered was receiving a book, ‘How To Dress For Success.’  “The guys weren’t given one – and they were in socks and sandals!”

Coleman is often the only female on a team but has never felt marginalised or humiliated. “Advertising agencies were more sexist than any of the IT companies I worked for,” she reckoned. Coleman is also a potter but it’s IT she loves. “It teaches you how to think and solve problems, a great life skill.”

Katy Sweetman, from Intergen, came into the IT industry “With not a drop of coder blood.” Okay she’s not one herself – she looks after the marketing and communications function – but she’s seen more female graduates come through recently, and thinks some myths need to be busted. “To work in software development, people think you need a computer science degree, and you sit and write code all day. That’s part of what goes on, but a bigger part is project management, problem solving and consulting. We have heaps of men and women who do that equally well,” she explained.

Sweetman said her work is varied and challenging. “Ultimately, it’s about creating solutions that help people, whether at work, in the community or personal lives. It’s exciting.”

Pushing for equal representation
Microsoft is hoping to nudge its female representation from 35 percent to 50 percent with a Diversity & Inclusion Strategy. Donna Wright’s leading the charge and has worked in IT across airlines, FMCG and professional services. She also loves her job. “IT is always changing. You have to continually learn and think about things differently, which means work’s always interesting. With technology continuing to innovate, the experiences we can bring to individuals and organisations is incredible.”

Perhaps, instead of hearing about the alienating brogrammers, more women need to hear about the ass-kicking sisters building smart solutions.

Anne Brushier worked in computer science for 20 years as a software developer. She doesn’t talk about the male to female ratio but, “How many women stack up to guys called Dave?” She’s sarcastic and quick witted and her advice for young girls is to develop a thick skin and sense of humour. “I don’t want to scare girls off. It is fun. Making good software is collaborative and creative. Women are good at both.”

The gender disparity often points a blunt finger at employer bias, but Patrick Lane, who’s worked in IT recruitment for 17 years, hasn’t seen discrimination. Quite the opposite. He’s had clients say, “If you find two people who are fundamentally the same in terms of knowledge and experience, we’d prefer a woman as it would add more balance to the team.”

Impenetrable? Perception is reality
Steph Cooper left university with a BA in Art History and now she’s a product delivery and agility coach. “People think IT’s impenetrable. When I got into it I found people were willing to share information, so I listened.”

She sees women facilitating, testing, designing, and notices differences between individuals, not gender. Cooper said the IT world has changed from a surgical model, where one surgeon – the rock star developer – does all the commanding, to a team-based one. “IT gives me the opportunity to work with smart people, who are passionate about the same things and together we make great stuff that people love.”

‘Making great stuff together’ doesn’t fit with the trope that IT’s full of unfriendly guys at desks hiding under headphones, chugging V all day.

The industry needs to look at the problem differently, thinks Cooper. “It’s not about attracting women to IT, as many young women are already immersed in IT in their spare time.”

Sacha Judd talked about this at Webstock in her speech about the Larries – how so many young women were already coding online, creating a fan world for One Direction. They just didn’t see it as IT and would therefore never consider themselves qualified to work in IT. “I was trying to think how to engage women with technology, ignoring the fact they were already in it.”

Instead of hearing about the gap and barriers, more young women need to hear about the good and the opportunities.

Innovative work. Challenging work. Curious work. Collaborative work. Creative work. Life-changing work. These are the terms young girls need to hear, not the fact that under 25 percent of jobs in IT are filled by women.

“We need to expand the realm of the possible,” said Sweetman, “rather than falling back on whatever rhetoric or science to prove gender bias.”

By the looks of it, less reporting of how bad IT is and more reporting on how rad it is would be a good step to start fixing the gender gap.

Angela Barnett is a brand muse and writer. She likes to write about challenging or uncomfortable subjects, especially from a female perspective. Her stories have been published on the Huffington Post, Buzzfeed, StopPress, Marketing Magazine, NZ Herald, Sunday Star Times and Stuff. 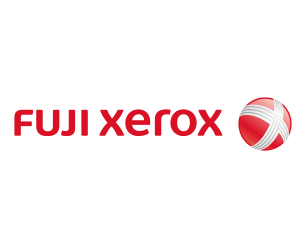