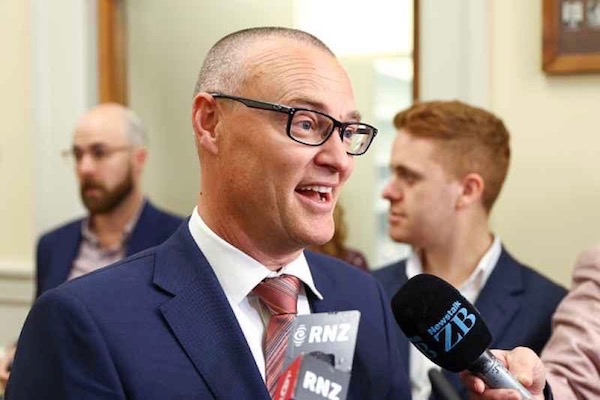 Projects to grow New Zealand’s SaaS community will garner $11.2 million of the $20 million announced by the government last week as the sector eyes a goal of becoming New Zealand’s biggest exporter by 2030.

The funding was announced by Minister for the Digital Economy and Communications David Clark in a pre-Budget release last week, with an MBIE spokesperson confirming to iStart that $11.2 million, allocated over three years, is to help drive the SaaS sector forward. The remaining funding is heading to the NZ Tech Story marketing initiative.

Serge van Dam, an active investor, board advisor and chair or director for a range of SaaS companies including Re-Leased, Montoux, Tradify and Mentemia; and NZTE growth, governance and digital adviser, is particularly bullish about the SaaS sector.

“It’s the best,” says van Dam, who is also an advisory council member for the kiwiSaaS Community. KiwiSaaS has been nominated as a membership organisation the government has decided to fund because the sector doesn’t have natural synergies to drive it together of its own accord, but it is regarded as being in the economy’s interest for SaaS companies to assemble and work together to expand the sector. KiwiSaaS currently sits outside the NZ Technology Industry Association (NZTech).

“It is a sector of the economy that has all the characteristics that market participants are looking for – high growth, high margin, high returns, high income for its employees, high diversification, high export potential and it’s weightless, ie low carbon and environmental intensity.”

It’s also a surprisingly big, and rapidly growing sector – hence the funding, which has come on the back of the Digital Industry Transformation Plan.

Van Dam says there are 500 to 700 exporting business to business SaaS companies in New Zealand.

It’s a surprisingly large number, and van Dam says the lack of awareness of the strength of the sector is one problem it needs to address.

“That is part of the problem and opportunity for SaaS. It lives under the covers but it has enormous potential and already has momentum.”

Revenues last year for the sector were around $3 billion, he says, with 95+ percent of that from export. And it’s growing with a compound growth rate of around 16 percent over the last five years, he says.

“Assuming that remains the case, and the rest of the economy stays at its current trajectory, SaaS will be our biggest export earner by 2030-35,” he says.

“We are growing basically at twice the rate of the general economy and it is the fastest growing sector in the NZ economy, and at least 50 percent faster than the general technology market.”

So the growth is already good, but van Dam says what sets SaaS apart from the general tech market – and what’s no doubt a key factor in the government’s willingness to make a stand and provide funding to help the sector – is that there is no ceiling to the potential growth apart from the old sticking point of finding talent.

“If you look at the companies I’m involved in, whether CoGo or Re-Leased or whatever, the constraints to our growth is not the market opportunity,” van Dam says.

“At Re-Leased we sell software to commercial real estate landlords, well there are millions of them. We have 1,500 as customers but we could have one million if we could find more people. And that is not an understood dynamic of the SaaS sector. Most of the markets SaaS companies operate in have almost unlimited scale. Xero has kind of proven that. No one thought they would get to one million customers. They get to one million and they set a target for 10 million, and if they get to 10 million they will set a target for 100 and it’s all feasible.”

He cites the example too, of Tradify, which provides tradies with productivity tools to run their business, including quoting, invoicing and health and safety. It’s number one in both the Australian and UK markets, but it has just one percent of each of those markets, indicating the scope for growth.

An MBIE spokesperson told iStart the $11.2 million, which MBIE is responsible for and is working closely with Callaghan Innovation and kiwiSaaS on, will be used to expand the KiwiSaaS network through its online and in-person community and events and developing a national database for the SaaS subsector, along with enabling the delivery of short courses for skills development.

It’s the issue of curricula which is a particular bugbear for van Dam. Like many in the tech sector, he wants to see the tertiary sector modernised and providing shorter term courses, rather than degrees, to enable people to enter the industry quickly and with the required skills.

KiwiSaaS is working with Toi Mai Workforce Development Council and independent educational providers to create non-degree pathways for entry to the sector.

“We think it’s a very powerful lever. You simply don’t need a degree to be successful in this sector and the average income is well north of $100,000 a year,” he says.

A procurement process for creating a SaaS Academy is on the cards for this year, along with career events to expose people to the sector’s potential.

Figures on how many work in the SaaS sector are hard to come by. Van Dam says kiwiSaaS believes it’s around 15,000, but the organisation is starting a data collection process to ascertain more accurate figures.

While building a community of companies to enable more sharing and connection, and learning opportunities, both within the sector and to drive new blood into it, are key – and already underway in most cases – van Dam says kiwiSaaS is also working to apply pressure to the government ‘to do sensible things around immigration and make it easier to bring talent in and have workers go offshore because these companies are exporters’.

He’s somewhat defensive when asked why SaaS community should receive funding over and above other tech sectors.

“There is billions of dollars going to other industries. Every part of the primary sector has a hand out much more significant than ours.

SaaS has been called out as part of the digital ITP very specifically for those reasons – it is where the growth and margin high income jobs, global scalability, weightless exports is coming from. It is pretty clear it is different and better than any other part of the digital economy, potentially other than gaming, which has a similar characteristic.

“But if you’re building custom software, yes you can export, yes you can grow, but it doesn’t have the same levers, the same ratios.”

MBIE too, were reluctant to talk about the SaaS/non-SaaS split.

So what does success look like for the SaaS sector?

“This is actually the area where New Zealand can excel. It is weightless, its carbon intensity is very low, it is diversified because the 500 companies work across 100 different industries, so if market collapses it doesn’t really matter overall to the economy.”