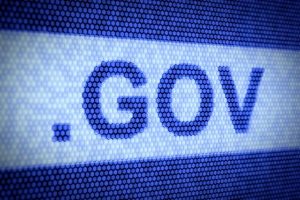 Unisys survey confirms what everyone suspects: online is the way to go…

More people today prefer to engage with government agencies and departments online rather than on the phone or in person. On its own, that makes plain sense – but as it happens, this is a relatively new development. That’s because when Unisys Corporation last ran its Connected Government Survey in 2016, things hadn’t quite reached the levels of online engagement now preferred by the Kiwi populace.

In a statement, Unisys said the 2018 version of the study also found high support for a single mobile app to access multiple government services, and revealed that most New Zealanders assume government agencies already share data between each other (for most New Zealanders, one suspects data sharing makes good sense, rather than serving as some sort of harbinger of ill will.)

The Connected Government Survey, said Unisys, provides insights into the attitudes of consumers toward digital government services and polled 1000 adults in New Zealand. The study also was undertaken in Australia, Malaysia, The Philippines and Singapore.The 2016 study had a slightly different name – the Joined Up Government Survey.

“These findings highlight the need for government to better understand how citizens want to interact with them and to accelerate the digital transformation of government services to close the growing gap between citizens’ desires and government’s capabilities,” said Mark Forman, global head, Unisys Public Sector.

The good news is that the new government is, at the very least, making the right noises about digital interaction (while the public service actually gets on with it).

While in most countries, the preferred way of engaging with government varies depending on the type of transaction, New Zealand citizens consistently prefer to go online to complete their income tax returns, obtain or renew their driver’s licences or passports, apply for welfare assistance, find out about public service and obtain building permits. However, they still prefer to call by phone to report incidents and matters to local council for their action.

Richard Amer, director for digital government, Unisys Asia Pacific said the New Zealand government is a regional leader in digital transformation: “Governments are increasingly turning to digital initiatives to increase internal efficiencies and deliver services to citizens in new and more convenient ways. The New Zealand government aims to have 80 percent of transactions for the 20 most common public services available online by 2021.”

Mobile readiness
The research also analysed which smartphone methods citizens would like to use to access government services, including social media, apps and traditional websites.

New Zealanders most strongly support a single mobile app that gives access to multiple government agencies – desired by 57 percent of Kiwis, compared to only 19 percent who are willing to download individual apps for each department. Almost half, 45 percent, want to access government websites via their phones. Of the five countries surveyed, New Zealanders have the lowest support for using social media to engage with government (13 percent) – whereas this is a desirable channel in the Philippines and Malaysia.

“Essentially, citizens want governments to provide them with an outcome or solution in the simplest way – so a single point of contact is extremely attractive. The low support for social media is interesting as New Zealand emergency services have successfully used social media as a channel to quickly deliver information to citizens. The reluctance may be because citizens are willing to receive information by social media, but it is not seen as a primary means for them to initiate contact with government or engage in two-way information exchange,” said Amer.

Despite this expectation that government agencies are sharing data, citizen support for this depends on the purpose and perceived benefit.

Support is strongest where it enables law enforcement agencies to identify crime and terrorism (51 percent of New Zealanders support) and to a lesser degree to avoid having to repeat the same information to different agencies (40 percent). Only 34 percent support data sharing to enable government to deliver more targeted services.

“The top reasons given by those who do not want agencies to share information with each is that it is not clear how the government will use the data and that it infringes on an individual’s right to privacy,” said Amer.

He explained that governments can address this to some extent by being transparent about who will access data, how it will be used, and how it will be protected.

“But trust is earned and must be rebuilt after every data breach. There are obvious benefits in analysing data to better target services to where they are needed most. But there is a fine line between security, privacy and convenience. Governments must proactively minimise the impact of data breaches – whether they be malicious or accidental – such as de-identifying data used in analysis so that it can’t be linked back to an individual,” Amer suggested.