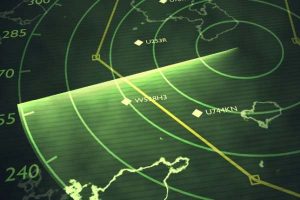 Oxford University’s Big Data Institute has a simple message: “It is possible to stop the epidemic.”

Those seven words headline the organisation’s home page. The team at Oxford redirected their scientists – with expertise in epidemiology, medicine, virology, immunology, mathematical modelling, phylogenetics, behavioural economics and ethics – into research on how to stop the spread of Covid.

Their conclusion: “The epidemic can be stopped if contact tracing is fast enough, sufficiently efficient and happens at scale.”

Their words echo the calls of experts around the globe crying out for faster, more efficient contact tracing and testing. But it’s a vexed issue. In Wuhan, which has been held up as an example of how successful contact tracing can be, 9,000 people were involved in contact tracing. That’s for a city with 11 million people. Per capita, that works out at around 4,500 contact tracers needed in New Zealand, and more than 18,000 across Australia. (For the record, earlier this week, pre-level four lockdown, New Zealand had just 100 nurses doing contact tracing.)

“It has to be on everyone’s radar particularly in those countries where we haven’t seen Covid-19 get away from us.”

“Contact tracing combined with social isolation is a very effective measure to limit the spread and contain and control epidemics and pandemics such as this,” Gartner A/NZ senior director analyst in healthcare, Sharon Hakkennes told iStart. “There is a lot of evidence on this, and to suggest it has been very effective to date in countries like China, Singapore and South Korea.

“It has to be on everyone’s radar particularly in those countries where we haven’t seen it get away from us. It can help us avoid mass lock downs if we can do it effectively. But as a process done by people, it’s highly manual and highly labour intensive, so we need to think about technology.”

That technology is increasingly the aggregation of mobile location data, and apps designed to rapidly identify and contact anyone who might have been in contact with an infected person so they too can be tested – and then continue the cycle of tracking their contacts too.

In countries including Germany, Austria, Italy and the UK mobile operators are reportedly sharing location data with health authorities to help track the spread while others, including Taiwan, are using mobile phone data to keep tabs on those who are self-quarantining.

New Zealand Privacy Commissioner John Edwards told iStart existing law enables the Ministry of Health can request phone location data from a telco, although, he adds, ‘the telcos might want some additional assurance that they would not be liable for providing that information’.

“Under the Privacy Act and Telecommunications Information Privacy Code telcos are able to disclose telecommunications information where they believe on reasonable grounds that it is necessary to prevent or lessen a serious threat to public health,” Edwards says.

“It is possible that they could also approach me for a special authority under the Privacy Act if they felt one was needed in the circumstances.”

The Office of the Australian Information Commissioner was less forthcoming. In response to our questions on whether data from mobile phones could be used for Covid tracking, a spokesperson told iStart the agency ‘appreciates’ the unprecedented challenges faced in preventing and managing the virus.

South Korea’s moves around the use of mobile data have been both lauded and condemned. The country has tested around 300,000 people, more per capita than any other country and its contact tracing has slowed the spread of the virus, but its sharing of detailed information logging an infected personal movements, reportedly down to the minute, often along with their age and gender have sparked privacy concerns. According to Nature, the information made public can include rooms of a building the person was in, whether they wore a mask, and even overnight stays at ‘love motels’ have been noted.

China, meanwhile, reportedly used mass surveillance of phones to classify individuals by their health status and restrict their movements.

Those moves have proved contentious in a world where data privacy is a hot topic and could breach privacy laws in many countries. While many of us may be happy to sacrifice some privacy in order to stop the spread, others aren’t so sure.

“We need to respect the privacy of citizens but we also need to think about the consequences of not having good contact tracing,” Hakkennes says. She’s a fan of the app option, noting some of the apps and systems coming out ‘absolutely have privacy at the forefront and put in good protections to support privacy’.

The app option is one the Oxford team believe could significantly help contain the spread of Covid-19 and mitigate against human, economic and social impacts. They’re advocating that the mobile application ‘should form part of an integrated coronavirus control strategy’.

“Our analysis suggests that almost half of coronavirus transmissions occur in the very early phase of infection, before symptoms appear, so we need a fast and effective mobile app for alerting people who have been exposed,” Professor Christophe Fraser of Oxford University’s Big Data Institute, Nuffield Department of Medicine says. “Our mathematical modelling suggests that traditional public health contact tracing methods are too slow to keep up with this virus.”

Singapore’s TraceTogether app, developed by the Government Technology Agency and Ministry of Health is one such example. The app uses BlueTooth to record contact between app users. If a user becomes infected with Covid, they’re asked to provide contact tracers with access to the anonymised IDs held on the user’s phone, enabling faster tracing of anyone who has been in close proximity to the infected person. The Government Technology Agency says no geolocation or other personal data is collected, and the anonymised IDs are held on the user’s phone only.

MIT and Harvard have also built an app, Private Kit: Safe Paths, which they claim addresses privacy concerns by only sharing encrypted data with a network which doesn’t have a central node.

The apps, however, rely on everyone – or at least a large portion of the population – using them. If you have the app installed on your phone, but the person next to you doesn’t neither of you can receive alerts if one becomes infected. That raises questions about the benefits of the flurry of private app development and suggests Singapore’s method of having a single government developed app.

A new role for the supermarket?
There’s another source of untapped data that some believe could be harnessed to help with contact tracing: Supermarket loyalty programmes.

The slightly left-field suggestion has been made by Tom Fuyala, CEO of New Zealand’s 11Ants Analytics Group.

He admits it’s a plan that would require work but says given the supermarket is the place where people in lockdown are most likely to go. Retailers already collect data via the loyalty schemes and it’s data linked to specific people – at least in theory.

In reality, however, the user of the card isn’t always the person the card is registered to, and details can be out of date.

Fuyala says customer consent would also be required, along with coordination with health authorities.