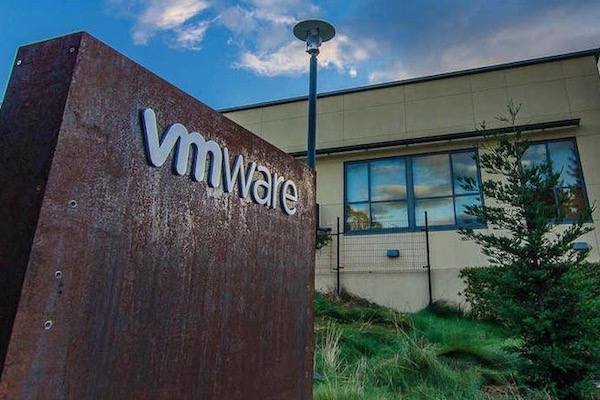 Michael Warrilow has a simple message for VMware’s extensive customer base across Australia and New Zealand: Be prepared to act.

Broadcom’s planned acquisition of VMware for US$61 billion has caught many by surprise.

It’s a move that will expand the ambitious company’s reach into enterprise software, where it has previously snapped up CA Technologies and Symantec, and before that Brocade, to build a US$5.2 billion business built entirely by acquisition.

VMware – one of the top 10 software companies globally – has a strong foothold across Australian and New Zealand businesses, both enterprises and the mid-market. Warrilow, Gartner Sydney-based VP analyst, says A/NZ enterprises have around 80 percent of their on-premise server workloads running on VMware – something that’s been the case for nearly 10 years now.

The company’s strength has always been in server virtualisation, expanding into end-user computing, and building around that security, management, networking and storage offerings, giving them a wide spread across the infrastructure software in enterprise data centres.

It is, says Warrilow ‘part of the plumbing’ for many A/NZ enterprises, and a foundational technology for on-premise infrastructure.

But he says local businesses shouldn’t assume it will be business as usual post-acquisition and that they need to assess their exposure and begin planning for the worst case scenario – though he’s quick to note that doesn’t mean it will be a worse case scenario as it plays out.

“We’re advising existing customers to proceed cautiously and not to expect it will all be business as usual 90+ days after the deal closes, which will at earliest be end of the year,” Warrilow says. “You need to prepare contingency plans now. Whatever situation you find yourself in, you are going to be exposed to the Broadcom-controlled VMware for many years to come so you need to understand your exposure and start to get some guarantees around what Broadcom may force VMware to do.”

That longer-term exposure threat comes because Warrilow says for many companies it will take at two, three or even four years to move off VMware, should they decide to.

Tracy Woo, Forrester senior analyst, is even less optimistic, noting in a blog: “This isn’t welcome news for VMware customers.

“For acquired companies, a Broadcom acquisition sparks fear of price hikes, diminished support and stunted innovation. At a time when VMware customers need to reestablish confidence in the company’s strategy and innovation plans after beloved ex-CEO Pat Gelsinger’s departure, this would be a notable departure from that course.”

Following Broadcom’s acquisitions of both CA Technologies and Symantec, there were, in Foo’s words, ’massive price hikes worsening support and stalled development’.

VMware was already starting on its subscription-based pricing journey.

“Broadcom have stated it will accelerate that move,” Warrilow says.

“As much as people have complained about VMware pricing it is not a painful as they think. There is a value in terms of better utilisation of hardware, but they are used to paying it and then paying maintenance, and they can move the licenses around as much as they wanted – they’re perpetual and portable. But the move to subscription is something that was, and now is more so, going to be of some concern,” he says.

“It’s the kind of things enterprises are going to have to prepare for. They will need to understand inventory, where they are at in their VMware usage, which is high, and start thinking about what their exit strategy would be? Because it is going to take them two to three, even four years to get off VMware, even if they want to.”

And if they do want to, he says Nutanix is likely to be the potential beneficiary as VMware’s number one competitor in hyperconverged. Microsoft, meanwhile has HyperV, which has found a market in small and medium businesses in Australia and New Zealand, but Warrilow says while it’s an alternative that has been proven to work, most companies would already have opted for it if they were going to.

“It’s that core bit where VMware is just so sticky. And that’s the surprise that enterprises are just starting to wake up to.”

Eyes will also be on R&D spend. Research and development spend is lower in Broadcom’s software portfolio than in its hardware business and spend for both CA Technologies and Symantec was reduced post-acquisition.

“Gartner is advising VMware customers to monitor and, in fact, to get guarantees, ideally in writing, that that won’t happen to VMware,” Warrilow says.

He expects Broadcom to keep similar levels of R&D for vSphere server virtualisation software; the storage products, vSan; and the networking products.

For newer product sets, including VMware’s modern application platform, Tanzu – previously Pivotal – which includes containers, all bets are off.

“It’s still fairly early days for Tanzu. Will Broadcom keep that investment? Might they spin it off? Will customers be hesitant. We don’t have answers for first two but customers will be more hesitant to invest in some of these newer areas of VMware given they’ll have some nervousness.”

It’s a nervousness that Warrilow says is being seen for the first time around VMware. Previous deals, including its acquisition by EMC and then EMC’s acquisition by Dell, seemed to have little impact on VMware or the confidence of its customers.

“Broadcom however, is a different acquirer for them and that will be a concern in those areas like Tanzu where there isn’t as much enterprise investment as yet,” he says.

“Companies need to understand their exposure. They need to go back and see how much VMware they are using. In any further negotiations with VMware they need to get guarantees around continuing R&D and there being no drastic changes in pricing.”

Foo seems to be in agreement: “Ultimately if you’re a VMware shop, you’ve got to make a call in the near future.”

And Warrilow has another warning for Australian and New Zealand businesses: “The current market may mean there are more of these opportunistic acquisitions.

“It should be a wake-up call to enterprises that at the end of the day shareholders are higher up the pecking order than customers. No matter what people say.”

The deal isn’t expected to face any regulatory hurdles, but a go-shop provision does mean other companies may consider their options around purchasing VMware – if they’ve got a spare $61 billion floating around.