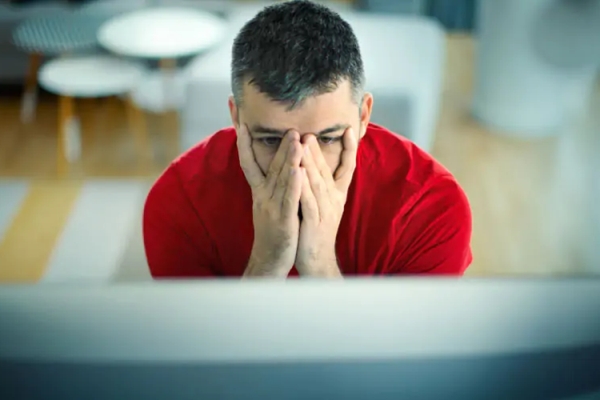 But it’s often a business, not technology, issue…

Australian and New Zealand enterprises are experiencing high levels of regret over major technology decisions – but they shouldn’t necessarily be blaming it on the technology or their IT teams.

That’s the upshot of a new Gartner report and the verdict of Gartner’s Australia-based VP analyst Neil McMurchy, who says companies quick to blame the technology and their IT team – rather than their own processes.

“56 percent had a high level of regret over their largest tech-related purchase in the last two years.”

“This is more about a business decision in most cases than a technology decision and the critical success factors are more likely to be internal to your organisation than they are about the technology itself,” McMurchy says.

The survey of more than a thousand mid to large enterprises worldwide, about their technology purchases ranging from $100,000 to multiple millions and across all different technologies including application software, security, cloud, infrastructure and services, found 56 percent had a high level of regret over their largest tech-related purchase in the last two years.

McMurchy says A/NZ results were in line with the global figures.

Only 13 percent of purchases were categorised as ‘no regret’.

“The major cause for buyer regret is that they didn’t spend enough time thinking about the implementation, integration, data migration, change management and whether the right people were involved.

“When you have relatively complex technology, the technology takes you so far, then there is a gap which is all that other stuff.”

And it’s that other stuff, McMurchy says, which companies are still struggling with.

“In some respects this is sad because having had decades of experience in buying technology – and with technology becoming an even greater proportion of their business model – there is still way too big a gap between how buyers are buying and the things they’re focusing on, compared to the technology.

“Without being an apologist for technology vendors, there is a world of really good technology that has – from a customer point of view – delivered poor customer outcomes, and this report would suggest that a significant part of that is due to the way buyers have approached the thinking about it.”

McMurchy says companies who are winning at doing technology without regret, exhibit some key characteristics – namely the buyers were very organised, had minimal scope changes, had a high degree of consensus and consistency and completed the purchases 7-12 months faster than those who ultimately had buyer regret. And they ultimately had a better outcome to boot.

“The deal is not the financial deal. It’s the purchase of the technology and other things around it that lead to the right outcome for you as a buyer.”

Too often, he says, the procurement process and ‘obsession’ around price and contractual terms overwhelm other important aspects, such as how a company is going to implement the technology and the change management requirements.

“Any reasonable sized organisation has had history – whether they implemented their ERP system, their CRM system or the multiple business intelligence tools they have – and they know this.

“Yet for some reason too often they’re ignoring that previous experience with getting good technology, or good enough technology and not getting a good enough outcome.”

Having the right data is often a ‘very big issue’ he says as is the unwillingness – or lack of skills – to take on change management, particularly with complex applications such as ERP.

The increasing involvement of multiple business units – and the move of IT buying away from the IT team – is also a key issue. According to the survey, 67 percent of people involved in technology-buying decisions weren’t in IT.

“What was interesting was the more functional areas involved, generally speaking the higher likelihood of a high regret deal – it’s a case of the more cats to herd, the less successful you are likely to be.”

He’s not, however, advocating a move away from business units being involved in IT decisions, but he is adamant that the business has to take more responsibility for the business outcome.

“It is too easy to blame IT and to blame vendors for a project failure or regret that it hasn’t delivered an expected outcome.

“I’m not saying they’re blameless, but in too many cases they’re not actually the root cause of the problem.”

“Business may have some requirements, they thrown it over the wall to IT and say ‘go fix this’ and it’s increasingly rarer that the users, for example the business owners, aren’t actually much more truely responsible for the outcome than IT is.”

Organisations where the technology decisions are much more genuinely owned by the business are more likely to have no regret deals, he says.

So what’s a company to do?

To start with, McMurchy says, when you’re doing your referencing checking pre-purchasing technology, take a longer look at those reference sites – and not at the technology itself, but at how it was deployed and the processes used.

“No vendor is going to provide a reference where the technology was rubbish and conversely there is a lot of good technology being poorly deployed, so what’s the gap and why aren’t you testing that in your reference?”

And if you’ve got some ‘regret’ projects in your background, take a closer look at them and use the learnings from them to guide your future approaches to tech.