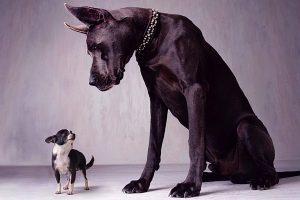 ACCC digital platforms inquiry report makes plenty of suggestions, but what does the Govt intend to do about them?

“ACCC identified many adverse effects associated with digital platforms, many of which flow from the dominance of Google and Facebook,” says the ACCC.

“There is nothing wrong with being highly focused on revenue growth; indeed it can be admired.”

According to the report those include:

“There is nothing wrong with being highly focused on revenue growth and providing increasing value to shareholders; indeed it can be admired,” says ACCC Chair Rod Sims. “But we believe the issues we have uncovered during this Inquiry are too important to be left to the companies themselves.

“Action on consumer law and privacy issues, as well as on competition law and policy, will all be vital in dealing with the problems associated with digital platforms’ market power and the accumulation of consumers’ data,” Sims says.

To that end the report sets out 23 recommendations, spanning competition law, consumer protection, media regulation and privacy law, and reflects on the intersection of those as a result of the growth of digital platforms.

In regards to digital platforms’ impact on Australian media businesses and how Australians access ­­­­­­news, the report makes a series of recommendations, including addressing the regulatory imbalance between news media and digital platforms, Australian Communications and Media Authority monitoring to identify reliable and trustworthy news on digital platforms, and requiring the digital platforms to draft and implement an industry code for handling complaints about deliberately misleading and harmful news stories.

“The Government recognises that news and journalism is an important public good and that with digital platforms collecting and using large volumes of personal information, consumers need to be properly informed about the data collected, how it is being used and by who,” says Paul Fletcher, minister for communications, cyber safety and the arts.

“It therefore accepts the ACCC’s overriding conclusion that there is a need for reform – to better protect consumers, improve transparency, recognise power imbalances and ensure that substantial market power is not used to lessen competition in media and advertising services markets.”

The Inquiry notes the acquisition of startups by large digital platforms has the potential to remove future competitive threats and recommends changes to Australia’s merger laws to expressly require consideration of the effect of potential competition and to recognise the importance of data.

The report also advocates a tougher stance on data practices that don’t fit neatly within the existing consumer law, including the introduction of a ‘general prohibition on unfair commercial practices’.

Furthermore, the ACCC is recommending that unfair contract terms should be prohibited and should attract civil pecuniary penalties, and not just be voidable as they are now.

Privacy is, of course, an issue, with the inquiry finding digital platforms’ privacy policies too ‘long, complex, vague and difficult to navigate’, with many digital platforms refusing to provide consumers with meaningful control over the collection, use and disclosure of user data.

To that end, the report advocates strengthening protections in the Privacy Act, reform of the Australian privacy law framework, introduction of a privacy code of practice specifically for digital platforms and introduction of a statutory tort for serious invasions of privacy.

Finally, to continue the scrutiny on an ongoing basis, the ACCC recommends establishing a specialist digital platforms branch within the ACCC with standing information-gathering powers, to ‘proactively monitor and investigate potentially anti-competitive conduct by digital platforms and conduct that may breach our consumer laws, and to undertake rolling market studies’.

But there’s a huge difference between making recommendations and actually fixing problems. Now that the report is out – and the recommendations in – what is the government actually going to do about it?

Not much, it seems, at least in the short term.

“The precise form of the reforms and a detailed Government response to the report’s recommendations will be informed by a public consultation process, led by Treasury and involving the Department of Communications and the Arts as well as the Attorney-General’s Department,” announced Fletcher and Josh Frydenberg, treasurer, in a joint statement.

“The consultation process will run for 12 weeks and will enable all interested stakeholders to provide feedback on the report and its implementation. Following these consultations, the Government intends to finalise its response to the report by the end of the year.”