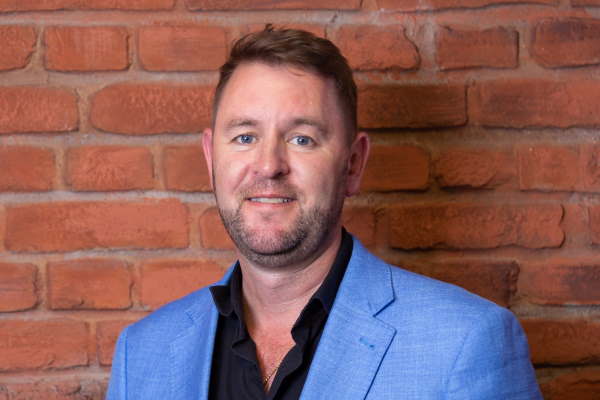 When Nick Mulcahy took over Accenture’s NZ technology practice he was ‘a little surprised’ that the only platform the business didn’t play in was Microsoft.

Just a few short months down the track, that’s all changed, with Accenture NZ launching a dedicated Microsoft practice – already home to a team of 18 and Mulcahy expecting that to grow to at least 50 within the next 12 to 18 months.

It’s also a unit Mulcahy expects to be providing ‘not far off’ 10 percent of revenue for the company in its first year.

“We see Microsoft as extremely significant,” Mulcahy, who moved across to Accenture last year after its $45 million acquisition of Zag, told iStart.

“It is very rare you can walk into an enterprise customer and find zero Microsoft. Somewhere along the line there is going to be either infrastructure or office productivity apps or core enterprise apps from Microsoft in most customers.”

And while the Microsoft service provider market is a crowded market locally, Mulcahy says when it comes to Microsoft’s Finance and Operations solution it’s a lot more sparse, with most focusing on the mid-market ERP, Business Central.

“Microsoft’s F&O solution is very much maturing and getting into some very large organisations, which is where Accenture naturally likes to play.”

So what will Accenture offer that other providers don’t already?

“What we talk about in Accenture a lot is the power of four,” Mulcahy says. “That’s combining strategy, industry knowledge, technology and user experience and bringing those multifacets together [and it] gives us something that the customers can’t get from anyone else in NZ.

“It’s never been about flogging ERP implementations. It’s about us going out and actually successfully transforming businesses,” he says.

“New Zealand organisations will get to benefit from unmatched global expertise and Accenture’s global strategic partnership with Microsoft and the success of Accenture’s Australian Microsoft Business Group.

“Combined with our local market leading expertise in ERP and cloud services for medium and large organisations, Accenture has unmatched capability to deliver mission-critical Microsoft ERP, CRM and Azure projects.

Unsurprisingly, he believes the new practice is a big development for Accenture ‘and indeed technology consulting services in New Zealand’.

The practice has already signed up its first customer, though Mulcahy declines to name them currently. It is, however, a customer who exemplifies the multi-faceted approach Accenture favours: They’ve started with the strategy business and transformed their operating model, with Accenture now ‘plugging in’ the technology platform to deliver the operating model.

“Alongside that we are plugging deep industry knowledge in there to transform the way they interact with their customers,” he says.

The experienced team will also be working alongside the interactive technology team to develop PowerApps.

That push to provide multiple threads for clients will see a go-to-market focusing on customers who are fully immersing themselves in digital transformation, Mulcahy says.

“And then there are those who are tinkering around the edges – not fundamentally looking at their business, but maybe putting a web shop on the front-end to be able to interact with their customers in a different way.

“We feel we have a much stronger point of difference when we’re adding multiple threads of strategy, industry, technology and experience together, so in terms of our go to market we are going to be focusing on the fully immersive [in DX] businesses.

“Saying that, when you are growing, if you find an opportunity that looks good, we will probably be responding to it!”

The disruption caused by Covid is pushing more companies into that immersive segment – as is a growing awareness that companies that are transforming are outgrowing competitors significantly.

“There are a couple of sectors where that is starting to happen,” Mulcahy says.

Farming or the primary sector is one of them. He says projects Zag has done in the SAP space have spurred customer’s competitors into action.

“Suddenly they’re having to take a far more transformative approach to what they were doing.”

Meanwhile, Mulcahy has big plans for the Microsoft business.

“We have got extremely strong growth plans across the whole of our technology practices, but Microsoft is probably the one we see in the next couple of years having the strongest growth.”

But he says, “we also see it as quite a broad set of tools that we’ve got inside that because you have the infrastructure with Azure, the Power Apps and data analytics, you’ve got F&O and CRM so key enterprise apps, whereas if you look at something like ServiceNow it is quite a narrow focused application.”

In three months the Microsoft business has developed ‘a very strong pipeline’ for this financial year.

Asked about the proportion of revenue expected to come from Microsoft business, Mulcahy is direct: “It will probably be not far off 10 percent in the first year, which is a pretty good start considering it is coming into a mature organisation with everything from operations to strategy to interactive technology, and then obviously inside technology Zag is a very mature business with large revenues.

“So it will be a pretty fast start which is great.”

And as to the question of where Accenture plans to find all those additional staff  – an ongoing challenge and hot topic for many New Zealand organisations – Mulcahy says Accenture is taking a three tier approach to addressing what is “a very genuine problem with the government closing the borders the way they have”.

That approach includes a significant graduate intake program this year and an initiative seeking out people with business experience who can be trained in IT.

“Maybe it’s an accountant who has been five years out of university and now is interested at looking at helping implement financial systems as opposed to being an accountant. We’re trying to grow the overall number rather than just passing people around.”

But yes, the third prong will be recruiting experienced talent from competitors or hiring on contractors. You have been warned!