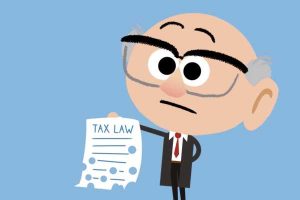 The New Zealand Government’s plans for a digital services tax, aimed multinationals such as Google, Facebook and Uber, has been slammed by Chartered Accountants Australia and New Zealand (CA ANZ), who say the plan is flawed, puts NZ out of step with main trading partners, including Australia, and places NZ at risk of retaliatory measures.

Last month the government called for feedback on two proposed options for a digital services tax targeted at multinational companies offering social media networks, trading platforms and online advertising in New Zealand. The tax is proposed as an interim measure until the OECD’s global solution – BEPS 2.0 – is sorted.

The NZ government says the value of cross-border digital services in New Zealand is around $2.7 billion, and the revenue estimate for a digital services tax is between $30 million and $80 million.

But John Cuthbertson, New Zealand tax lead for CA ANZ, says failing to include New Zealand businesses in the DST would mean running foul of international fair trade obligations – meaning Kiwi companies are likely to also be caught out in any DST.

“It is not a good time to be an early adopter.”

That’s something the government has acknowledged in its discussion document, which notes the DST would ‘likely’ need to apply to NZ residents and non-residents alike. It admits it could also result in both DST and income tax applying to the same income for some firms – including local companies – and would also apply to companies in loss or with low margins.

Governments around the world are increasing their focus on the financial activities – and lack of taxes paid in country – of digital giants such as Facebook, Google and Uber, winning support of many.

But Cuthbertson says ensnaring local businesses in the tax ‘is not exactly what many New Zealanders would have in mind when it comes to making multinationals pay their fair share of tax, particularly as the extra tax is likely to be passed down to consumers’.

“It will be a challenge for government to weave a DST into our tax base that is principled and does not fall foul of our tax treaties and WTO obligations. Consequentially, this tax cannot be an income tax or construed as a barrier to free trade.”

Cuthbertson says the Kiwi companies caught up in the tax will be subject to double taxation, with the DST, by design, not able to be credited against income tax.

Cuthbertson adds that the US has already clearly signalled its intention to impose retaliatory measures against countries who they believe are unfairly targeting their businesses.

“It is not a good time to be an early adopter.”

The CA ANZ has previously called plans for DST a ‘trojan horse’ and a potentially multi-billion dollar threat to the country’s tax base.

“As an exporting nation, a customer-centric tax regime represents a very damaging threat to our tax base. There is a high risk that a large part of our business tax base will go offshore.

“The digital services tax could be a Trojan horse for countries like New Zealand.

“For example, under the US proposal, currently favoured at the OECD, part of the tax revenue paid by exporters, such as Fonterra and Zespri, is at risk of migrating offshore.”

Ireland and Germany have both abandoned plans for unilateral digital services taxes, instead focusing on the OECD option instead, with Australia and the EU also pulling back from a go-it-alone DST.

In March, Australian Treasurer Josh Frydenberg said while the government was firm in its belief that digital firms, like all companies, must pay their fair share of tax, consultation on a potential interim and unilateral digital tax had raised ‘significant’ concerns about the potential impact of such a step, including discouraging innovation and competition, adversely affecting start-ups and low-margin businesses and the potential for double taxation.

“Given this feedback and recent international developments, the government has decided to continue to focus our efforts on engaging in a multilateral process and not proceed with an interim measure, such as a digital services tax, at this time,” Frydenberg said.

The UK, Spain, Italy, France, Austria and India, meanwhile, are among the countries which have enacted or announced plans for a digital service tax.

“However, if the OECD cannot make sufficient progress this year we need an interim solution.”

The DST would be introduced in 2020-21. The government says the DST would be narrowly targeted and not apply to ordinary goods and services, other than advertising or data; goods sold online or the provision of online content such as music, games, TV shows and newspapers – meaning it wouldn’t apply to the likes of Netflix. But it would apply to a platform facilitating the sales of goods, services or content between buyers and sellers, such as Apple music.

Services delivered directly through the internet, such as cloud accounting services; ICT providers, standard financial services and tv and radio broadcasting would also not be included.