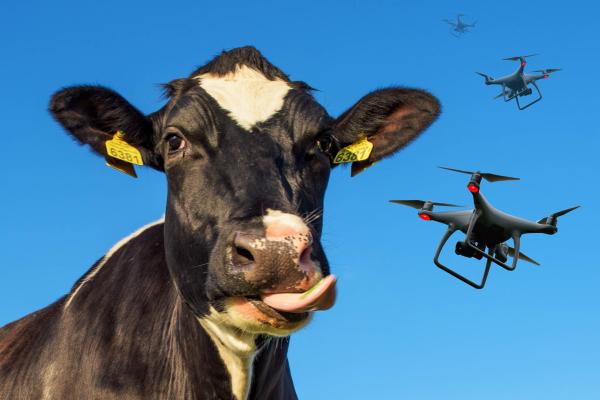 With the annual cow-pat fest at Mystery Creek on this week, agritech is in the spotlight as innovators (many, it has to be said, with solutions looking for problems) pitch their wares to farmers.

Last year saw record breaking investment in agritech and food tech globally – but finding real use cases amongst the hype is still proving a challenge, albeit one investors are getting better at.

Louisa Burwood-Taylor, chief editor for US venture capital company AgFunder, says 2020 was “by far and away biggest year ever for investment in agtech and foodtech”.

The latest insights from the Technology Investment Network, which released its 2021 insights report on the agritech sector this week suggest that investment wasn’t quite as strong locally. But if noise attracts interest and investment, then agritech, a sector that represents around 11 percent of TIN200 revenue, is up for more.

AgFunder’s own research shows global investments in 2020 topped US$30 billion – a 15.5 percent year on year increase. Speaking at the recent E Tipu 2021: The Boma NZ Agri Summit, Burwood-Taylor said much of that growth was down to mature growth stage deals, with larger and larger deals because industry maturing.

Case in point: Plant-based meat substitute company Impossible Foods which had $500 million (the largest ever for a food tech startup) and $200 million funding rounds during 2020.

It was supply chain infrastructure and transportation, along with eGrocery, which saw the greatest number of investments, however – no doubt something attributable to the Covid-19 pandemic and the move to increased online shopping.

But it’s climate change that signals new growth areas for the agritech sector.

“The buzz word of 2021 is probably carbon markets and regenerative agriculture [aka ecological farming and encompassing the likes of organic farming, permaculture and biodynamics],” she says.

“We’re seeing lots and lots of companies on the farm software side are pivoting slightly to provide carbon measurement and incentivisation technologies,” she says.

“The potential for farmland to sequester carbon from the atmosphere is really great.”

However, she issued a word of caution too, noting that it’s a market that might be creating a bit of a bubble and that there are still plenty of unknowns and many differences that can make the modelling inaccurate, complex and potentially even unrealistic.

There’s also the concern that carbon capture may be temporary.

Research groups such as the World Resource Institute have left out the potential for carbon sequestration in their forecasts for carbon emissions in the coming years.

Burwood-Taylor also pointed to a litany of tech offerings whose impacts for agriculture have proved dubious – at least in their initial forms.

Take drones for agriculture. They were an area which raised a lot of money in 2015 with the premise of providing farmers with a view of their fields that they’d never had before.

“In practice, farmers were drowning in pretty pictures of farms that could only tell them what had already happened, when it was too late,” she says.

“It soon became apparent that the ultimate goal and value-added proposition was to alert farmers to problems on field before they became unsolvable, when they still had time to act.

“So we started to see the complicated nuance of agriculture. An industry based on organic goods, natural resources, weather, became really apparent and many innovators were not prepared for that. So investment in drones dropped off.”

Many drone companies pivoted into ‘less complicated’ markets such as construction, mining and urban planning.

After hitting the peak of inflated expectations, however drones are now moving into the plateau of productivity, Burwood-Taylor believes – but with some adjustments.

“It is highly unlikely you’re going to see a standalone drone product, they’re now part of a broader analytics offering alongside other data sources like satellite imagery, soil data, weather data and so on.”

Drones are also being harnessed for tasks like spraying and harvesting, with Burwood-Taylor calling crop spraying drones ‘revolutionary’ for some parts of Asia.

“The key for innovators to remember is that farmers don’t want to be messing around with robots too much – putting them back on charge all the time, needing to keep line of sight – they need a certain amount of autonomy.

The 2017 buzz around blockchain for farming also proved less than robust, with Burwood-Taylor quoting Olam, one of the world’s largest supply chain companies saying it hadn’t seen ‘a tangible scalable use case that could give us significant benefits for adopting blockchain’.

While she acknowledged that comment was made in 2018, she says AgFunder noticed a big drop off in startups focusing on blockchain after the initial buzz.

As to the future, Burwood-Taylor pointed to technologies aiming to improve the climate footprint of agriculture and alternative meat companies, which received US$3 billion in investment last year – not to mention a glut of celebrities jumping on the bandwagon.

Again, though, she issued a caution, noting regulation and consumer acceptance are still unknowns, particularly when it comes to the use of genetic engineering, levels of processing and the health profile of some products.

Wool as plastic
In a separate session, Logan Williams, founder of Keravos, a subsidiary of NZ Merino, urged organisations to think beyond commodities, invest ahead of the curve and disrupt themselves.

Williams, who commented that he has invented a device to destroy methane, noted how the wool market was completely disrupted by DuPont’s invention of nylon, with wool prices declining.

“Many people say wool is an anomaly and it would never happen anywhere else, but I completely disagree. It is the precedent.

“Industry disruption is becoming more and more common and not only in the commodity space,” he said, citing Amazon in retail, Tesla in vehicles and Zoom in the way we communicate.

“You may scoff at the likes of Impossible Meats or synthetic milk, but it’s only a matter of time before each and every one of our commodities are disrupted.

“If we remain flat-footed we will watch helplessly as the world passes us by and we become a part of history.”

For its part, Keravos has invented a plastic substitute, using any types of wool including dags, bellys, pieces and fleece and bonds it with polymers to create pallets that can then be used to create a range of products, while utilising a waste product and returning a higher wool price back to the grower.

“Any company can take our pallets and integrate it into their factory without changing a single thing.”