News > Behind the All Black’s new AI-powered video analytics

Behind the All Black’s new AI-powered video analytics 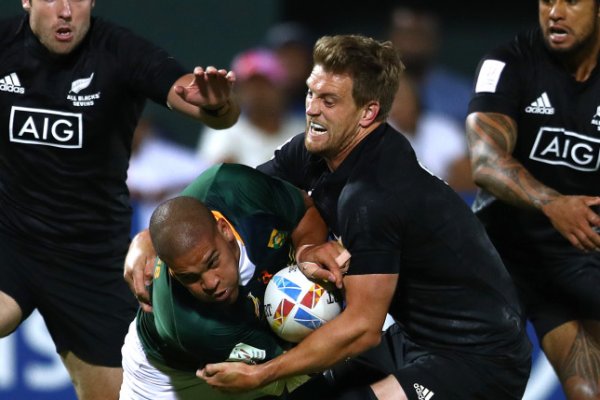 Kiwi data science company DOT Loves Data, along with startup Intela AI, have developed an analytics platform that promises to bring a new level of objectivity to sports field strategy.

Now, New Zealand Rugby has selected the platform, dubbed ‘Play in the Grey’.

It highlights the tremendous potential of using tech to automate and interpret sports data with scale.

DOT founders, Dr Paul Bracewell and Jason Wells, began working together in 2009, developing a new way of evaluating cricket player performance, which was ultimately sold to CricHQ in 2013. The success of that relationship lead to the formation of DOT Loves Data in 2014.

Bracewell says that it was a mix of inspiration, opportunity and the clear potential for synergy that lead to the Play in the Grey project.

“Earlier this year, I went to SXSW in Austin, presenting on the use of machine learning to rate sports performances,” he says.

“That was an amazing experience and during my time there I went along to numerous talks on the evolution of sports analytics. Data capture and data ownership were identified as key challenges by speakers connected to the NFL and NHL.”

Around the same time, Asa Cox of Intela got in touch with the DOT team about what he was doing with machine vision.

“With Intela’s expertise in machine vision, combined with our experiences in sports analytics and high performance sport, there was a natural alignment to develop an innovative offering,” says Bracewell.

The system uses machine vision to identify players on a sports field. Based on the coordinate data for all those players, and their interactions over time, Play in the Grey can automatically detect and characterise events, both on and off the ball. From there, coaching teams can devise attacking and defensive strategies based on the data.

The demonstrations of this capability have garnered ‘substantial interest’ and highlight the tremendous potential of using tech to automate and interpret sports data with scale, says Bracewell.

“The experience of seeing all the complexity rendered beautifully in the frontend, developed by Auckland based company, Roam, was a source of immense satisfaction for all involved,” he says.

“The display of accessible space, on screen display of speed and risk ratings associated with a play have captured the imaginations of potential customers of the platform.”

Generating more than a million data points for every minute of video footage, the platform automates the identification of event patterns and player behaviour – including player locations, speeds, proximity, and running paths – offering coaches a new level of objectivity.

“There is a lot of complex mathematics that goes into the automated detection and interpretation of events within a game,” says Bracewell.

“Fortunately, we have strong connections with Victoria University, here in Wellington, and Otago University and have been able to recruit some very talented analytics minds.”