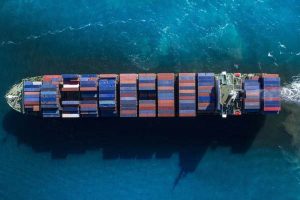 From supply chain tracking to counterfeit products, Amazon is getting serious about transparency…

E-com giant Amazon has just been granted a patent for a new blockchain-based supply chain tracking system by the US Patent and Trademark Office. The application describes ‘an enterprise services platform’ that provides users with ‘verifiable tracking of an item through a supply chain using a distributed electronic ledger’.

Simply put, Amazon’s now patented technology will look to provide parties along the supply chain – vendors, customers, manufacturers, shippers etc – with real-time visibility of an item’s progress towards its destination.

Blockchain is a natural fit for supply chain management, decentralising key data and creating an ‘immutable’ ledger that is available for scrutiny.

Blockchain is a natural fit for supply chain management, decentralising key data and creating an ‘immutable’ ledger that is available for scrutiny by all parties in the process. In 2018 IBM and Maersk announced their own ‘global trade digitisation platform’ based on blockchain and ‘designed for use by the entire global shipping ecosystem’, and last year the tech giant partnered with Chainyard on a blockchain-based network for validating and onboarding suppliers, dubbed the Trust Your Supplier (TYS) Network.

IBM’s platform doesn’t track products, but it well might in the future.

Amazon’s new patent may also go some way towards tackling the company’s ongoing issues with counterfeit and fraudulent products. The e-commerce giant has been accused of listing thousands of banned, unsafe or mislabeled products (some which even masquerade as Amazon’s own products) and in April, the US Government included Amazon’s Canadian, German, French, Indian and UK-based sites on its list of ‘notorious markets’ for counterfeit and otherwise pirated goods.

“It is difficult for consumers and right holders alike to determine who is selling the goods [on Amazon],” says the review. It also says that rights holders are concerned that ‘anyone can become a seller on Amazon’ because the company does not sufficiently vet sellers on its platforms.

“As the scale and sophistication of the counterfeiters have continued to grow and evolve over the years… Amazon should commit the resources necessary to make their brand protection programs scalable, transparent, and most importantly, effective,” says the review

That the company appears to be doing. The recently launched Project Zero uses machine learning to continuously scan Amazon stores and remove suspected counterfeits. The technology can scan more than five billion listings daily. Similarly, the company has also launched a new verification pilot program designed to validate prospective sellers’ identification via video conferencing. Amazon estimates that it spent more than US$400m fighting fraud and other forms of system abuse in 2018 alone.

The new patent will also join Amazon’s already impressive collection of IP. Over that last decade Amazon has been aggressively growing that collection – from just 1000 active patents in 2010 to nearly 10,000 by 2019. Those patents cover a staggering range of technologies, including drone technology, VR headsets, camera tech that can guess a customer’s emotions based on their expressions, and sensor tech for refrigerators that detect spoiled food by ‘smell’, and even a giant whip that could be used to throw items into orbit.