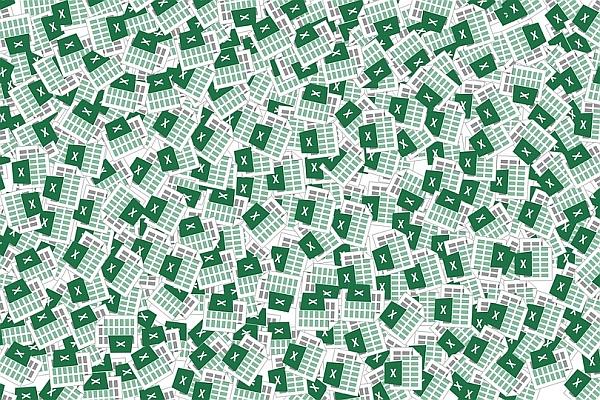 Spreadsheets are ubiquitous in business, but while flexible and astoundingly capable, they are also often an indicator of a breakdown in process or software capability. It’s something we at iStart routinely encounter when discussing ERP upgrades or implementations: the spreadsheet is the bridge over troubled off-the-shelf software waters.

Anaplan is a product (and company of the same name) that has enjoyed phenomenal growth on the back of exactly that pain point by targeting businesses where spreadsheets have (inappropriately) supplanted ‘official’ enterprise planning and decision support tools. It is now talking up its Kiwi roots to help leverage growth in the APAC region.

In an interview with iStart, UK founder of the San Fran headquartered business, Michael Gould explained that he and founding partner Guy Haddleton – a New Zealander – recognised that planning tools were obsolete, driving their users to bypass the systems of record. “These tools are hard to use and take time to achieve anything. They also limited the ability for teams to collaborate – problems which get worse with the growing data volumes and complexity we have today.”

That’s not all. Gould, a Yorkshireman, explained that flexibility is becoming a crucial component of corporate planning, particularly as market disruption becomes the norm. “Decision-makers have had to face up to the rapid pace of change; they need the tools to model and explore different ways of doing business,” he said.

This is precisely the sort of flexibility and ease of use that decades-old legacy systems cannot deliver.

As a result, executives have turned, en masse, to spreadsheets. “The old systems couldn’t adapt fast enough – so what we’ve done is provide a platform which handles enterprise scale but which is flexible and can change rapidly.”

Powered by cloud
Just how Anaplan got the jump on software from the likes of industry heavyweights including SAP, Oracle, IBM and Microsoft, comes down to – you guessed it – cloud technology and a software as a service platform.

It might come across as tech mumbo jumbo, but HyperBlock is fundamental to what Anaplan does – and what has propelled it to a billion-dollar valuation. The technology automatically records updates at a granular level by amending only the affected cells. This means that as volumes scale (and in today’s day and age, data volumes can be depended upon to scale, fast), users can instantaneously update or change planning models.

As a result, Anaplan enables dynamic interaction across teams, rather than leaving planners with static models that can’t keep pace with daily change.

And in case you were wondering, yes, that technology is patented.

Jaw dropping
Gould said there are jaw dropping examples of spreadsheet usage outside of the supposed enterprise system doing the planning. “Take HP, before the split. They were planning quotas for 25,000-plus sales reps for billions of dollars. They’d created this massive inhouse system of spreadsheets which took ages to update. For 5 months of the year, those reps were flying blind – then once the cycle was done, they’d have to start all over again.”

With Anaplan, he said that process now takes a matter of weeks, delivering unprecedented (at least in HP’s case) visibility to management.

Asked which organisations find a use for such a solution, Gould again pointed to the magic of SaaS. “There is a wide range of scale; our focus is on large companies as we’ve had a direct sales model and that makes sense, but we are now also working with partners to address smaller companies in the mid-market,” he explained.

Like many enterprise software companies, Anaplan is keen on the idea of AI and all its many subfields, including machine learning. But Gould pointed out that sorting out basic planning first is a good idea before reaching for the stars. “It’s no good getting AI and not knowing what to do with it. But the potential in planning is huge, you can deal with different kinds and volumes of data which might previously have had nothing to do with planning – for example, demand forecasting for consumer products companies could include weather, industry metrics you can buy from external sources, web sentiment analysis, all that sort of thing.”

But you can’t have AI introduced into planning if the processes are broken and manual; you need to sort out the little things first.”

A new unicorn
Things are going well for the privately held company, as it reached a billion dollar valuation in January last year, putting it into the rarified air occupied by that most elusive of creatures, the fabled unicorn. That’s not bad for a company which commenced trading in 2010 (though it was founded by Gould and Haddleton in 2006).

The A/NZ operations are run out of Sydney, with offices in Melbourne and Brisbane, and service delivered to New Zealand customers including Fletcher Building (for which planning has, in 2017 at least, not gone so well), Sky TV and TVNZ, and ‘an organic exporter which is using forecasting for crop management’.

That Kiwi co-founder? Haddleton is a former member of the elite NZSAS unit, founder of Adaytum Software which was sold to IBM Cognos in 2003, and has played a major role in the development of Anaplan’s software (some of the early development on the platform was done right in Kiwiland, said Gould), “So we have a strong link with New Zealand”).

It has, Gould said, a strong presence in property and real estate, financial services and retail, with ‘a lot of traction’ in the consumer products space and strong growth in multiple APAC markets. “The problem of planning is recognised in most companies – and almost every company where spreadsheets have taken over, can use our solution,” he concluded.