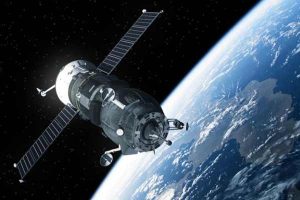 New Zealand and Australia could see economic benefits to the tune of AU$7.4 billion (NZ$7.7 billion) over 30 years if ‘super-accurate’ satellite-based positioning technology is implemented – with agriculture the big winner.

The figures follow an 18-month Satellite-based Augmentation System (SBAS) trial which was a partnership between Land Information New Zealand and Geoscience Australia and involved 27 demonstration projects across 10 sectors including farming, mining, construction and the disability sector.

New Zealand and Australia have been working together since 2017 to explore developing a regional SBAS, which is already used in the US, Europe (with the European Geostationary Navigation Overlay Service), Japan and India, to improve the accuracy of GPS.

“Improved positioning is essential to open up new opportunities for our businesses and industries.”

While GPS usually provides positioning accuracy to around five to 10 metres, SBAS, which uses satellites as well as ground-based infrastructure, would improve accuracy to less and one metre and in some devices as little as 10 centimetres.

Its potential is also strong in air navigation – it can help aircraft land in poor weather without the need for expensive ground-based landing aids. The technology has also been touted for road safety and congestion management.

The bulk of that $7.4 billion potential windfall will be found in the Aussie sector – but at AU$1.4 billion/NZ$1.5 billion the amount forecast to accrue to New Zealand isn’t to be sneezed at.

In New Zealand, agriculture takes 57 percent of the potential benefits (in Australia it’s 23 percent, just behind resources’ 25 percent). The figure includes a potential value of AU$820 million in feed and fertiliser savings

“This improved positioning is a particular game changer for operators who might be based in isolated areas, such as farmers and miners, with trials showing significant efficiencies across the board,” Canavan says.

“The latest figures show a possible $820 million saving in feed and fertiliser over 30 years through improved pasture utilisation, while mining could see a saving of $577 million through improved efficiency of mining haul trucks.”

Jaime Manning, agriculture lecturer at CQUniversity which has been running a trial testing SBAS benefits for livestock tracking, says improving the accuracy of on-animal sensing systems enables better understanding of an animal’s behaviour and where they are.

“For beef cattle producers in this region, this research means that in future we will be able to detect issues such as which parts of a paddock may be over-grazed, or if an animal is not moving normally and may be sick or lame,” Manning says.

“The enhanced accuracy provided by SBAS will also support the adoption of technologies like virtual fencing in more intensively-grazed pastures, which has been estimated in this report as potentially saving dairy farmers $100 per cow each year.”

Both Australia and New Zealand’s governments’ have thrown in additional funding in the latest budgets to investigate ways to fully deliver SBAS across A/NZ. New Zealand chipped in $2 million while Australia’s 2018-19 Budget included $160.9 million for GA to secure a fully operational SBAS for the Australasian region and a further $64 million for National Positioning Infrastructure Capability, which will improve positioning to three to five centimetres in areas with mobile coverage.

It’s a case of another day and yet more big figure predictions from government agencies – just last month the New Zealand Ministry of Transport claimed potential benefits of $7.9 billion to the Kiwi economy over the next 25 years from drone use (we’re still sceptical on that one!)

Now, however, the trick is for both Australia and New Zealand to make SBAS across the region a reality – rather than just another forecast dream.