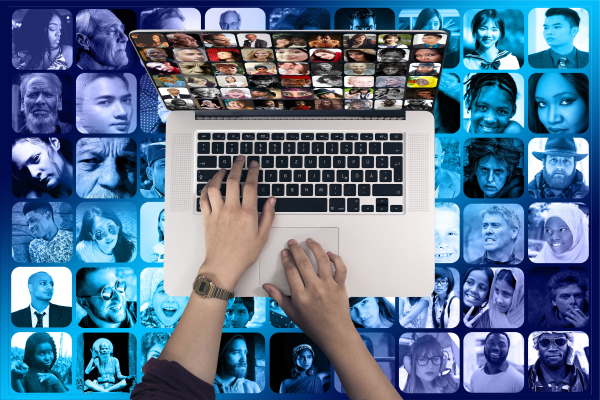 New Zealand and, to a lesser extent Australia, are losing out to more ambitious and dynamic digital competitors, with our global rankings for digital competitiveness declining.

The Digital Riser report, from the European Center for Digital Competitiveness, analyses and ranks 137 countries progress in digital competitiveness over the past three years, based on data from the World Economic Forum, World Bank and the International Telecommunication Union.

The report focuses on the ecosystem and mindset. And it’s bad news for both Australia and New Zealand, who were in the negatives for both areas. Australia’s ecosystem ranking was -14, with New Zealand trailing even further behind at -49, while in mindset, Australia was down four, New Zealand was down 21.

“Change can happen quickly with the right measures.”

For New Zealand, the Digital Riser report confirms what we’ve heard repeatedly: New Zealand might have done well dealing with Covid and our tech businesses are doing well, but as a country, New Zealand is lacking the focus other countries have to create a digital economy, with the government failing to prioritise digital – despite plenty of rhetoric and investment in schemes such as Digital Boost.

For Australia and New Zealand, that ambition and focus is apparently lacking. Across East Asia and the Pacific, we’re being lapped by more digitally-ambitious countries. Vietnam was the top riser in East Asia and the Pacific. It has a goal of having its digital economy account for 30 percent of GDP by 2030. Its National Digital Transformation Program 2025, meanwhile, initiative aims to experiment with new technologies and models, update business processes, overhaul government activities and develop a safe, secure and humane digital environment.

The Digital Riser’s findings are backed up further by Surfshark’s Digital Quality of Life Index, which evaluates countries based on five ‘fundamental digital wellbeing pillars’ and which has ranked Australia 17th and New Zealand 23rd among 110 countries. It’s a two place jump for Australia, but for New Zealand it’s a six place drop, with the country ranking lower than Australia in internet affordability (49th versus 23rd), internet quality 22 vs 7), e-security (42 vs 36) and e-government (16 vs 9), but better in e-infrastructure 19 vs 22).

For Graeme Muller, NZ Tech chief executive, a big part of the Kiwi problems lie in issues around skills gaps and inability to bring tech staff across the border.

It’s an issue he has railed against in recent months, telling iStart in August that government inaction in the area was ‘completely irrational’.

“Since 2018, New Zealand’s digital competitiveness has gone backward due to issue with the ability to hire foreign labour and the lack of graduates with digital tech skills. New Zealand is not adapting fast enough,” he says.

“Until the government acknowledges the importance of being able to get critical international digital skills into New Zealand we will continue to slide back,” he warns.

And he paints a dire picture for New Zealand in the years ahead: “Productivity will get worse not better, income taxes will decrease as high paid roles continue to be shifted out of New Zealand, the algorithms that govern many aspects of our lives will lack cultural relevance and ultimately life will get harder for many more people as the years go on.”

The report meanwhile notes that how governments manage and navigate the digital transition, and the transition out of Covid, will continue to determine significantly how competitive and prosperous their countries will be in the decades ahead.

“More than ever before, new technologies such as 3D printing, augmented and virtual reality, sensors, artificial intelligence, quantum computing and robotics have the potential to disrupt nearly any industry. As a result, we will see new growth, new opportunities and a better future.

“However, we might also see regions that are less able to navigate through such complex transitions and might thus miss these opportunities.”

But if the situation for A/NZ looks glum, Christian Poensgen, European Center for Digital Competitiveness founding supporter, says all is not lost.

“Our results also reveal that change can happen quickly with the right measures,” Poensgen says.

The report provides a playbook of best practice case study and highlights the big moves made by a number of countries. Among them are Canada and Italy, both of whom have implemented ambitious plans. Canada launched an Innovation and Skills Plan lighthouse initiative, including a strategic innovation fund which created and maintained more than 70,000 jobs. An Innovation Superclusters Initiative co-invested more than $1.2 billion in more than 270 projects to launch superclusters that accelerate business driven innovation with the potential to energise the economy.

Italy has improved its position in the Group of Seven from last place in the previous year to second place in 2021 by taking ‘bold’ measures, such as its Repubblica Digitale lighthouse initiative for digital inclusion and digital skills building, or the Italian Startup Act, which provides favourable visa policies and tax incentives. The ISA has yielded more than 10,000 registered innovative startups until 2019, and has seen two expert groups on AI and blockchain established to develop action plans for the technologies.

In China, the Made in China 2025 initiative is credited for much of the countries outperformance. That initiative defines and supports 10 key sectors in which the country aims to become a world leader, including information and robotics. The Chinese government has also stressed the significance of entrepreneurship by making it part of the ‘Chinese Dream’.