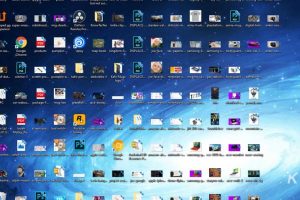 Businesses are logging off their social media apps and turning instead to software development, data and security apps as demand for innovation and insight increases.

Okta’s latest Businesses @ Work report, which looks at app usage in large companies, shows social media apps LinkedIn and Twitter have logged off and GoDaddy and GoToMeeting have gotten up and gone in the six years since the Okta reports started.

There’s a new wave of apps coming to the fore with GitHub and flowchart design tool Lucidchart joining the top 15 apps for the first time, and conferencing app Zoom leaping up the charts.

“When it comes to the trade-off between a centralised provider and individual solutions, functionality, ease of use and employee needs come first.”

Atlassian’s Product Suite – which includes Confluence, Jira and Bitbucket – jumped to fifth place on the most popular apps by customer numbers.

The annual reports provide empirical – anonymised – data from Okta’s 7,400-plus customers and more than 6,500 cloud, mobile and web app integrations in the Okta Integration Network, providing insight into the way large businesses really are using software.

While businesses may be ditching apps that don’t spark joy, they’re certainly not about to join the KonMarie movement of letting go and decluttering to spark joy, with the number of apps per customer up six percent from last year and 10 percent of Okta’s customers now using 200 apps or more.

That’s the upper end of the scale, but even the average is a somewhat scary 88 apps per user, up from 83 a year ago.

Todd McKinnon, Okta CEO and co-founder, says “As more businesses build and protect digital experiences for their workforces and customers, we’ve seen a gravitation toward technologies that enable choice and flexibility, with a healthy dose of data usability and security.”

While there’s been plenty of change in the lineup, the top players have held on firmly to their top spots – Microsoft Office 365 and Salesforce have held first and second spot, respectively, for most popular apps by number of customers for the whole six years the report has been done and there’s no sign of them letting go yet. Likewise, Amazon Web Services and G-Suite have held the third and fourth places for the past three reports.

But having a full suite like Microsoft 365 doesn’t mean businesses are loyal only to that offering: Customers are increasingly double-dipping – purchasing best of breed apps such as Zoom (purchased by 32 percent of Office 365 customers) and Slack (31 percent).

Taking it a step further, companies are also investing in multiple bundles with more than 30 percent of Okta’s Office 365 customers also deploying G Suite as well.

“When it comes to the trade-off between a centralised provider and individual solutions, functionality, ease of use and employee needs come first,” McKinnon says.

Speaking of Zoom, Okta calls out the video communications player as the only app its seen in the top 10 fastest growing apps for four straight years (clocking growth of 76 percent this year). It originally debuted at number one in 2016. Zoom isalso the only company to be in the top apps by number of customers, top app by active unique users and fastest-growing apps lists all in one year.

KnowBe4 – which was the fastest growing app in last year’s report – and Mimecast, both focused on securing email from phishing attacks, were the most popular security tools, followed by Jamf Pro.

But if people is the starting point, it’s the infrastructure layer which is seeing the fastest year on year growth at 61 percent.

Graham Sowden, Okta APAC general manager, says across Australia and New Zealand businesses are increasingly placing emphasis on shaping and securing digital experiences for their workforces and their customers.

“Okta has been producing this report for six years, and in that time, we’ve seen technology evolve to offer users maximum productivity and flexibility. We expect to see more and more specialised and customisable apps driving greater efficiency, and enabling companies to do their best work through the next decade.”