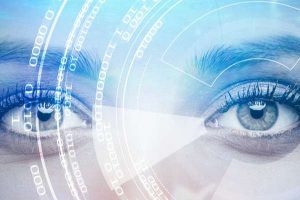 Government, immigration and now banking and mobile phones – biometric facial identification is quickly becoming the authentication tech du jour (and soon to be joined by gait-recognition of your silly walk).

ASB is the latest to announce new biometric services. Last week the Kiwi offshoot of the Commonwealth Bank of Australia banking giant jumped aboard the biometric bandwagon with the release of a new mobile app that verifies new customer identity all via photograph.

It’s pretty slick tech. New ASB customers can now open a bank account without going into an ASB branch, instead snapping their portrait with a mobile phone. The customer’s selfie is then compared automatically to existing photo ID, and when a match is found, confirms the customer’s sign up (as part of a two factor sign in process).

“Owing to the accuracy and speed of the process, it has started to be widely accepted across the world.”

“We know biometrics can improve the customer experience, while also making it more efficient and safer for everyone,” says VIX Verify New Zealand’s Ross Hughson.

“As a result, VIX Verify is investing in biometric capability so we can further enhance this solution with ASB.”

It’s part of the new wave of biometrics taking place in the banking industry and beyond.

In Australia, Microsoft and NAB are envisioning a cardless future for bank customers, currently trialling a proof of concept ATM that lets customers withdraw cash from an ATM using facial recognition technology and a PIN – no card required.

It’s interesting tech, but NAB says it isn’t rushing a wider rollout yet: “The concept has been designed purely to test the customer experience of using such technology,” says the bank.

“The ATM system, using Azure Cognitive Services, does not store images, only the biometric data, and the data is held securely on Microsoft’s trusted cloud platform; it will be erased following the experiment.”

So now that ATMs know you by sight, along with your mobile phone – Apple and Samsung have both released facial unlock options in their latest handsets – it’s a brave new world that is set to expand rapidly, with the global facial recognition market estimated to reach US$9.8 billion by 2023.

“The market demand for the process is huge as it simplifies as well as enhances the security mechanisms implemented at various processes,” says a new report from Research and Markets.

“Owing to the accuracy and speed of the process, it has started to be widely accepted across the world.”

But it’s not just the consumer end driving the market. With the promise of better surveillance capabilities, terrorism and border security applications – not to mention plunging price points – governments are now beginning to take a serious look at the possibilities of large scale biometric identification.

Which makes Australia’s abortive biometric project – another in a growing list of Australian public sector IT projects gone wrong – all the more dramatic. In June this year the Australian Criminal Intelligence Commission (ACIC) abruptly cancelled its Biometric Identification Services project after several deadlines were missed by NEC Australia.

The AU$46.8 million project was due to go live in April 2016, but after repeated delays – and a reported cost blow-out of more than $100 million – the project was scrapped by ‘mutual agreement’.

It’s likely a sunk cost, but the ACIC is putting on a positive face: “The ACIC is committed to delivering projects that enhance capability for our law enforcement partners,” says Michael Phelan, CEO of the ACIC. “As part of this approach we regularly review the scope, expected benefits and ongoing feasibility of our projects.”

“The ACIC is committed to providing national criminal information and intelligence services, including fingerprint data, to more than 70,000 police officers and other accredited users on a daily basis, to keep them and the Australian community safe.”

The crims, it seems, will dodge this particular net.

Runaway project costs aside, the balancing of privacy versus efficacy is a common pinch point for security-concerned governments, and a challenge for anyone in biometrics, so consumerisation will be welcomed by authorities to rapidly improve public acceptance.

Meanwhile, Chinese authorities are currently deploying ‘gait-analysis’ tech that can identify people not by face or fingerprints, but by their unique manner of walking, all via CCTV.

Real-time identification is not available yet, but the Watrix AI, the start-up behind the tech, says that it can search an hour’s worth of footage in around 10 minutes and identify individuals therein to an accuracy of 94 percent.

And though civil libertarians will surely have something to say about the privacy ramifications, right now the money is talking louder: Watrix recently raised US$14 million in a pre-A round of fundraising to accelerate the development of the tech. One hopes that consulting the Ministry of Silly Walks will be part of investors’ due diligence.

The investment will primarily be used for R&D, marketing and attracting new talent, says Huang Yongzhen, founder and CEO of Watrix AI.

“We will spare no effort to explore more advanced technologies to step up the application of gait recognition technology.”

“We aim to gain a lead in the industrial visual sector.”