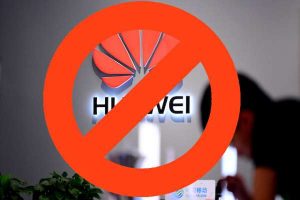 There are good reasons for not banning Huawei…

Speculation is rife around comments from New Zealand’s Communications Minister, Kris Faafoi, who has said he is considering following Australia by banning Huawei from participating in any 5G mobile networks in New Zealand.

In addition to telco infrastructure, Faafoi appears to be considering adopting Australian Government policy wholesale by saying he is considering barring Huawei from taking part in any crucial infrastructure builds.

While Huawei is best known by most kiwis for their smartphones, they are also the biggest network equipment manufacturer globally. Huawei network equipment powers a sizeable chunk of New Zealand’s telco infrastructure including Vodafone’s HFC cable network, and significant pieces of the UFB network as well as 2degrees and Spark’s 3G/4G mobile networks.

“The issues have always been based on politics, rumour and innuendo.”

The moves by both the US and Australian governments arose out of concerns around alleged links between Huawei and the Chinese government. Huawei New Zealand’s deputy CEO, Andrew Bowater says that these fears are groundless.

“The issues have always been based on politics, rumour and innuendo. There has never been any actual evidence of wrongdoing by Huawei. We strongly believe there needs to be some sense of natural justice involved,” Bowater says.

Bowater’s comments are especially salient when the only recorded instance of any spy activity involving Huawei came to light in 2010, via documents leaked by Edward Snowden. Known as Operation Shotgiant, the scheme was part of National Security Agencies attempts to exploit Huawei network equipment to allow the US to spy on unnamed targets. The leaked documents reveal US concerns that widespread use of Huawei equipment could enhance China’s SIGINT capabilities (SIGINT or Signals Intelligence is intelligence-gathering by interception of digital communication signals) or enable the Chinese to perform denial of service attacks.

While Huawei has long denied any links to the Chinese government, naysayers argue that Huawei operates in a country ruled by a benevolent dictatorship and that they could be subject to pressure to exploit the infrastructure sold into other nations.

Huawei’s Bowater argues that they have nothing to hide. “New Zealanders can have confidence that every major piece of work Huawei does in New Zealand is subject to rigorous independent evaluation, thorough risk assessment and strong regulatory oversight through the TICSA process. The evaluation takes place at the UK Cyber Security Evaluation Centre, overseen by UKGCHQ with reports going direct to NZGCSB.”

News that Faafoi was considering an Australian style ban attracted the ire of telco sector leaders, with Spark CEO Simon Moutter telling shareholders that unless there is ‘incontrovertible evidence’ that Huawei’s gear posed a national security threat, Huawei should remain as a supplier to Spark. Moutter’s views were echoed by 2Degrees spokesperson, Matt Bollard who said Kiwis would feel the pinch financially if Huawei was banned.

“We’ve been with Huawei for 10 years, and its important it remains around as an option because it provides quality network kit and brings price-competitiveness…That filters through to prices people pay when they use their mobile.”

Another consideration is the fact that barring Huawei from New Zealand’s 5G builds as the Aussies have done will do little to change any alleged security risks. The New Zealand Herald’s Juha Saarinen, argues that snooping can happen regardless of whose networking gear gets used. Saarinen says this is because the internet is made up of a series of interconnected networks and operates by transitioning data across these networks. ISPs and Telco’s use what is called Border Gateway Protocol (BGP) on their routers to manage intra-network traffic. BGP is an open protocol and open to abuse by authoritarian states whose networks the data is travelling across. In theory, any state could intercept and view data flowing across their networks.

Buying into the Five Eyes hype may tick some political boxes. It might even sit well with some voters, but there are good reasons why banning Huawei is not a good idea. Doing so will without any doubt result in less competitive broadband and mobile plans as telcos and ISPs pass on the cost of removing Huawei gear and replacing it with more expensive alternatives.

Bowater sums this up by arguing that “Any network can be vulnerable to risk and it would be almost naive to think focusing on one company will somehow protect New Zealand’s interests. The risks must be addressed rationally through a joined-up approach to security across the whole industry, customers and government.”