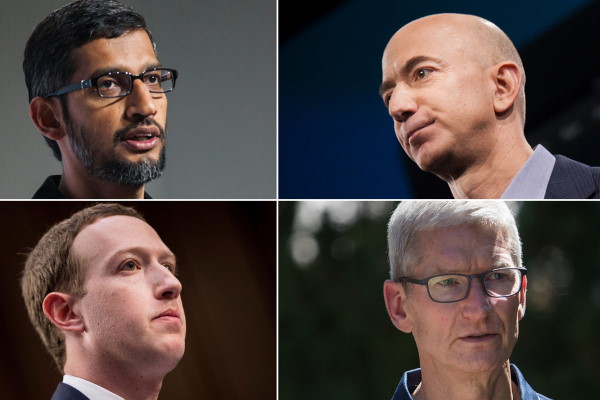 Australia’s crackdown on social media giants has ramped up again, with the Federal Government launching a Select Committee on Social Media and Online Safety to put platforms under the microscope over ‘toxic material’ and its impact on people’s wellbeing.

Facebook, Instagram, TikTok and Twitter are among those who will be asked to ‘take part’, fronting up to the inquiry to explain their actions to keep Australians safe on their platforms.

The inquiry’s broad-ranging remit will reportedly include investigating the algorithms used by social media platforms and their role in increasing exposure to extreme content. Identity verification and age assurance policies will also be under scrutiny.

Prime Minister Scott Morrison says big tech created the platforms and has a responsibility to ensure users are safe.

“Big tech has big questions to answer,” Morrison says. “But we also want to hear from Australians; parents, teachers, athletes, small business and more, about their experience and what needs to change.”

Minister for Communications Paul Fletcher says the ‘troubling’ revelations from a Facebook whistleblower in a similar hearing in the US amplified existing concerns.

Frances Haugen, who worked as a lead product manager for Facebook’s civic misinformation team, told the US Senate Subcommittee on Consumer Protection, Product Safety and Data Security that a ‘morally bankrupt’ Facebook was choosing to grow ‘at all costs’, with the company ‘intentionally’ hiding vital information from the public and governments and making ‘destructive choices’.

Haugen, along with AFL stars Adam Goodes and Tayla Harris and TV sports presenter Erin Molan – who have all been victims of trolls – are expected to be invited to give evidence.

‘This inquiry will be a very important opportunity to examine the practices of these companies – and whether more needs to be done,” Fletcher says.

“This inquiry will give organisations and individuals an opportunity to air their concerns, and for big tech to account for its own conduct,” he says.

The inquiry will run for three months, with the final report due in mid-February.

The select committee comes hard on the heels of proposed legislation to ‘unmask’ online trolls, announced over the weekend, with the exposure draft of the anti-trolling bill released this week. It will require social media platforms to reveal the identity of those posting defamatory material anonymously, or pay the price of defamation. In Germany platforms can face fines of up to €50 million if they don’t delete racist, defamatory or illegal speech within 24 hours.

Morrison claimed the legislation would be some of the ‘strongest powers in the world when it comes to tackling damaging comments from anonymous online trolls and holding global social media giants to account’ – though China already has had laws against anonymous online commenting since 2017.

Experts were quick to suggest the Australian focus on defamation won’t curb online bullying and cyber hate, and could impact others who have good reason for remaining anonymous online, including whistle-blowers, with social media companies required to be able to identify all users.

It’s a continuation of a long-running effort by Australia to reign in the social media platforms, with a slew of legislation on the go, including the Online Safety Act, passed in June and giving the eSafety Commissioner greater powers, and the Online Privacy Bill, the exposure draft of which was released last month, and which would enable the creation of binding online privacy codes for social media and online platforms.

The ACCC too has had big tech – in this case their anti-competitive behaviour – in its sights in recent times. It has suggested a raft of reforms to pull the companies in line.