News > Local businesses spending up large on (some) tech

Local businesses spending up large on (some) tech 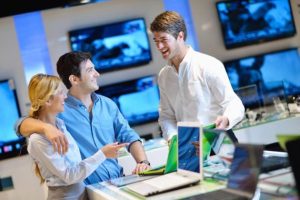 While others fall by the roadside…

Australia and New Zealand businesses are charging ahead when it comes to IT investment, with both countries forecast to see growth in spend well in excess of the global average this year.

Gartner says in Australia spend on tech products and services will hit AU$93.7 billion this year – up three percent on last year, with that growth expected to increase further next year, climbing another 4.6 percent to reach almost AU$98 billion.

New Zealand’s growth, though not as large, follows a similar story with a 2.3 percent increase forecast for this year, to hit NZ$13.4 billion, followed by 3.6 percent growth to NZ$13.9 billion in 2020.

Globally spend is project to total US$3.7 trillion in 2019, up 0.4 percent year on year, before rebounding in 2020 with 3.7 percent growth, thanks largely to enterprise software spending.

Both Australia and New Zealand are forecast to see big increases in software spend, with New Zealand spend rocketing 25.1 percent between 2019 and 2021 when it hits $2.7 billion, and Australia close behind with a 24.8 percent increase to hit $21.1 billion.

While Gartner offers no explanations behind the Australian and New Zealand figures it has previously noted the growth in dominance of CRM as the largest and fastest growing enterprise application software category across the region. Australian businesses invested almost AU$2.3 billion on CRM last year – up 19.4 percent – while New Zealand spend on CRM was up 13.9 percent to NZ$220 million.

Security spend was flagged as a driver globally – something also likely to be playing a role in local figures with increasing regulatory compliance and reporting requirements gaining prominence and driving security spend.

Device sales drop across both countries as do sales for data centre system sales, no doubt driven by the increasing reliance on cloud services.

IT services, the largest market in Australia, will see a 9.5 percent increase to 2021, when it will hit 37.6 billion. In New Zealand, where it’s the second largest market, it will also see robust growth of 10.1 percent, from a much lower starting base, to hit $4.3 billion.

One key driver in Australia’s growth is the banking and securities sector – Australia’s second largest tech spending industry after communications, media and services, accounting for 19.2 percent of total enterprise spend.

Gartner is forecasting growth of 5.4 percent, to AU$18.5 billion in 2020 for the sector. Driving that spend are new investments in modern business intelligence, augmented analytics and robotic process automation software.

“The banking and securities industry continues to spend in pursuit of digitalisation, whether through digital business optimisation or transformation,” says Gartner research director Neha Gupta. The introduction of open banking is also driving new investment, she notes.

In fact, Gartner says the adoption of modern BI within banking and securities organisations will outpace adoption within other industries by 2023, with the sector also taking the lead in deploying RPA – most large banks will have adopted the technology in some form by 2023, Gartner says.